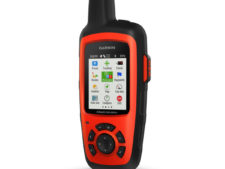 Update: The Himalayan Times’ Rajan Pokhrel says the report is false and the chief of Nepal’s tourism department, Durga Dutta Dhakal, was incorrect.

News reports are indicating that Nepal will test using GPS trackers attached to Everest climbers to expedite rescue and prove summits. Will this work? Will it make any difference? Let’s take a look.

Popularized by the SPOT Personal Tracker in 2010, a small device that transmits a user’s GPS location to satellites and then on to anyone interested, the Nepal Government is hoping the technology will expedite rescues and verify summits on Everest in 2017. They will supply a $300 GPS device to a few climbers as a test.

Climbers have been successfully using GPS devices for many years but they are not 100% realiable. Batteries run out, users forget to turn them on or drop the device. At times, it will send incorrect coordinates due to the signal bouncing off mountain walls. Also they require a clear view of the sky, so in steep terrain or inclement weather the signal will not reach the satellite.

I have used them since 2011, including to the summit of K2 and Everest successfully. However, at times my location was off by tens of miles.

The usual proof of a summit is a photo of the climber clearly on the summit. Their face should be clearly identifiable with some unique feature in the background. Of course bad weather can prevent much of this.

The article suggests the GPS device will be “examined” once the climber returns to Kathmandu to validate their track.

Finally, let’s state the obvious – the ‘proof’ will be that the device summited, not the person to whom it was registered. In other words, one could give the device to someone else, who could carry it or several of them, to the summit.

GPS devices have saved many lives around the world. But usually it has not been in an extremely remote location like the Himalayas.

Search and Rescue organizations have welcomed the devices as it has narrowed the search area, and depending on the device (Garmin InReach for example), valuable information can be transmitted if there was an injury.

The key to rescues on Everest will be to have qualified individuals located near the victim to reach them quickly, have medical knowledge to assist and the ability and tools to perform a rescue.

The risk is that climbers assume if they get in trouble, help can be summoned thus they take extreme risks with route selection, terrain or weather and conditions.

My bottom line is that using the devices will certainly not hurt, and may help if used properly. But as with all devices to prevent fraud, there is always a way to work around them.

One Response to “Everest 2017: Will Required use of GPS Make Everest Safer? – False Report”