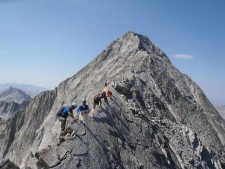 Hiking and climbing in the Colorado Rocky Mountains is supposed to be fun, not deadly. Most accidents and death happen when a person lacks the experience or exercises poor judgment. Take your time, learn the basic, follow the known rules and have fun.

Certainly things can happen beyond your control as I experienced earlier this year when a gust of wind knocked me over at 11,000 feet on Twin Sisters Peak, a walk up outside of Estes Park. I broke my leg in three places and was rescued by search and rescue. I could have avoided the entire incident by not going out that day, but that defeats the purpose of being in nature for me. Also, I was training for an 8000 meter peak a few months later.

Colorado is blessed with the Rocky Mountains running south to north across the state. Depending on how you count them, there are between 53 and 58 mountains over 14,000 feet (4,266 meters) in height but only 53 are noted as ’14ers’. To qualify as a 14er the peak must be 300 feet higher than the saddle of an adjacent peak. A notable exception is North Maroon Peak so 54 has become the ‘official’ number.

On the popular climbing site 14ers.com member TravellingMatt made this chart:

It is estimated that over 3,000 people have summited all of them.

Before I get into the deaths, let me express my condolences to the families, friends and teammates of those lost.

Capitol Peak is well known as one of the most difficult 14ers by the standard route. The members of 14ers.com rank it as the most difficult followed by Little Bear Peak, Pyramid, North Maroon Peak, Crestone Needle and Sunlight Peak.

In late August 2017, Ryan Marcil, 26, and Carlin Brightwell, 27 both of Vail, apparently fell to their deaths near the summit of Capitol Peak. It is presumed they were involved in a rockslide according to sheriff’s office reports.

In July 2017, Jake Lord , 25, of Parker, Colorado, died after a boulder he was climbing over came loose causing him to fall between 160 and 330 feet off the ridge between Daly Saddle and K2. His climbing partner was behind him and had him in sight.

In August, Jeremey Shull, 35, of Parker Colorado also fell just before the notorious Knife Edge ridge. He was out of sight of his climbing partners.

Yesterday, August 27, 2017, another person, name not released but 21 years-old was found after he fell taking the non standard route down near the knife edge. The Aspen Times reported that he got separated from his climbing partner after a dispute Saturday on how to descend from the Capitol Peak summit and later fell 600 to 700 feet to his death. They went on to say “Deputy Anthony Todaro said the department received a call at 8:45 a.m. Sunday from Brandon Wilhelm of Pine who said he and his friend reached the summit about 3 p.m. Saturday, but on the descent they became separated at the Knife Edge when they argued about the route.”

According to the Aspen Times, since 2000, 18 people have lost their lives including the five this year on Capitol peak

This is my report on climbing it for the first of three times back in 2009. 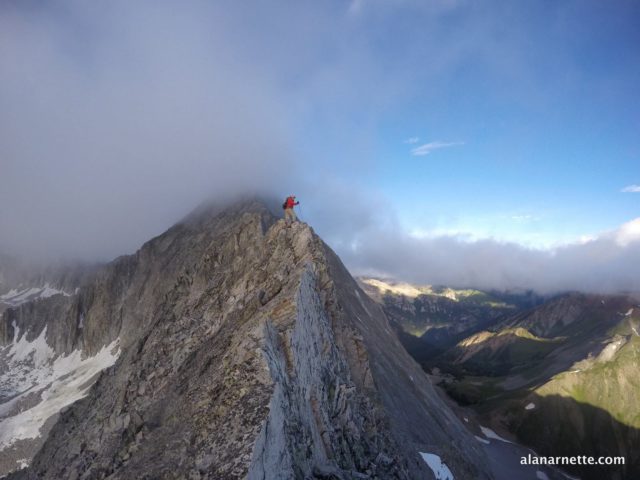 On May 27, 2017 Jeffrey Bushroe, 27, a soldier at Fort Carson died of hypothermia. The Pitkin County Coroner’s Office said he had fallen and several visible injuries to his head and leg.

27 year-old Barney Criz from Seguin Texas died from an apparent rock fall between Blanca and Lake Como, maybe a little higher than Crater Lake according to the County Sheriff. Witnesses heard rocks sliding and then saw the body of the man who had fallen per this report. The incident occurred on 29 July 2017.

Matthew Wayne Lackey, 31, Boulder Colorado free fell 40 feet after a boulder he was holding onto came loose. Other climbers were near him when the incident occurred.

A climber on 4 September 2017 was reported descending Challenger about 150′ down, lost footing and fell into a bit of a feeder gully that dumped into snow couloir. source: Custer Country Search and Rescue

Pawel Abramczyk, 39, of Thornton, Colorado  apparently fell to his death in a section known as the Loft. it was snow filled in March 2017. He decided to turn back near the top of the Loft and became separated from his climbing party.

In October 2016, 61 year Scott Corliss slipped on ice in the Narrows section of the Keyhole Route and fell 100 to 150 feet to his death. Three people died on Longs Peak in 2014, and a Montana man’s body was found at the bottom of Lambs Slide in October 2015.

About 62 people have died on Longs with falls representing 60% of the casualties. There were eight deaths from falls off the extremely technical Diamond, followed by six off the Ledges on the Keyhole route then five off the Narrows according to The Coloradoan. 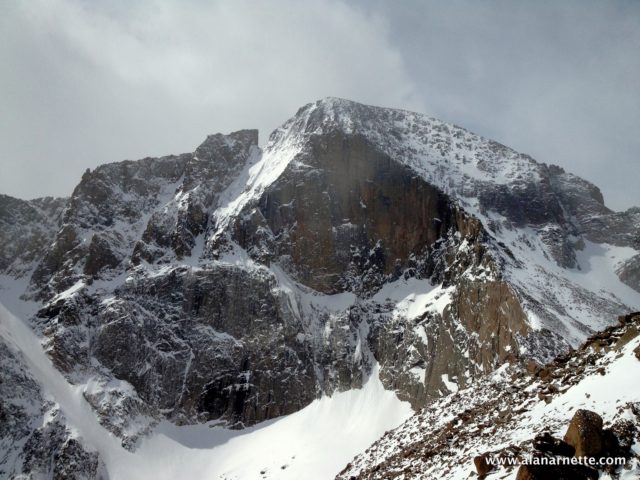 How to Stay Safe

There are several straightforward ways to reduce your risk, but there is never a 100% way to stay safe while hiking, climbing driving or living.

One final thought. We all read on the internet, forums, guide books and hear from friends and strangers on the “difficulty” of a hike or climb, but how do you know what is meaningful for you?

Yes, there are standard rating system like the Yosemite Decimal System but you can get into pointless debates about the difference between Class 3 and Class 4 so much so the new climber will zone out and just ask “So, how hard is it?”

To state the obvious, an opinion based measure is relative to that person’s experience. This summer a person was rescued off Bierstadt – a 14er widely acknowledged in the “easy” category” and of course my own rescue off Twin Sisters  😐 . Both of these were easy and people will roll their eyes that anyone got hurt – and that’s the point – you can get hurt on any hike, any climb, any mountain.

The individual on Bierstadt was quoted by the Alpine Rescue Team:

“It was a lot more difficult a hike than I thought from reading 14ers.com” – quote from injured subject on Mt. Bierstadt”

It is critical that you make your own decision on the difficulty of a climb. There are excellent resources for the Colorado mountains ranging from the website 14ers.com to excellent guide books from Gerry Roach and Lou Dawson. Read the route description, review the pictures.

If it looks challenging, it probably is. Over time, as you gain experience, your judgment will mature along with your skills so when you say a climb is “easy” or “difficult” you have your own credible reference. So when giving advice, always add that caveat on your experience.

P.S. Mountain accidents are occurring at an alarming rate across the globe. Just this past weekend a series of climbing accidents killed 8 in European alps