September 21 is World Alzheimer’s Day and with it comes the normal volume of news with huge numbers – millions, billions and trillions – trying to capture the scope and size of the problem, people impacted and costs and it comes with scary words like crisis, tsunami, and urgent.

But, with respect to these stories, it all about you.

For me the millions who have Alzheimer’s’ pale in comparison to the one who was killed by it, Ida Arnette. Never in my wildest moment did I think she would develop the disease and would not recognize me the last years of her life. Nor did I accept that four of her sisters would also die from Alzheimer’s: Kay, Chris, Carolyn, and Hazel. 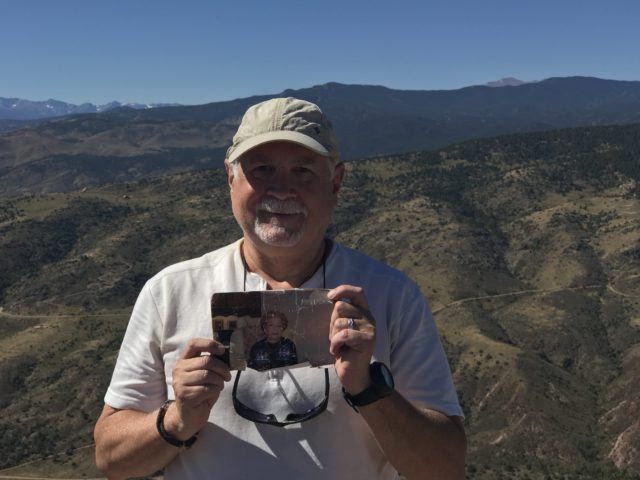 With this post, all I want to do is make Alzheimer’s personal to you.

If you have a family member with it, or know someone who does, you are already there. Often these outreach programs cater to those who already understand the problem. We need to reach those who don’t.

I don’t like scare and fear tactics for building awareness and promoting action. Seeing those commercials about starving and abandoned puppies causes me to change channels, not take action.

Similarly, showing me pictures of people in nursing homes, with their chin against their chest, slowly dying is not a call to action. We all will die at some point, the question is can we pass with dignity.

Alzheimer’s often does not allow someone to pass with dignity. Many become angry, violent and are put into an almost coma like state to “control” their outburst. Again, this is unacceptable but for some, the only way and even for some physicians, their only “cure”.

If you have read my previous writings you already know these facts from the Alzheimer’s Association:

1. Half of adults aged 85 and over have Alzheimer’s.

2. More than half of the 5.4 million Americans with the disease may not know they have it.

4. Symptoms of the disease can develop in people as young as age 30.

5. The incidence of Alzheimer’s will increase to every 33 seconds by 2050.

6. The disease is the 6th-leading cause of death in the U.S.

7. There are over 15 million American caregivers for someone with Alzheimer’s or another form of dementia.

8. There is an increased likelihood of depression, emotional stress and financial problems among caregivers for those with the disease.

9. The total cost of health and long term care services for Alzheimer’s is $259 billion.

10. There are an estimated 800,000 Americans with the disease living alone.

There is no proven way to stop Alzheiemr’s once you get begin to develop the plaques in your brain. Research suggest it starts 10 to 20 years before you show any symptoms. So the best defense is the same advice we have all heard about maintaining a healthy heart: diet and exercise plus staying socially active.

Research is the key to finding a cure and it takes money. The US Congress is slowly adding funding to the National Institutes of Health for research on aging, Alzheimer’s and related dementias – against the Executive Branch’s wishes.

In 2009, funding for Alzheimer’s research thru the National Institutes of Health in the US, was about $500M annually, for 2017 it is close to $1 Billion.  Most experts believe it will take an annual research budget of $2 Billion to make significant progress. In 2017, Cancer will receive $6B in funding, HIV/AIDS, $3B.

Education is critical to action.  Nearly 60 percent of people worldwide incorrectly believe that Alzheimer’s Disease is a typical part of aging – it’s not – it is a disease just like Cancer or Heart Disease. In that same study, 40% believed AD was not fatal – it is.

If you do nothing else today, sign a petition on these links here or here to tell Congress to act (believe it or not, these things work). Also please consider making a donation of any value to any of these organizations, or one of your choosing.

So, take care of yourself, become informed and become involved.