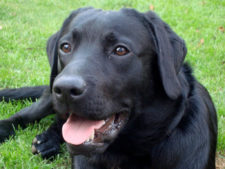 Christine, 84 years young came up to me after a recent talk I gave on my K2 summit in 2014, both a success and an epic. “I don’t understand.” She said shaking her head in a bit of disapproval. I simply replied “I understand that you don’t understand.”

With that, I expect only a handful of my readers to understand this post.

You summit the mountain of your dreams. You did it in style with great friends or teammates. Everything was perfect. You come home excited, full of energy and then it hits … your emotions drop like a rock in a still pond. All ambition is gone. You mope around like you just lost your dog.

At first you chalk it up to being tired, after all you trained for a year, pushed yourself to reach the summit, and back. You are tired. But something else is going on. You are depressed, not ally but you are really down.

I understand. I’ve been there – a lot.

You come home and friends, families, strangers, the family dog are thrilled to see you and heartfelt congratulations are offered, drinks are on the house. Just as you get ready to talk about your proud achievement, all the drama, how you dug deep, the personal life lessons you learned, your audience turns the table on you. “Great job. You must be so happy to get this one done. So, what’s next?”

And so it begins. Of course you have pondered this question and have some ideas, but you want to take some time to reflect on the last climb before thinking about the next one.

But this is not why you are feeling down, it goes much deeper.

The last year has been all about your goal. You made sacrifices. So did your family. Your closest friends grew accustomed that the ‘climb’ was all you wanted to talk about. You denied it had become an obsession, but everyone else said it was. And now it was gone. You have a huge hole in your life.

Instead of celebrating your success, you are drawn into the “no future goal abyss”. Trying to explain it is futile, no one understands except for a few fellow climbers, your friend, your partner.

How long you remain in the hole is a big question. There are no ladders, no shortcuts out. It just takes time.

No Summit – What Happened?

This one is easier to understand. You ‘failed” (I don’t like that word used in association with climbing) and it’s your fault. You reached that point in the climb where you met yourself and you turned back. You know it. You know it deep down and it hurts.

Rationalization is a wonderful thing. Coping mechanism at the , and worse. You struggle to explain to friends, family and the dog what happened. It’s difficult to simply say “It’s all on me.” But that’s the truth, and the truth hurts. But the dog is still thrilled to see you every time you reenter the room.

And those friends who ask how did it go? Well the conversation starts with “Did you summit?” and you respond cautiously beginning with “No, but …” and go into a lengthy explanation of how the planets align, tectonic plates, vagaries of weather forecasting, bacterium versus viruses and ….  When your audience regains consciousness they ask “Wow. So what’s next?”

Perhaps the easiest and the hardest of our three scenarios. You have a built in excuse but you still didn’t accomplish your goal.  On the flight home, you go thru the five stages of climber’s denial: 1. Pissed off 2. Dejected 3. Heavy drinking  4. Sleep 5. Planning the next climb.

Everyone understands but no one wants to hear the details. Once again, you find yourself alone in climber’s depression.

Not summiting, or achieving your goal because someone else didn’t do their job is tough to accept. After all, their lack of ‘whatever’ was not your problem, but it became your’s.

Not summiting because nature decided to do a random act of “whatever”, was never on your radar, but once it occurred, you had no choice but to accept Her wrath, hopefully with dignity … but some days that is harder than others.

Your friends, knowing you didn’t summit, tread lightly upon the first meeting. “Tough break. You did your , but these things happen. Hang in there.” and then …. “So, what’s next?”

If you have ever climbed, rock, ice, foothills or the big ones, you know how it feels.

The elation of reaching your goal, the loneliness of not. After the climb is often the toughest phase. The land of “tweens”. The time of annoying questions.

And the time to pick yourself up, get on with life and to tell your entire story, in vivd detail, to the family dog …

26 Responses to “The Climber’s Depression Abyss”