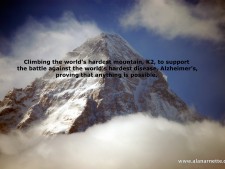 Thanks for following my attempt on K2 to raise awareness and funds for Alzheimer’s non-profits: Cure Alzheimer’s Fund and UsAgainstAlzheimer’s. Thanks again for Abila for their support.

This post is a quick update on my training a brief discussion on the hazards around K2.

K2 has the reputation of being the world’s most difficult mountain and one of the most dangerous. Other mountains and routes may surpass K2 in difficulty but when combined with the altitude, the world’s 2nd tallest at 28,251′ has to be near the top.

There are about 10 named routes on K2. When asked what is the easiest route, most people who have climbed K2, say simply there are no easy routes on K2. If forced, they cite the Abruzzi as the one most climbed thus the “easiest”,  however it also has the most deaths due to its popularity.

As for danger, this table summarizes it well: 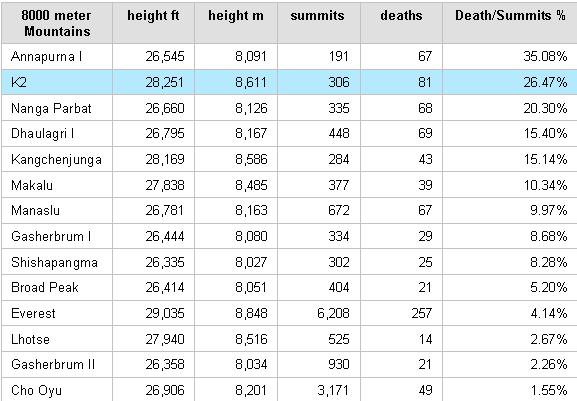 The most significant danger on K2 comes from rock fall and avalanches. The huge ice serac looming near the summit is the clearest objective danger as it can release large parts with zero notice falling directly on the most popular route.

The rock fall is ever-present, sending large and small objects directly on top of climbers in the narrow gullies that cannot be avoided.  The helmets cannot protect climbers from these meteors.

Given the steep, icy and avalanche prone terrain, falls are prevalent. Some climbers fall even when attached to fixed rope but most are not clipped in, a mistake or perhaps unavoidable, slipping down steep icy slopes where self arrest is not an option.

As if all of this is not enough to make any sane person avoid K2, there is the fact that climbers are above 20,000 or 25,000 feet, struggling for oxygen, pushing their bodies to the physiological limit climbing steep and dangerous terrain with no relief. Many climbers die simply from exhaustion, for lack of a better term.

According to 8000ers. com, the 81 deaths can be broken down as follows:

A look at the Dangers

These two videos will give you a bit of insight into the climb. I don’t expect you to watch the long one from my friend Tunc Findik all the way through but if you have an interest it is very well done.

Fast forward to 27:04 to see the most difficult part of the climb or often called the crux. It is an area called the Bottleneck at 27,200′ which is near vertical rock wall covered in ice and snow. Note the climber in the middle at 27:17 making a delicate move across the face.

Another video is a trailer lasting about 2 minutes that is good providing a fast overview of climbing K2. Also the film, The Summit, is an excellent documentary that covers the tragic events of 2008 where my friend Ger McDonnell died after his summit along with 10 more climbers. Kami Sherpa, whom I climbing with this year was on K2 that season.

So, why am I doing this and do I know what I am doing? If you want me to be candid, the bottleneck is the section that has me worried so I am practicing that move here on rock walls in my big boots and crampons as shown in the photo gallery in this post.

I know from my 2006 climb of nearby Broad Peak, the terrain starts steep and never lets up. It will be physical, demanding and push me beyond anything I’ve ever, ever experienced.

I will lose weight, perhaps as much as 10% of my body weight or 17-18 pounds, I will get some kind of upper respiratory infection, I will get the normal traveler GI problems.

I will get discouraged and down, missing home, looking back on life, and I will consider my future.

And I will climb in the moment.

I will draw on the love of my family and friends, I will rely on my previous climbing experience. I will draw on my purpose that fuels my passion.

I know clearly why I am climbing K2 and I will say this today and forever – it is about the cause, not the climb.

I can never say this enough but thank you for your support of my Alzheimer’s advocacy work and this climb on K2. Please consider becoming a K2 Team Capitan to raise awareness and funds. Any amount is genuinely appreciated. If it is meaningful to you, it is meaningful to me. Sign up at this link or make a donation today. This is why I am climbing K2.

My training is going well as I’m spending a lot of time in the Colorado mountains. I’m focusing on fitness through long days -12 hours of demanding climbing at 12,000 – 14,000- feet plus shorter days of technical climbing to work on skills. I am feeling stronger with each climb. I leave home later in June.

Follows are a few shots from my recent climbs here in Colorado. 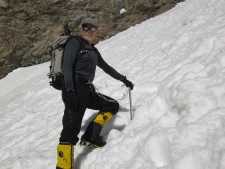 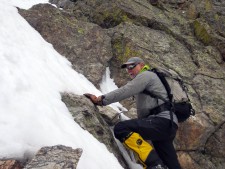 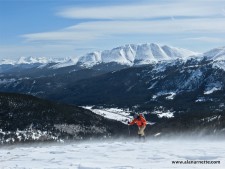 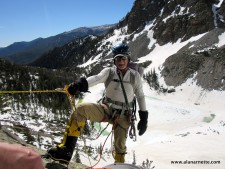 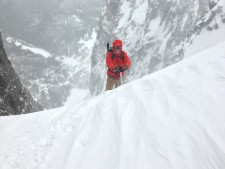 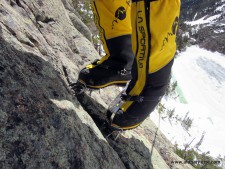 Working on crampons on rock skills 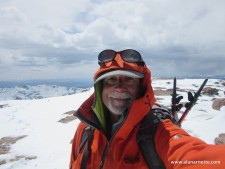 49 Responses to “K2: Why K2 is Dangerous and Difficult”