As I climb the world to end Alzheimer’s, I have taken literally thousands of photographs. I am posting many on Facebook over the next few months and will do a weekly summary post here on my site. I hope you enjoy them.

This is one of my favorite memories from Antarctica’s Mt. Vinson at 16,050’/4892m in December 2010. We were approaching the summit using the so-called right-hand variation lead by IMG legend Phil Ershler. I documented the moment in my trip report:

“ … we made steady progress to the next ridge where we meandered around jutting rock formations and large boulders marking the highest ridge in Antarctica. As I looked out across the horizon, I had to keep reminding myself that the white I was seeing was not clouds but snow and ice. It was simply breathtaking.

I was following Phil as he came to a high step at a snow wall. “I am touching the summit plateau. Don’t fall here!” And with that he took a big step, assumed the stance of a sea captain looking over his crew and monitored each of us as we duplicated his moves.

I stepped on the summit area and immediately saw a small snow prow jutting into the air – a tiny spot symbolizing the highest point on the Antarctic continent. With no control or editing, I let out a whoop of delight.

We spent an hour on the summit – forever in mountaineering time. But the skies were clear and there was no wind. Temps were near -20F but I felt like I was on a beach.” 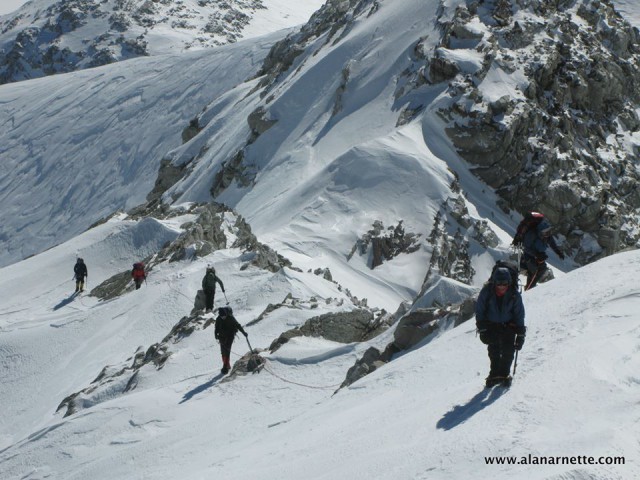 After summiting Mt. Kilimanjaro in Tanzania, we went on a short safari in the Serengeti. As much as I love climbing, the safari topped everything else on this trip to Africa.

One moment is forever etched in my memory. Off to the right of the Land Rover walking slowly, methodically through the tall grass, was a full grown male Cheetah who suddenly stopped in his tracks. Slowly he turned his head to the left in order to see what the noise was all about. Perhaps it was lunch? Or maybe a mate, but no, this time it was just another load of tourists with their cameras clicking away.

He moved on, not bothered in the least. Of course if he had wanted to, he would have taken off going from a dead stop to full speed of 60 miles per hours in just 3 seconds.

Less than 10,000 of these magnificent creatures remain on earth. I am grateful he shared a few moments with me that September 2011 day. 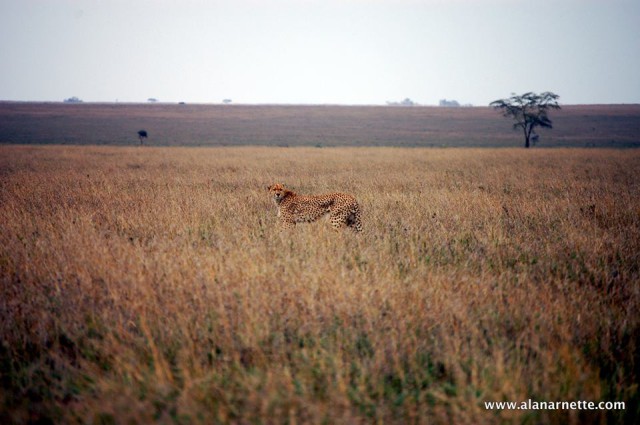 The most exotic of the 7 Summits has to be Carstensz Pyramid in Puncak Jaya Indonesia at 4884 m (16,024 ft). it is the most “technical” of the 7 Summits, you do a bit of rock climbing, rappelling and a fun move called  a Tyrollean Traverse.

Basically you hang upside down from a rope/cable by your harness praying the cable was not installed by the headhunting, cannibal natives and that the inventors of nylon webbing knew what they were doing. If something fails, it’s several hundred feet to the first bounce off the rocks – a serious bad hair day!

I understand they recently installed something called a Burma Bridge but I don’t think it an improvement. 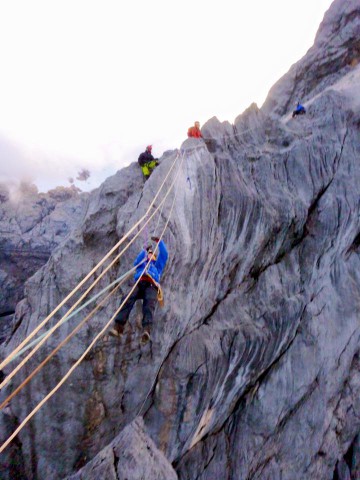 As we took our time to adjust to the ever increasing altitude, we stopped at several towns. Outside of one desolate town, Tingri, I came upon 50 tents – Tibetan nomads. The dark skinned Tibetan men enthusiastically gambled, rolling dice on the only paved highway for miles while the women tended to the sheep.

I made my way to one pyramid shaped tent and gently looked towards an open flap. I made eye contact with an impressive woman and glanced at my camera, she simply nodded and placed her right hand on grand-baby’s leg. She looked at me for a slight moment as I pressed the shutter, careful to let the camera focus on this special moment.

I slightly bowed my head and said thank you. I gave her a dollar bill. She smiled and pressed her palms together as I moved away.

I wonder where these nomads are today, 17 years later. Are they still tending to their sheep, raising their children, living off the land? I would like to think their lives remain pure and simple in this difficult world. 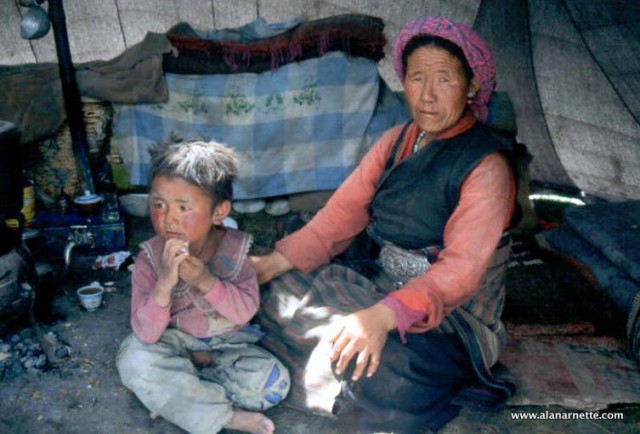 Ama Dablam is often considered one of the world’s most beautiful peaks. I was fortunate to summit it in October 2000. Standing tall at 22,494 feet or 6828 meters, it’s about 30 miles south of Mt. Everest. Anyone who has trekked in the Khumbu has many photos of this spectacular peak.

Today Ama Dablam is quite crowded, as are many of the popular Himalayan Peaks and that is why Nepal opened up 104 new peaks for climbing last year. But in 2000, there was only a few other teams on the mountain and we had the summit all to ourselves.

We had only one Sherpa, Lhapka, with us and he was amazing. The picture is of him approaching Camp 2. By the way, I’m looking forward to seeing the new film, Sherpa, featuring Phurba Tashi Sherpa of Himalayan Experience fame and who is tied with Apa Sherpa for a record 21 summits of Everest.

When I first saw Ama Dablam in 1997 on a trek to Everest Base Camp, I dismissed it as impossible; I didn’t have the skills or ability to even attempt it.

It was on my descent from the summit and back to the village of Khumjung when David Hiddleston of Adventure Consultants made a statement, or perhaps a question to me, that began to define my climbing career: “Well mate, now that you’ve done Ama, it’s time for Everest.”

And so it began. 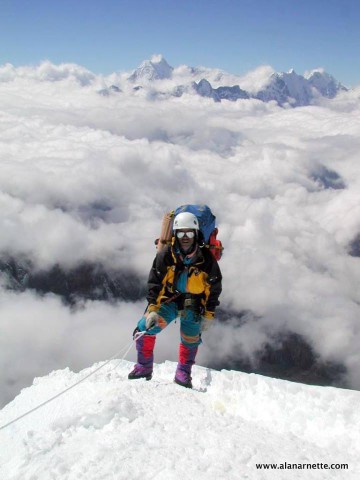