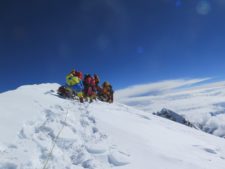 British-American Vanessa O’Brien who summited K2 with Mingma was not with them but apparently, as reported by Mingma, Fredrik Sträng went along to nab Broad Peak thus not wasting his trip to the Karakorum after not being able to summit K2.

Fedrick from Sweden also made it but he is not part of our expedition. Summit videos will be posted tomorrow. Thanks for following us. 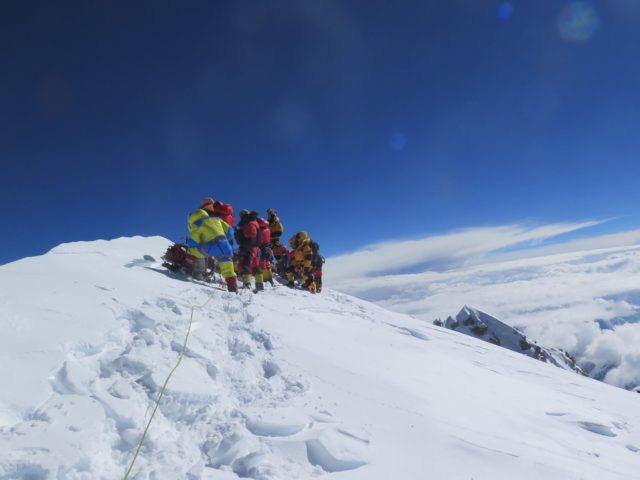 The world’s highest peaks used to be the domain of climbers from Italy, Spain, and the like but in recent years, Sherpas from the Makalu and Rolwaling have taken on the big peaks and are knocking them off in quick fashion.

Nationalities of climbers who have completed all 14 of the 8000 meter mountains.

Funded by low climbing permit fees in Nepal along with guiding western members, they have been able to summit multiple 8000ers each year when it used to take many years, if not decades, to accomplish this coveted mark in mountaineering. Reinhold Messner took 16 years, 1970-1986, to summit all 14 whereas Irian Azim Gheychisaz took nine years from 2008 to 2017.

Chhang Dawa Sherpa and Mingma Sherpa set the Sherpa standard when they summited all 14 and started the guiding company Seven Summits Treks aka 7S. Today 7S has emerged as one of the largest Nepali guide companies with close to 100 members each season on Everest alone.

Dawa set the age record as the youngest climber to summit all 14. His last 8000er was Dhaulagiri in 2014 at age 32. He and his brother were born in the Makalu region, not the Khumbu, thus putting their region on the climbing map. Today many Sherpas on Everest are from Makalu and Rolwaling.

Finally, I want to point out that Mingma Gyalje Sherpa did use supplemental oxygen on K2. I am very impressed with his decision as he is clearly capable of summiting without but choose to use Os given he was guiding members.