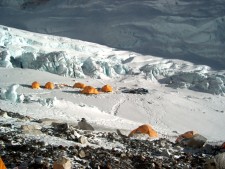 In this case the forecast was spot on for huge winds from Cyclone Fani. Lots of damage reported. Expect a very quiet weekend as heavy snow could be next. I assume there will be limited movement between camps on either side.

While we watch climbers on Everest, India and Bangladesh are being pummeled. Winds near 140mph/225 kph were measured as it hit land. Extensive devastation is expected. Over 100 million people were in the storm’s direct path.

I will update this post as new information becomes available

The rope teams on both sides have retreated to base camp to wait out the storm. This should be a 2-4 day delay. Teams wish it doesn’t happen, but in the big picture will not make a huge difference in summit schedules, unless there is another delay or storm.

Now there are a record 378 permits issued to member climbers on the Nepal side. No updates from Tibet.

Chris Tomer of Tomer Weather Solutions who nailed the wind forecast but is uncertain on the amount of snow Everest will get:

I’m still forecasting snow today and Saturday morning then drier.  Don’t know how heavy it will be to be perfectly honest.  I’m watching the water vapor satellite and I can see the moisture is on the move in the general direction of the Everest region.  I can see a moisture plume fanning off the summit of Everest.  The current wind direction doesn’t support snow that high but could later as Fani moves by. 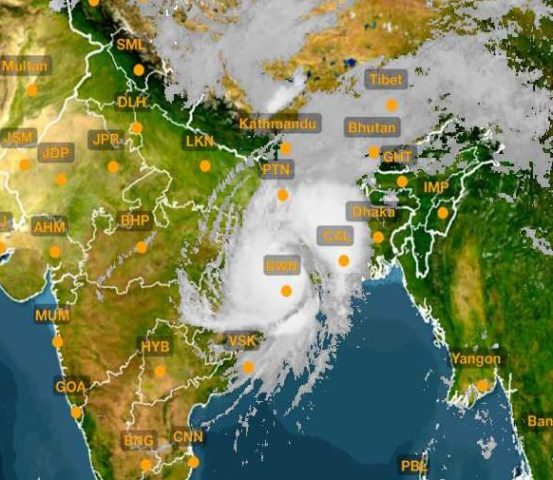 Nepal – Holding Tents Up with Hands

There are multiple reports, mostly from Camp 2, that the winds are horrible. Climbers are inside their tents, using their hands to hold to keep it from imploding. 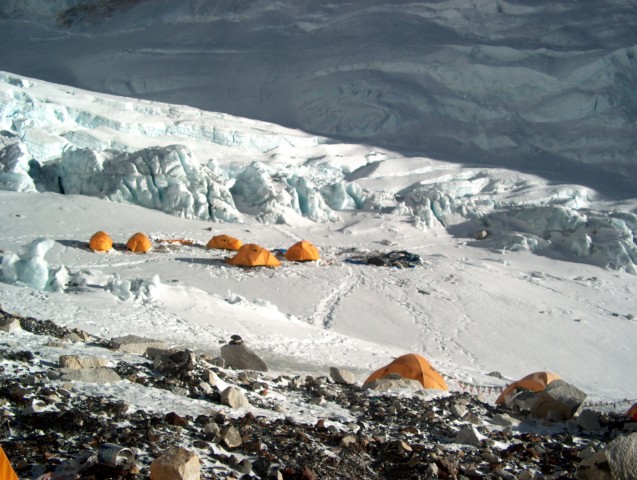 Sometimes one side of Everest gets hit and the other is spared but not this time. The North Col got hit hard but also ABC and CBC.

Adrian Ballinger sent me this update 8:00 pm his Friday night:

Many tents on the col were destroyed in the storm last night. That’s a lot of extra work for the sherpas. Now we get some snow from cyclone Fani and then the jet will stay close to Everest for the next week. Rope fixing team descended to basecamp. I wouldn’t expect rope fixing progress until after 10tg No risk to our expedition. We have plenty of extras for most items (tents, stoves, sleeping bags, etc)…members down suits (6 of them) is worst loss…we will be juggling a bit, or possibly get an emergency shipment from Eddie Bauer