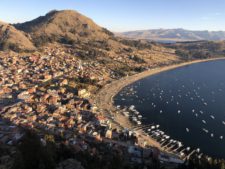 We are well into our Bolivian climbs and I want to announce a change for the Alzheimer’s fundraising.

Thus far I’m very impressed with the mountains of Bolivia. Our Mountain Madness team of eight with two guides spent the first week in Bolivia touring the city of La Paz before moving to the lakeside city of Copacabana on Lake Titicaca. We took hikes up to 13,200’/4023m for acclimatization and took in some extraordinary views of the area. 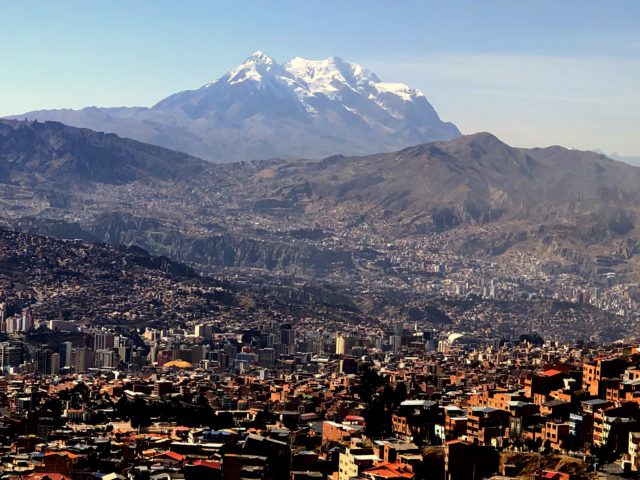 There is a tremendous amount history associated with the lake pre-dating the Incas. According to Wikipedia, in 2000, a team of international archaeologists found the ruins of an underwater temple, thought to be between 1,000 and 1,500 years old, perhaps built by the Tiwanaku people. The ruins have been measured to be 200 by 50 m (660 by 160 ft). 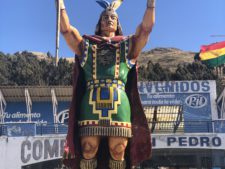 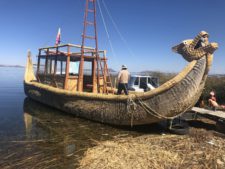 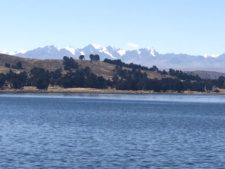 We had a local cultural guide, Rosa Maria, who was a wealth of knowledge and talked in detail about the Tiwanaku people, their traditions today and the impact of the lake on Bolivian and Peruvian culture. Copacabana is a popular tourist destination with families boating and swimming on the beaches. By the way, the lake trout was amazing, more like salmon! 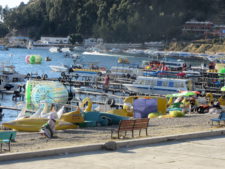 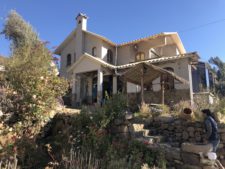 The first night, to continue our acclimatization, we took a short hike to the top of Cerro Calvario Hill, 13,215′ to watch the sun set. This is a sacred hill with the summit lined with small monuments representing the 14 Stations of the Cross. Pilgrims visit the Stations for prayer and penance and many tourists climb the hill for its fine views. 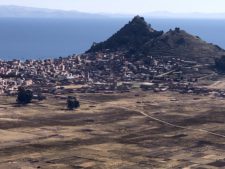 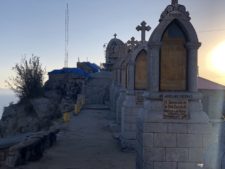 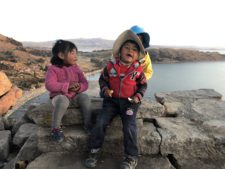 Children on the top of Cerro Calvario Hill 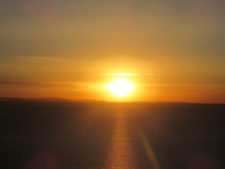 Sunset from the top of Cerro Calvario Hill

We spent two nights at Copacabana, hiking, including an acclimatization hike to 13,300’ on the Isla del Sol that started and ended with an hour boat ride from Copacabana to the island. Once again, the sights were impressive as we walked about six miles that day. 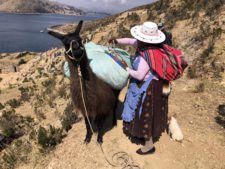 Bolivian lady with her llama and puppy on Isla del Sol Bolivia.jpg 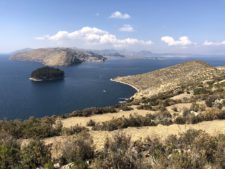 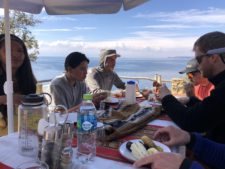 Next was the drive to the trailhead for our attempt of Pequeño Alpamayo, or Little Alpamayo Condoriri Group in La Coordillera Blanca. I’ll cover that experience in the next post.

with a Donation to Alzheimer’s Research

I was hoping a new idea might bring new opportunities for Alzheimer’s fundraising but there has not been any individual, group or company contact me to on my offer to speak at any event in any mainland US city as long as the organizers would guarantee a minimum of $5,000 will be donated directly to a research-oriented Alzheimer’s non-profit. It’s not too late Click this link to add your “bid” and the highest bid over $5,000 will win!

But there is always the traditional method!

Instead of the event, I am asking that for my 63rd birthday this Saturday, July 27th, 2019 that a donation in any amount that is meaningful to you be made to the Cure Alzheimer’s Fund using this Crowdrise site. 100% of your donations goes to research, none ever to me. Read more about why this cause is so important at this link and how Alzheimer’s took Ida Arnette’s life. 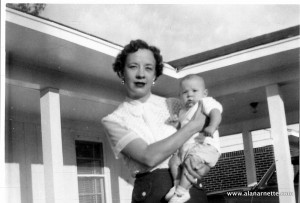 Ida with Alan at 6 months old