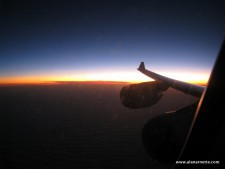 Our Everest 2020 climbers are on their way this early April. A few teams are already trekking the Khumbu to Everest Base Camp while those climbing from the Tibet side are on the road.

Zhangmu, a 6-hour drive from Kathmandu, used to be the border crossing from Nepal into Tibet, but after the 2015 earthquake, the city was so badly damaged that the crossing was moved to Gyirong, about 50 miles to the west. However, many teams today fly to Lhasa and drive to Chinese Base Camp (CBC) on a nicely paved road.

Thankfully the runway repairs at Kathmandu’s Tribhuvan airport are complete. Last year, climbers and trekkers were subjected to a 4-hour drive to the Manthali Airport in Ramechhap if they wanted to a fixed-wing flight to Lukla due to restrictions in Kat. Many teams this year will use helicopters.

The Icefall Doctors arrived at Everest Base Camp (EBC) on March 18th and have been working hard to get in the route to Camp 2. This year there are eight Climbing Sherpas led by Ang Sarki Sherpa. Each year the goal is to get the route in before any expeditions arrive, thus allowing acclimatization rotation to begin as soon as possible. In reality, it usually takes longer, mainly due to changes in the Icefall, and the Docs must navigate the route from scratch. This year may be different because, during Alex Txikon‘s winter attempt that ended in late February, they put a route through the ‘Fall noting that it was mostly straight forward and fast. Hopefully, the Docs can leverage that work.

Enabling climbers to go fast through the Icefall is critical for safety, even more so in 2020 due to the giant ice serac teetering above the Football Field, located about half-way between EBC and C1. Last Autumn, teams backed off their efforts, fearing it would release on top of them in a replay of the 2014 disaster that took 14 Climbing Sherpa’s lives in the Khumbu Icefall. This will be one of the most followed storylines for 2020.

Flying at the Summit of Everest

The flight over to Kathmandu is always a time of mixed emotions, and when you ask yourself many questions. Will I make my connections? Will I get upgraded? Will my bags make it? But probably the most important one is, Am I ready?

Looking out the airplane window, all She saw were clouds: big, puffy white clouds and the occasional dark one harboring turbulence. As the plane crossed the line between day and night, She tried to close her eyes, but sleep was elusive. Even the upgrade to a Business Class seat was not helping. Something was on her mind.

A year ago, She sent the deposit to the company Mount Everest Guides. It was a lot of money. The family had made significant sacrifices for her to go on this trip, no vacation for two years, put off the new car, again. She negotiated with her boss for two-months off. And then there was the work She put in.

While She loved to go on big climbs, knowing that Everest was her dream, She took the advice of people who had done it and climbed some of the biggest in the world to gain experience. In 2015 She did Kilimanjaro, the next year was Aconcagua, and last year, 2019 was Denali. She wanted to climb Cho Oyu or Manaslu, but time and money prevented that. But was her work enough? She pondered her chances as She finally drifted off.

2019 was a tough year on Everest. Eleven people died, most termed “preventable deaths.” Low-cost operators, offering climbs for under $30,000, had attracted a new demographic of climbers. Many lacked experience at high altitude, and in some cases, basic climbing skills. With so many people on the mountain, it created a shortage of qualified “Climbing Sherpa Guides.” That combination contributed to an indefensible situation on May 22, 2019, between the Hillary Step and the summit on the Nepal side. She was committed not to be one of those climbers who held everyone up. If She got too tired, then She would step aside and let others pass.

With a sharp twitch in her leg, She sprang back to consciousness. She had been asleep for two hours. The flight attendant came by with a lite lunch before landing in Istanbul. She was looking forward to this connection because of the legendary Turkish Air Business Class lounge at the airport. The layover was swift, only three hours. For the last leg to Kathmandu, her upgrade did not come through, so 5 hours and 20 minutes in coach. Given She would land at 3:40 am, She was going to sleep anyway.

Half-way through the flight, She woke up and glanced at the in-flight map on the monitor in seatback. Rubbing her eyes, She was not quite sure what to make of what She was reading, “Altitude: 29,035-feet,” the summit of Everest.

10 Responses to “Virtual Everest 2020: Flying at the Summit of Everest”