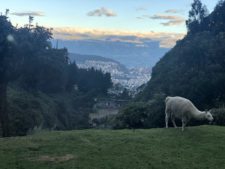 When I started telling people that “I am going to Ecuador to”, I never got out the “climb volcanoes” part before they gasped, put their hand to their heart and squealed, “you are going to love it!” Oh my, were they right.

I arrived in Quito, the capital of Ecuador, late last night after a relatively short flight from Colorado but a long 12 hour connection in Panama City, Panama. My bags arrived on time, I got a local SIM for my iPhone and easily found the driver for the 40 minute ride to one of the most amazing places I’ve ever seen, the Hacienda Rumiloma. The unbelievably quaint, romantic and stunning “hotel” is owned and run by Ossy Friere and his wife Amber. They live two minutes up the road with their three daughters on this 100 acre former rock quarry. 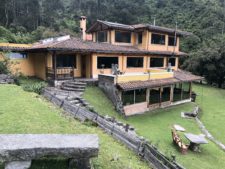 Restaurant and main building at the Hacienda Rumiloma 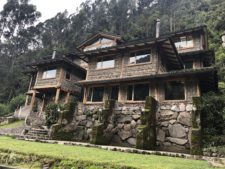 Guest rooms at the Hacienda Rumiloma 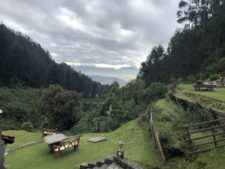 View from the Hacienda Rumiloma

I met up with my teammates, Robert and Marcin from Switzerland along with one of our guides, Ossy Friere from Mountain Madness for a healthy breakfast of fresh fruit, juice and eggs. As is normal in these expeditions, there was a bit of getting to know you, but Robert and I have know each other for over 20 years and climbed many Colorado peaks plus Orizaba together so we got to know this Google executive from Switzerland a bit and of course Ossy and Amber.

Today was an “acclimatization day” which is one of the best in my 25 years of climbing. We spent the day touring Quito and a bonus spot. Mind you, Quito is at 9,350-feet/2,850-meters so this is a real acclimatization day. Since I live at 4,950-feet, that’s my story, and … 🙂

First up was a visit to the El Panecillo, a 200-meter hill located between southern and central Quito and the 135-foot/45-meter high aluminum statue of the Virgin Mary. It was commissioned in 1976. The virgin stands on top of a globe and is stepping on a snake, however, less traditional are the wings. Locals claim that she is the only one in the world with wings like an angel. 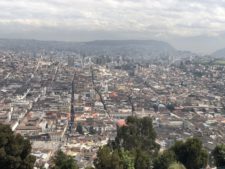 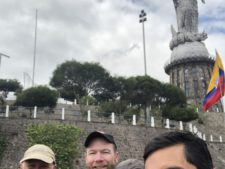 As impressive as she was, the view was breathtaking. Quito is a city of over 2 million people covering 125 square miles or 324 Km2, in other words it’s huge! The city is basically surrounded by high mountains. To the west is the Amazon rain forest and the east, only 100 miles away, is the Pacific Ocean.

Ossy, who should be a tour guide in addition to a mountain guide,  explained what we were seeing and pointed out the key building in this sprawling city. He went on to talk about the history of the Quita people, Incas, Spainish, revolutions, independence and more. This is another country with a rich, sometime violent history. Today Ecuador is known as a safe, friendly country with a forward looking government and a careful eye on the climate as they are the custodians of the Galapagos Islands.

We left the viewpoint and entered the city stopping first at a chocolate store. Ok, I know what you are thinking but new to me is that Ecuador claims to grow the highest quality Cacao. The store owner took us through the process of growing the nuts to turning them into the chocolate we love. Ecuador exports 99% of all the Cacao they grow. 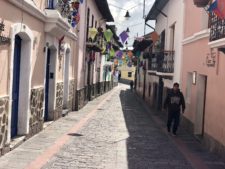 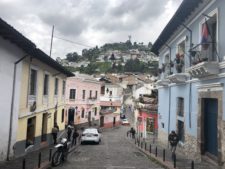 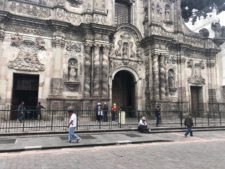 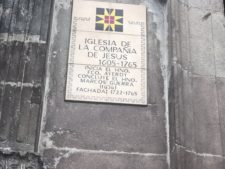 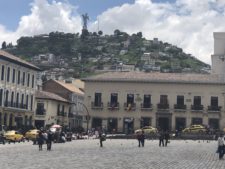 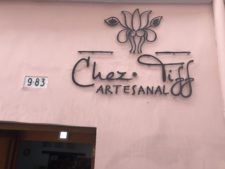 And the streets were alive with families and street vendors and entertainers. 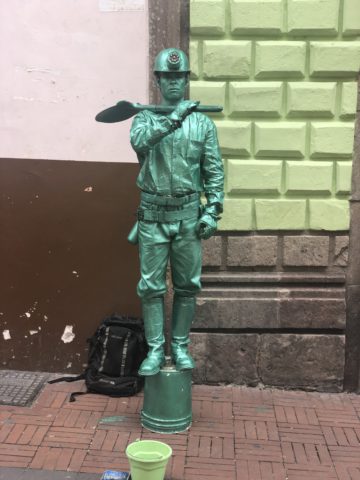 Next up was a walk through the town center and a visit to one of the most ornate churches I’ve ever seen anywhere in the world. The Jesuit church took over 160 years to build and the inside is covered in gold leaf. Lunch was near the city center and then we drove to our surprise spot – the Equator!

The equator runs across Ecuador and is only a few miles from the city center. We went to the “new” location as compared to the “old” one that was 240 meters/800-feet away. Modern GPS measurements showed the new location but, fascinatingly, it’s said that the indigenous people identified the exact same location over 1,000-years earlier using the “shadow” method noting that there was no shadow from a stick in this location on the two equinoxes.

As with most things, the equator has an interesting back story. The Equator was discovered and mapped out by a French geodesic expedition team that was led by an explorer named Charles-Marie de La Comdamine in the year 1736.As I’ve already talked about relative to Chimborazo’s fame as being the “world’s highest mountain,” La Condamine spent 10 years in Ecuador taking measurements and proved that the world is not perfectly round, but that it bulges at the equator. 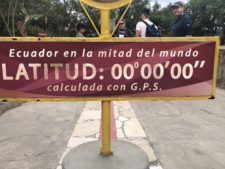 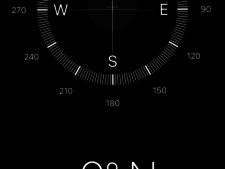 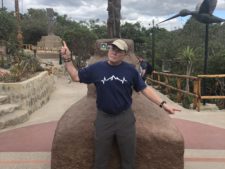 Anyway, we put on our tourist hats and took the “Equator Tour” where we were shown demonstrations of water going in different directions, balancing an egg on nailhead, and a bit of history of the local people, including a shrunken head and the disturbing penis fish. I invite you to Google this nightmare. However the shrunken head was kind of interesting and I leaned it’s really only the skin, not the skull or teeth that is shrunk. Also a collection of guinea pigs (non-edible) and a lama. 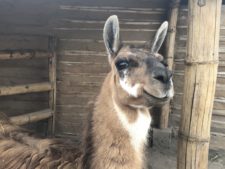 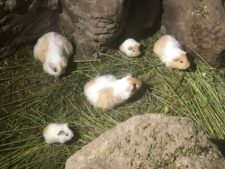 MY first pet was a guinea pig!! 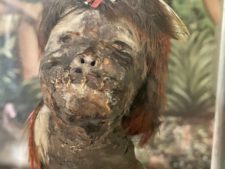 Is anyone still reading this? 🙂

OK, back to the Hacienda Rumiloma.  It is built above Quito and sits around 10,000-feet overlooking Quito. There are only 5 rooms but each one is sculpted out of rock and natural wood beams and exquisitely appointed. Well done Mountain Madness to team up with Amber and Ossy to start your Ecuador climbs with class and style. 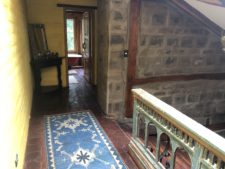 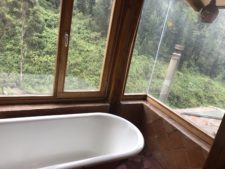 Tub with a view 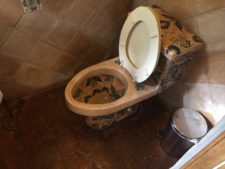 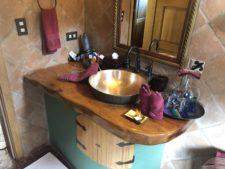 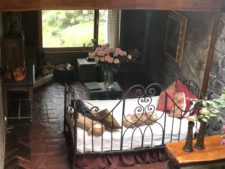 More pictures of the room tomorrow.

Next up is an acclimatization hike about Quito to 15,500-feet then our last night at Rumiloma.

Did I say I’m have a great time? 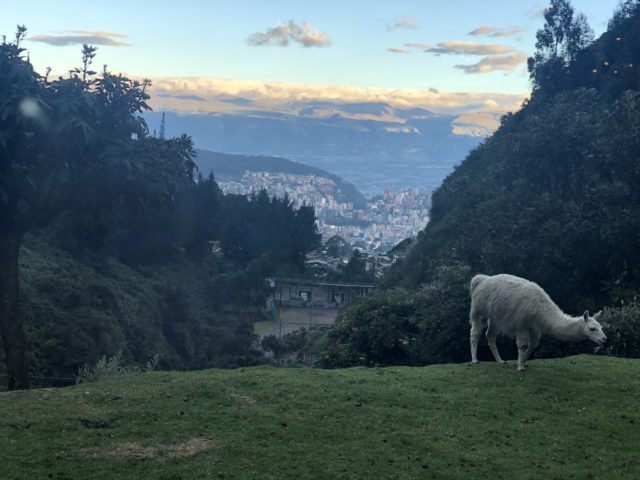