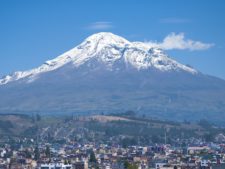 A rare deadly avalanche on Ecuador’s highest peak, Chimborazo at 20,549-feet/6,263-meters, took four lives on Sunday, October 24, 2021. An all Ecuadoran team of 12 climbers and guides was approaching the false summit near 6,100-meters when the snow gave way. One person was injured. Another group of 20 required assistance.

The incident occurred at 6:30 in the morning as reported by Emergency organization Integrated Security Service ECU911. The mountain is closed for climbers at the moment.

The avalanche was a result of recent heavy snows and not volcanic activity. The last recorded eruption of Chimbo was 1400 years ago and is considered an inactive volcano. Overall Chimbo is considered a safe climb from objective dangers even though it can be quite cold and windy. In 1994 an avalanche left 10 people dead, including one Swiss and six French nationals.

The summit of Chimborazo is often cited as the highest point on earth due to its distance from the earth’s center. With the planet being a spheroid shape it is thicker around the Equator than measured around the poles. Thus with Chiombo close to the equator, the summit is 6,384.4 km/3,967.1 mi from the Earth’s center, compared to Everest’s at 6,382.3 km or 3,965.8 miles.

As I saw in 2019, the upper slopes of Chimbo are at a perfect angle for avalanches, around 32 degrees. We reached the false summit before a white-out suddenly developed stopping our progress. 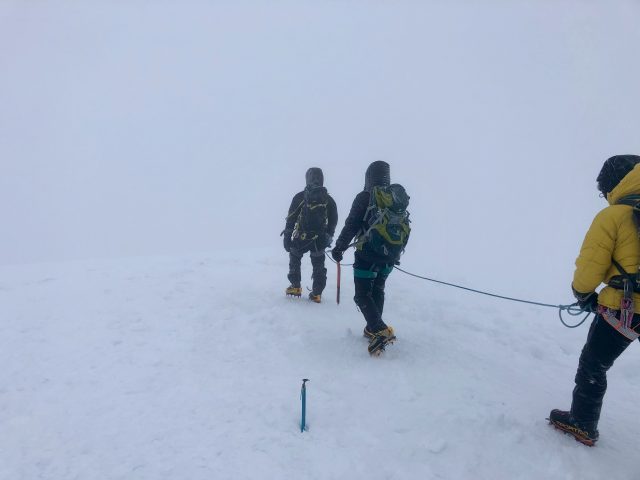 My condolences to all the lost, and their families, friends, and teammates.

One Response to “Deaths on Chimborazo”