A legend in mountaineering who never climbed a single peak, passed away in Kathmandu yesterday at age 95. Miss Elizabeth Hawley was a legend. Full stop.

I met her several times in Kathmandu, most recently after my 2013 climb of Manaslu. She was feisty, curious and smart.

The first time I met her was in 1998. I was in Kathmandu on my way to climb Cho Oyu when I was told by the clerk in my hotel that I had a phone call. “Who would be calling me here?” I asked myself.

“This is Elizabeth Hawley. What is your full name, where do you live? How old are you?” She fired off in rapid succession. Pausing, I gently asked, “Who are you again?” With a huff of indigence, she simply said “Elizabeth Hawley”. And that was that! I answered her questions politely and hung up not knowing I had just spoken with a legend as famous as Hillary or Messner.

Miss Hawley’s tireless work resulted in the Himalayan Database, a compilation of records for all expeditions that have climbed in the Nepalese Himalaya. The data cover all expeditions from 1905 through 2017 to more than 450 significant Nepalese peaks. While she has conducted interviews for several years, her echo was strong. Billi Bierling took over the day to day activities and will continue the work of the HDB along with Richard Salsbury and team.

Richard Salsbury sent out this message:

It is with great sadness that we announce the passing of Elizabeth Hawley, who died on January 26, 2018 at the CIWEC Clinic in Kathmandu after a short illness. She will be greatly missed.

The Himalayan Database will carry on under the leadership of her long-time assistant Billi Bierling.

With sincere regards from the Himalaya Database team,

I am very saddened to announce that after a short battle in hospital, Elizabeth Hawley has left us. Personally, I cannot put it into words how much this amazing woman has meant to me, how much she has taught me and how much I will miss her in my life.

Thanks Miss Hawley for having shared so much of your life with me, for allowing me to get to know you so well and to become your friend. I treasure all the moments we spent together – even the ones when I irritated you for not spelling a name correctly or being too late for our meeting…or having badly brushed hair! I feel very privileged to have spent all that time with you.

We will try and keep up Miss Hawley’s work but of course today the Himalayan climbing world has lost one of its most important pillars. You will be missed, Miss Hawley.

Keeper of the Mountains Trailer from Allison Otto on Vimeo.

The Himalayan Database is now free and can be downloaded from their website. If your name is not in their database, then you didn’t summit!

I have three posts about Liz and the HDB:

My last interview by Liz for Manaslu 2013

An exhaustive interview with Richard Salsbury – Everest by the Numbers

Thank you, Liz for all you have done. Rest in Peace. 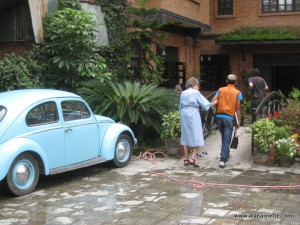 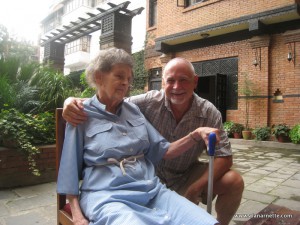 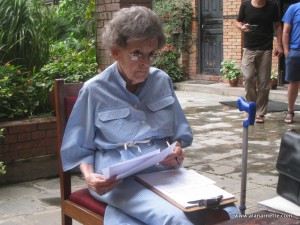 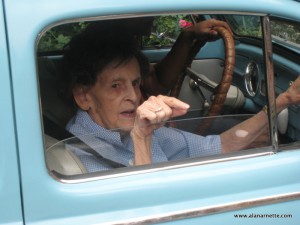