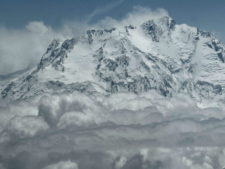 By now, the story is well known and earning global headlines in both the mountaineering and mainstream press. Two climbers joined together to attempt the world’s ninth highest peak, Nanga Parbat at 8,126-meters/26,660 feet. They got in trouble descending from 8000-meter level and life and death decisions were made.

Tomek Mackiewicz‘s dream was to summit Nanga in the winter. This was his seventh attempt on the peak. The polish climber had teamed up with French climber Elisabeth Revol who had come within a breath of summiting last year. She was on her third attempt. The two highly skilled climbers made the summit was confirmed by one, but this detail seems less important given what happened next.

The duo arrived in Pakistan on December 16 planning to travel to base camp and climb via the Diamer Face – a route both knew well. They touched 6300 meters on an acclimatization rotation on January 3 but then, as is expected on the high peaks in winter, the winds moved in. The temperatures dropped to -45 Fahrenheit or Celsius – no matter the scale, skin instantly freezes in these conditions.

After waiting a couple of weeks, they left for their summit bid, aiming at a tiny window when the winds would calm, perhaps enough time to sneak to the top and get back down before winter returned. January 25 became the target summit day. On January 24, they had reached 7,300 meters and followers cheered them on. Then, all communications stopped. 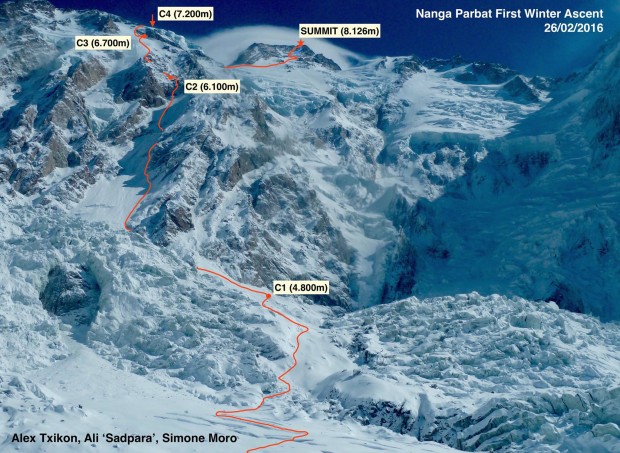 The mountaineering community went into action. Their home teams and local logistics organizer started to call for helicopter rescues. Polish and French embassies got involved. But, as is standard and well known in Pakistan, no cash, no rescue. A private company, Askari Aviation, would fly military helicopters but their flying ceiling was 6,000-meters and the climbers were thought to be at 7,900 meters.

A fundraiser was launched and with hours, tens of thousands of Euros were raised from tiny and large donors across the world. Then the money problem was instantly erased as the Ministry of Foreign Affairs of Poland said they would guarantee all rescue costs. Plans were developed and the only humans on the planet that had the skills and readiness to help with the operation were on K2, 111 miles to the North.

The Polish K2 team had already spent several nights at Camp 2 on the Česen Ridge, a 6400-meters.  When contacted they didn’t take another breath before saying yes. The plan took shape starting with a helicopter picking up Denis Urubko, Adam Bielecki, Piotr Tomala and Jarek Botor and flying them as high up on Nanga as possible.

Ciao Matteo. Everything is in correct way finally. Tomorrow morning rescue team will fly to Diamir. We will try to go by Kinshoffer route as soon as possible. Adam and me are in head-team, going light style. Will be necessary to climb, sure, because old ropes shall be into the ice. Our group can be 4-6 members finally. We’ll try to do our best.

What developed was fundamental battlefield triage, save those who have a chance and get to others next. They would attempt to rescue Revol first who was reported to have tried to descend to a safer altitude near Camp 3. She had sent her GPS location via her SPOT tracker. Then they would return to attempt to retrieve Mackiewicz near Camp 4, suggesting he would have spent over 48 hours near 8,000-meters blind and frostbitten with no food or water.

The unpredictable winter weather – high winds and heavy snow played with the plans. The choppers were on and then off. They could fly higher but were stopped for safety when dense fog developed above 6,000-meters. the first rule of being a rescuer is not to become a victim. Urubko and Bielecki were dropped at 4,900-meters –  a long way to climb to reach Revol. 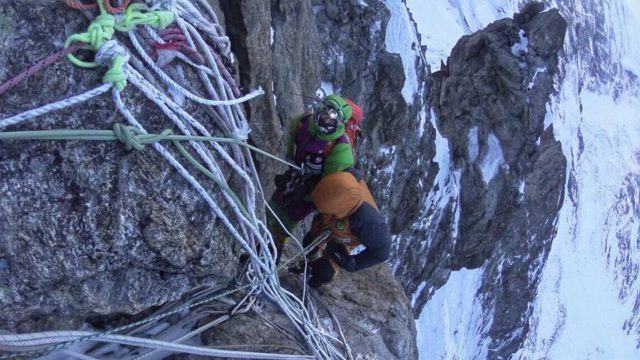 She reported that Tomak was suffering from frostbite, snow blindness and was unconscious. She was faced with a decision most will never experience and ever fewer may understand. She began to carefully descend knowing that was her only chance to live. Only Revol will know what she felt, what she said and how the weight of her decision will bear on her for the rest of her life. For others to criticize is a mistake and an exercise in ignorance and arrogance.

The Poles climbed at a superhuman pace – covering 1,250 meters in 7:30 – this is 166 meter per hour or 550 feet per hour – at 6,000-meters, ~20,000 feet. This is phenomenal considering the technical terrain at night on the Kingshofer Wall. They found Revol at midnight. The rest of the K2 team, Piotr & Jarek, followed them with more rescue gear ready to reach Tomak. 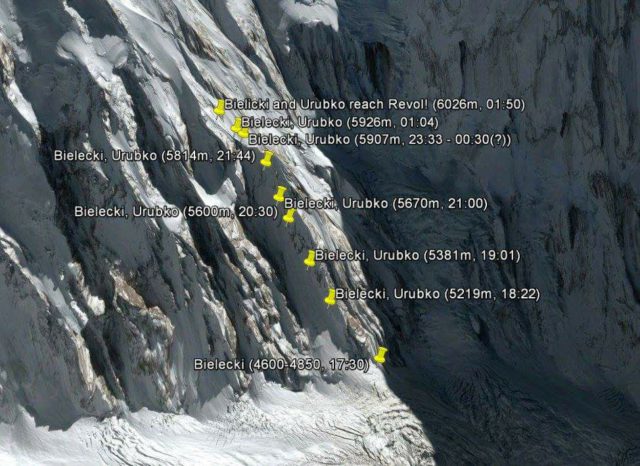 As the weather deteriorated, the three alpinists descended, Revol with frostbitten toes and virtually no food or water for the past 48 hours. The choice was made to leave Tomek in a tent at 7,400 meters as the clouds moved over Nanga and the winds picked up. The last person to see him was Revol, 24 hours earlier. 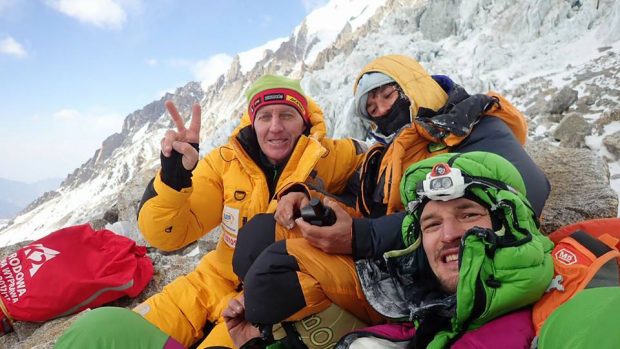 Reaching base camp, the wind was strong – too harsh for a helicopter to fly in – or for a rescue attempt of Tomek. As one of the thousands who posted on social media said, “Tomek is now asleep in the arms of Nanga.” 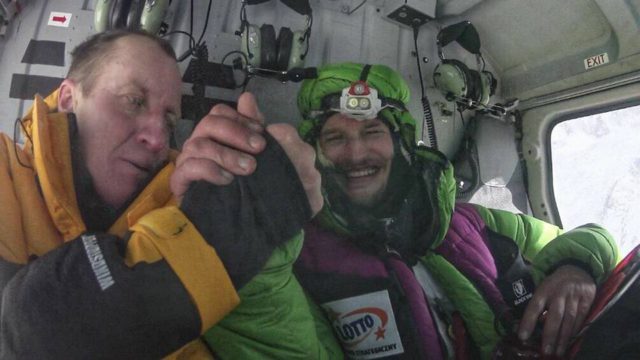 The helicopter flew the rescue team and Revol to Islamabad where she is receiving treatment for her toes, and for her heart. The fundraiser continues now shifted from rescue to care for Tomek’s wife Anna and their 3 children.

The K2 team will return to K2 with their attempt to be the first to reach the summit of K2 in winter, according to this interview with Denis Urubko.

Climbing any mountain in winter is dangerous. Adding in the altitude and terrain of an 8000-meter mountain makes success almost always impossible. For those who try, they fully understand the risks. For those who watch from the warmth of their home, it is the ultimate in inspiration. And when called to help, the vast majority of our mountaineering community closes ranks, supports the climbers and doesn’t second guess.

My deep, personal and sincere condolences to Tomek’s family and friends. To Elizabeth, well done. And to Denis and Adam – salute.

UPDATE: 30 January 2018: by Head of the Rescue Team Paramedic Jarosław Botor on Tomek’s conditions as reported by Elizabeth Revol: source

After leaving the summit, she left Tomek protected in a sleeping bag in a crevasse (tent?) at an altitude of about 7280 m.n.p.m. as very heavy: frostbitten hands, legs, face, unoriented in time and space, there was no contact with him anymore, snow blindness, inability to move independently.

4 Responses to “Nanga Parbat: 1 Saved, 1 Lost and the Spirit of Mountaineering is Strong”