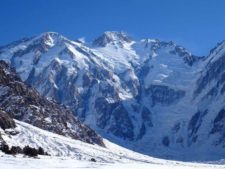 Update 28 February 21:00 local time: First Helicopter search completed with Pakistani climber Ali Sadpara on board. He reports seeing their tent at Camp 3 at 5,700-meters but also evidence of avalanche in the area. Tomorrow, March 1, is for four climbers from the Russian lead team to be picked up and dropped off at NP Camp3 for ground search.

Update from Nardi’s Facebook page by his home team:

Following the sweeps this morning, in agreement with the Italian Embassy and Pakistani Aviation, two helicopters helicopters, weather allowing, early morning from skardu for the base camp of k2.

There will be the four Russian Mountaineers, LED by Vassily Pivtsov, who have been available this morning to support the rescue operation on the nanga parbat in favour of Daniele Nardi and Tom Ballard. Mountaineers will be deposited as close as possible to field 3.

Ali Sadpara has announced that the 3 field tent invaded by snow has been detected by the helicopter. In the area, traces of avalanche have been identified on the slope which indicates the danger of the area.

Also, Txikon has volunteered his team to assist in the search.

The winter climbs on Nanga Parbat and K2 are in deadly trouble. As I fully covered in my last post, on NP a search is underway for British climber Tom Ballard, 30, and Italian Daniele Nardi, 42, on the Mummery Rib after their base camp and home teams lost contact with them over this past weekend. And on K2, the two independent teams are back in base camp after retreating from harsh weather.

The Kazakhstan/Russia/Kyrgyzstanm team has offered to assist in the search on NP. In many ways this is Déjà vu from last year when Polish climber Tomasz Mackiewicz died during a winter attempt on Nanga and his partner, French alpinist Elisabeth Revol, was rescued in a dramatic effort by climbers who left their K2 attempt to render aid. On their Facebook page, the Russian lead team said they were ready to help:

The international Kazakh-Russian-Kyrgyz expedition officially declares that it is ready to take part in search and rescue operations in the area of Mount Nanga Parbat in the number of four climbers.

A helicopter search was schedule to start early on Thursday, February 28, with Pakistani climber Ali Sadpara leading  the search. Other reports say a helicopter will pick up three climbers from the International K2 team to assist. 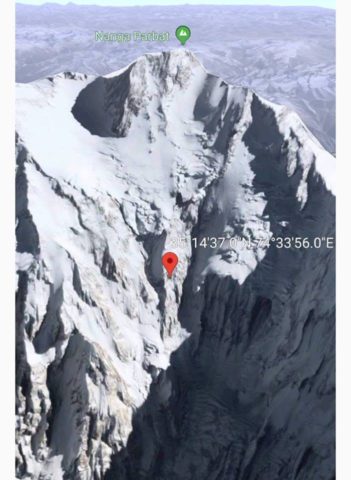 The deepest hope amongst climbers worldwide is that Ballard and Nardi’s sat phone battery went dead or perhaps one was injured and not able to move and they are laying in wait for a rescue.

I join all in hoping for the best outcome.