Which is it? Big snow or no snow? Even the professionals are tossing coins these days and our climbers on Everest are making tough decisions. Should I stay or should I go? I’ve heard that someone before 🙂

Now there are a record 377 permits issued to member climbers on the Nepal side. No updates from Tibet.

Great news that the fixed ropes are now to the South Col at 7950-meters/26,082-feet. As soon as the weather allows, tents, stoves, fuel and oxygen bottles will be ferried up to support the summit bids in a week or so.

Flu or No Flu?

A very strange article in National Geographic with the misleading title “Flu outbreak rages near Everest base camp” but cites data from last autumn and concludes with “By and large, the Everest climbing community seems to have been spared so far. We haven’t seen a lot of the flu up here.” So, which is it? Please let me know if there is a flu outbreak at EBC this spring. Thanks!

Maybe a Lot of Snow, Maybe No Snow!

I’ve been talking about the cyclone in the Bay of Bengal for a week now and it made landfall today. I checked back in with Chris Tomer of Tomer Weather Solutions for his crystal ball on what Everest can expect:

The amount of moisture in the atmosphere over the Foothills will run +5 standard deviations.The question is how much makes it up to the 8000m peaks on the eastern Himalaya. I projected a rough foot for Makalu and Everest but the amount could vary wildly. Looking down the road, big jet wind SUN-WED then big drop and potential summit opening May 12-ish. 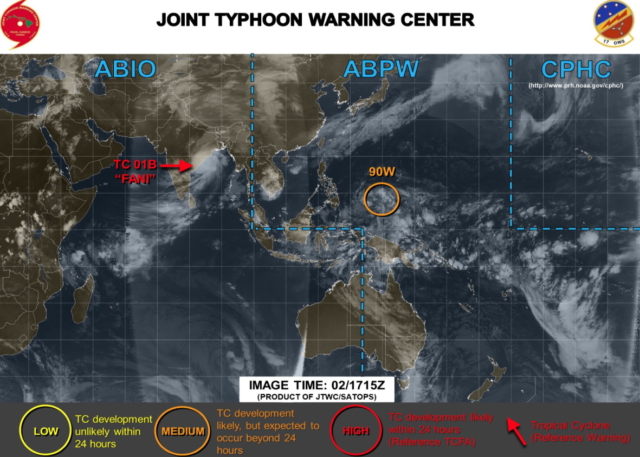 Nepal – Preparing for the Worse, or Not!

Adventure Consultants, arguably the most experienced operator on the Nepal side has decided to stay at base camp and not risk a Camp 2/3 rotation:

Well, tonight we thought we would be getting ready for an early start to climb to Camp 2 but the latest weather forecasts predict snow followed by high winds above Camp 2. Now we are already acclimatised to 6,500m, spending excessive time there could be detrimental to our overall condition. Also, the longer we spend there, the more food and fuel we consume which will need to be restocked in the future. So, a difficult decision was made and we are on hold again. This is part and parcel of climbing a mountain the size of Everest, and that’s one reason we have additional time in our schedule for unforeseen delays.

As frustrating as this is, our inconvenience is minimal compared to the thousands of people in India awaiting the potentially destructive landfall of Cyclone Fani. Again, time will tell how the cyclone develops

And Mike Hammil, Climbing the Seven Summits, also locked his team down:

With eagle eyes on the expert forecast, we’ve made the decision to pull the whole team down to Base Camp today.

As you may know, there is a significant cyclonic storm about 450km from the Odisha Coast in East India called Cyclone Fani (pronounced Foni) which has been moving North. While it’s meant to weaken, the effects of that storm mean we are likely to see significant snowfall and high winds on the mountain. We are erring on the conservative side and will have the entire team wait it out for few days in the safety of Base Camp until that storm has passed and things have settled.

But Madison Mountaineering headed up and reported on the rope team he is hosting and managing:

Hello, this is Garrett calling in for the Everest climbing team.  We had a great day!  And we are up at Camp 2 and all settled in here.  We had a nice dinner and we’re going to take a rest day tomorrow.  Some exciting news:  our Sherpa rope fixing team, eight of our top Nepal Sherpas, were able to fix lines to the South Col today to Camp 4!  Dispite the high winds, they got to Camp 4 with the fixed ropes.  So now the route is open all the way to the South Col for other teams to carry loads and acclimitize.  Everyone’s doing great up here at Camp 2!  Sounds like there might be a little bit of snow in the forecast, but there’s clear skies at the moment.  We will keep our eyes on that and everyone’s doing well.  So, we’ll check in soon.  Thanks so much!

IMG moved up as well and noted high afternoon winds but calmed down by evening.

And Summit Climb reports good day at the North Col

Hi this is David O’Brien from a very sunny North Col. We’re up at 7000m to sleep for continued acclimatisation. The weather getting here was the best I’ve ever had not too hot , not too cold , bit of a breeze. There were a lot of people heading up today , the forecast is due for a change tomorrow, the Sherpas have just brought around hot sweet tea and it’s time loft dehydrated meals soon. I’m up for beef and pearl barley from Firepot, smells better then at home . Everyone is doing well and all got up here in good time.

Love this short clip of Cory Richards scouting out his new route on the Tibet side. His commentary:

It was a wee bit breezy at 7,000 m today. Because of high winds on the mountain, Topo and I decided the best move for acclimatization would be to spend the day on the standard route. We only saw three tents blow away! Anyway, thanks for the video Topo…I’m pretty pleased we turned around when we did…tho I know you would’ve kept going

Finally, very sad news that Annapurna climber, Wui Kin Chin, has died in a Singapore hospital after being rescued four days ago from 7,500 meters. My deep condolences to his family and friends.