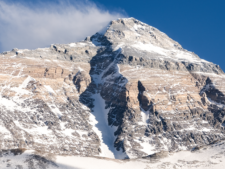 The winds picked back up on Tuesday making the acclimatization climbs a bit of a challenge. Meanwhile a climber death on Makalu. 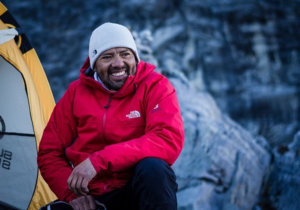 Richard Hidalgo, was found dead at Camp 2 on Mt. Makalu. Sherpas from Seven Summits Treks passing by his camp at 6500-meters and found him dead in his tent. He had climbed with them the day before as they were fixing the ropes. No other details are available. He was aiming to summit today, without supplemental oxygen and was using little Sherpa support. He had attempted Everest five times without Os but had summited five other 8000ers. My condolence to his families and friends.

Climbing has resumed with teams at a very windy Camp 2. Adventure Consultants reported in:

High winds made for noisy flapping tents last night, affecting some more than others. I put in ear plugs at 4am and afterwards managed some sleep until sunrise. Our climb up to Camp 3 was postponed and we have been resting. The wind is still gusting through camp and when it is quiet here it sounds like a freight train higher up. Camp 2 is a little busier as teams arrive from lower down. Some other teams are still repairing the damage done to their camps on 03 May, replacing broken tents before climbers return for another rotation. So news is quiet today as we pass the time, mornings are cold, afternoons are hot and nights are long, up to 12 hours long. Tomorrow we’re planning on getting back on the Lhotse Face, weather permitting.

A similar story on the Tibet side with winds at the North Col and below. Adrian Ballinger, Alpenglow, had a nice photo that captured that side of the mountain: 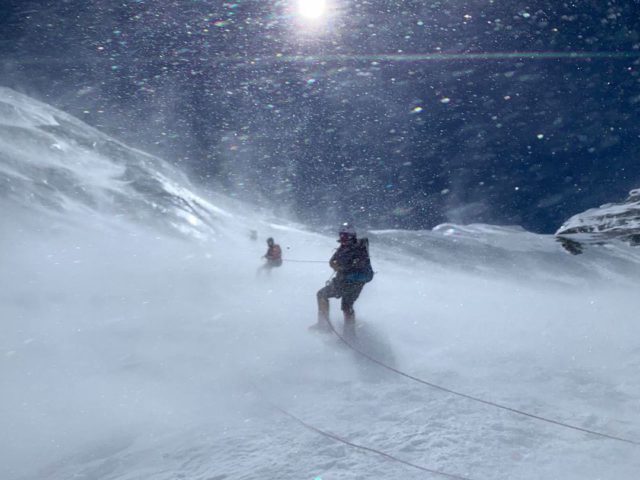 The #everest2019 #rapidascent team absolutely crushed today! In their hard-fought push to tag North Col Camp at 23,000’/7,000m, they climbed through hurricane force winds. The team reached 22,486’/6,854m before the winds forced them to turn around.

6 Responses to “Everest 2019: Another Himalayan Death”