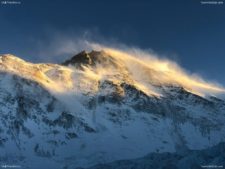 Update 1: Summit Climb reports summits with no names or detail: “Today 1st Team reach at the Summit. Congratulations. Have safe down. 2nd Team reach at Camp 3. Wish them best up luck.”

The winds on Everest are sporadic as the jet stream wobbles nearby. This is one of the toughest weeks in recent memory. Some teams already at the South Col postponed their summit plans but some went on to summit the morning of May 21, 2019. The ropes are still not to the summit on the Tibet side.

Once again, this is when you want to be with an experienced leader who has made difficult decisions on Everest for many years. NOTE: I will update this post as I get new information

As Meteorologists Chris Tomer of Tomer Weather Solutions  told me over the weekend “The jet will definitely weaken but it will wobble back and forth.” We are seeing this very event now with moments of high winds and low winds.

A beautiful picture from 7 Summits Club of the Tibet side of Everest: 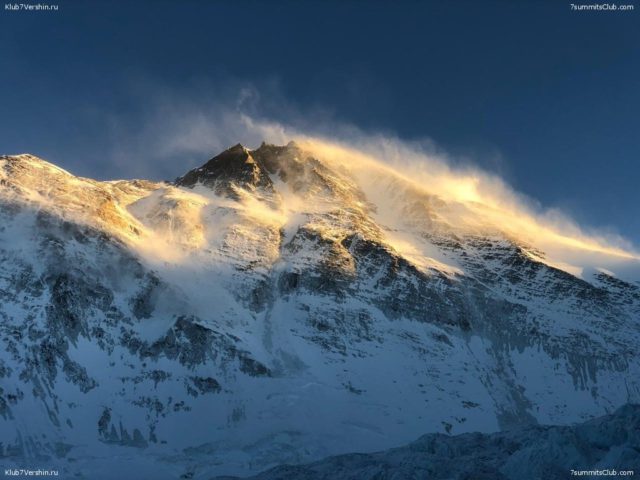 Just in that there are summits on Tuesday morning, May 21, 2o19. The first person from Syria, Samer Akkad, summited at 5.24 this morning with Asian Trekking.  Note that Asian Trekking is one of the oldest and most respected Sherpa/Nepali owned guide companies in Nepal. Others summits were by “2 Greek, 1 Briton, 1 Syrian, 1 Indian, 2 Chinese, and 2 Nepalese, plus Sherpa” according to the home team for Samer.

And 65 Degrees North, a team that seeks to help in the rehabilitation of wounded or damaged ex-service men and women by offering the opportunity to participate in challenging adventure, made the top Tuesday morning:

The team are standing on top of the highest mountain in the World! Pushing themselves, mentally and physically, to the absolute limit was all worth it when Brendan, Scott, Joe and Tom all reached the summit of Mt Everest! For reasons of safety, Rich turned round just below the summit, a decision that would have been tough to make, but absolutely the right decision to make. Having battled fatigue, extreme temperatures, lack of oxygen and at times, their own patience, they can all be extremely proud of their achievements. The team will now start their immediate descent back to safety and photos from the summit will follow soon!!!

And without details on who he was with, Kami Rita Sherpa is reported to have summited for the second time this season for a record 24th time.

A Funnel for Summits

If you missed this in my previous post, Gyanendra Shrestha, a representative of the Ministry of Tourism who stays at base camp and tries to track who climbs, posted this schedule on May 20 which has surely has changed becoming even more compressed probably around May 22:

But there is quite a discrepancy on how the leaders are interpreting the weather and the forecast at the South Col with some pushing while others stay back.

Several team positioned at the South Col have delayed their summit bid 24 hours as high winds made it too dangerous in their view. Two of the most experienced western guides made their call on Monday.

David Hamilton of Jagged Globe made two posts with hours:

Teams in Camp 411:23 GMT, 20/May/19;  All climbers have arrived in their respective Camp 4s (Everest and Lhotse). It took 6.5 hours for us to climb from from Camp 3 to the South Col. Conditions were OK for travel, but it is currently (1315 local time) a bit blustery on the South Col. We’re hoping for good summit conditions tomorrow. First off, it cold on the summit of Mount Everest! With the jet wobbling around today, teams are pushing hard to summit and get back down. Usually it is a week long process:

And Mike Hammil’s CTSS team made a similar choice earlier on Monday:

To say the guides are nervous is an understatement. You can feel the tension in this post from the Benegas Brothers who are on their summit push:

The Team is resting at Camp Two, still, we are checking all weather forecasts for the region trying to decipher witch date and time will be the best, We have a narrow window running from the 22 May to May 24, Winds will start to increase on the 24 afternoon. Current conditions to be taking into consideration. 2019 is a record year regarding numbers of climbers, and with this narrow weather opening, we are extremely concerned about large crowds of climbers on the difficult terrain of South Summit Rock Steps and section from South Summit to Top of Hilary Step, this last section is extremely difficult to pass climbers with a narrow ridgeline, intercalated by short but steep rock steps. Is here where serious traffic jams normally occurred. Being super proactive and keep a strong eye on deciding how and when to move. Winds speed and directions make a big difference in the success but as well the overall strength of the team and how Damian manages the possible traffic jams.

For many climbers, this is their first experience using supplemental oxygen. By the way, this is one of 4,982 reasons I strongly suggest getting experience on a lower 8000er before attempting Everest. Anyway, Chad Gaston with Madison Mountaineering has some good observations:

One thing I want to point out about high altitude breathing is…..it’s freaking hard. How I would describe it to a non climber. Imagine if you will ( your at sea level) breathing is like standing on your tread mill in your living room, pretty easy I think. Now let’s jump up to 12,000 ft, you put a hefty garbage bag over your head and start your treadmill on level 4. Ok now 20,000 ft, crank up the tilt of the treadmill and put it on speed ten, oh and tie the garbage bag tightly around you! But don’t worry here comes oxygen to save the day! Oxygen is like taking a pencil and poking 2 small holes in front of your mouth! Helpful? Yes but……That’s about the best way I can explain high altitude breathing, and the relief from using oxygen! I know what your thinking…. fun right?!?! Good. Me too! Oh and this was just an analogy so don’t try this at home!!

In all seriousness, oxygen does help with altitude, strength, body warmth, and brain function, like clarity and focus. I could not imagine doing any 8,000 meter peak without oxygen. The mountaineers that do it without O’s are super human!

German alpinist David Göttler is one of the few attempting Everest 2without Os this year. Sergi Mongote is another. He summited Lhotse now is attempting Everest from C2 with no Os. Moeses Fiamoncini is doing the same as Sergi but will go from Everest to Lhotse direct without returning lower.

We will see who goes and who lies back. This is one of the most difficult season in recent memories but reminiscent of 2012.

The big news continues to be that the ropes are not expected to reach the Tibet side summit until  Wednesday, May 22nd to the summit weather permitting. This dynamic will create serious crowds on that side given the wobbly jet.

I’ve certainly had better days moving up the North Ridge, but I’ve certainly also had worse. Our team made a big move today from ABC to Camp 2 in a push, trying to make the most of this possible weather window. Lots of vertical, lots of wind, but some sun and calm too. Fingers crossed that the wind dissipates overnight. 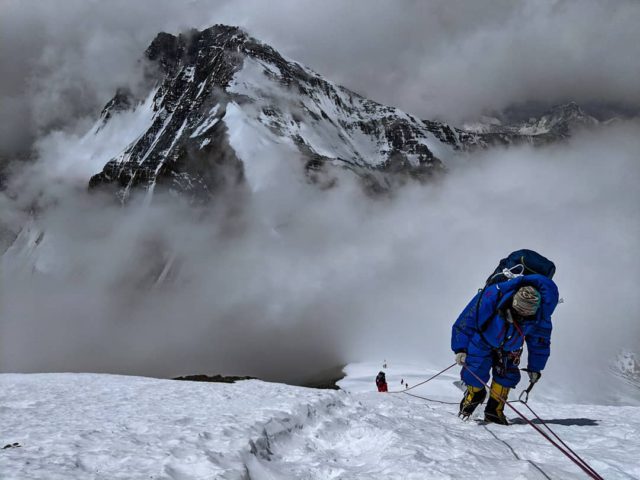 Best of luck to all the climbers as they navigate difficult conditions this week.