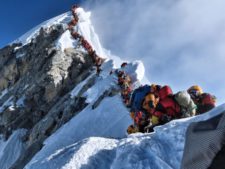 Three new deaths were reported on Everest during last 24 hours up to Midnight Thursday, May 24, 2019. Summit pushes are underway now. The winds have returned plus the routes are extremely crowded on both sides due to few summit weather windows this spring.

Normally there are between 7 to 12 good weather days for summit opportunities. Last year, 2018, was unprecedented with 11 straight days of manageable winds that allowed for a record number of summits. This year, 2019, there have been only two windows thus far consisting of five summit days and the winds are forecasted to return on Friday afternoon, Nepal time.

With so few opportunities and record permits issued by Nepal, 381 to foreigners at last count, plus at least one Sherpa per member (some teams had two each) or over 800 people, it is simply impossible to squeeze that many people through the notorious bottlenecks on both sides.

On the Southeast Ridge, the climb from the South Col to the Balcony is the start of problems. Large teams start off bunched together, going too slow. With only one fixed line, everyone gets jammed up, unable or unwilling to pass.

As climbers approach the South Summit, the route goes over rocks and causes inexperienced climbers to waste precious energy, struggling to maintain balance and progress with sharp crampon spikes scuffing and slipping against slick rocks. They hold their mechanical ascenders aka jumars with a death grip pulling hard against the thin nylon rope. With over 100 people on one line, kudos to the hard working Sherpas who put the line in making sure they will hold under such extreme stress… hopefully.

Going down from the South Summit is the Cornice Traverse which is a meter wide sidewalk with 1000-meter drop on both sides causeing people to go excruciatingly slow for fear of falling. Finally there is what’s left of the Hillary Step. While no longer a rock crack to be climbed, it is a 45-degree angled snow slope that slows everyone down. This year there were waits of two to three hours in that area. 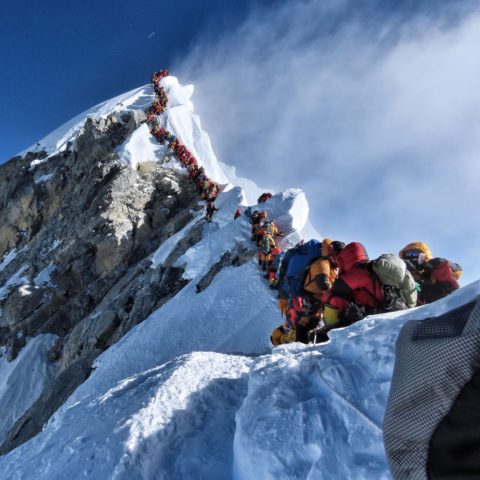 On the Tibet side, there are the Steps, especially the Second Step where again inexperienced climbers struggle to scale the lower rock bands and then have issue climbing the aluminum ladder. On the descent it can be even worse especially in high winds and exhaustion setting in. 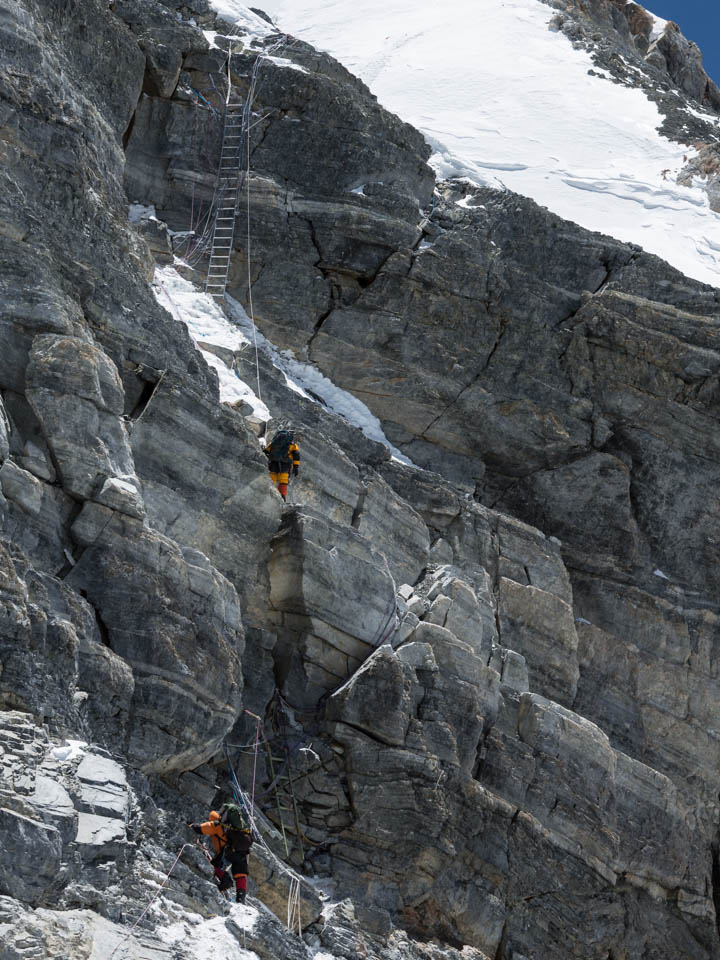 In 2019, we are hearing horror stories of summit pushes from the South Col to the summit taking 10, 12 even 14 hours. And due to the jams, the return to the Col, is taking up to another six hours making for 20 hours pushes – that’s insane.

The best teams this year, managed their pace and times well and avoided most of these issue but if a team was unorganized, inexperienced or simply too slow, problems arose. EverestEr is talking about many cases of frostbite and rescues including a dangerous long-line rescue today from Camp 3.

Over 200 summits this morning and more expected tomorrow. Lots of celebrating but some were not so lucky. We evacuated 2 recently; one with severe altitude illness and this patient with deep frostbite who climbed on to the summit despite feeling numbness in his toes.

For comparison sake, these were my times in 2011 at age 54. Note that for my first three attempts, I turned myself back just below the Balcony after taking 6 hours to reach that spot. I knew I was going to slowly to be safe. In 2011, Kami Sherpa and I moved fast and efficiently and were the first few people on top that year so zero crowd issues. I used IMG that year. 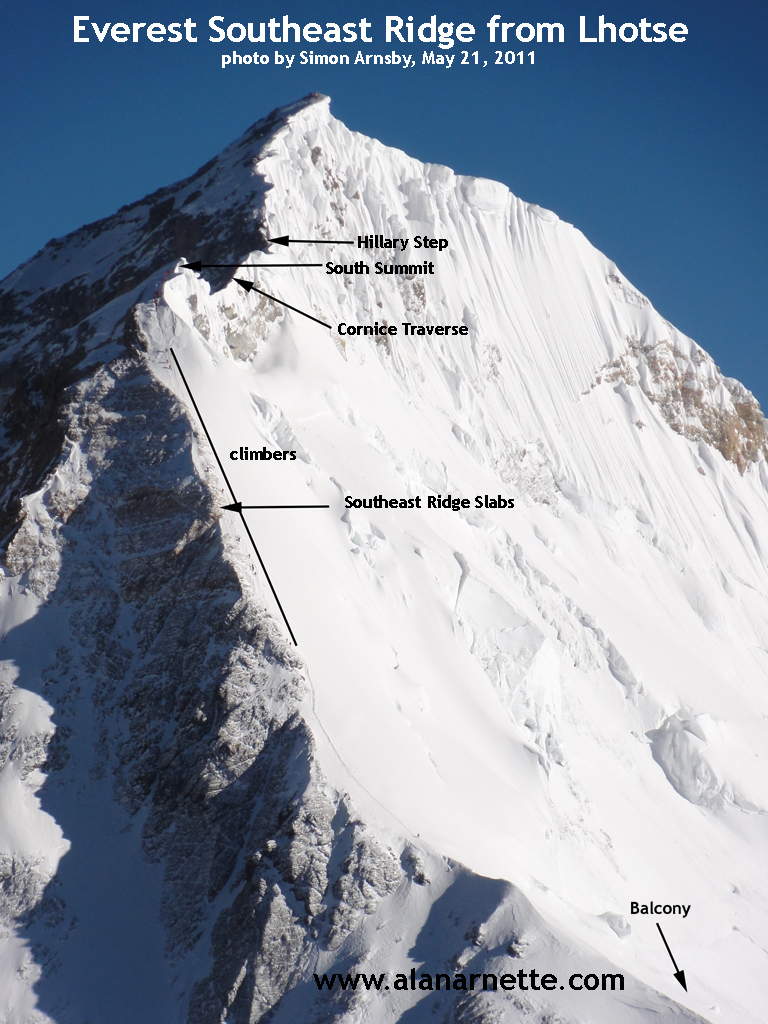 Everest Southeast Ridge in 2011 as seen from Lhotse

Sadly another Indian climber has died. Guided by India’s Transcend with logistics from Nepali based Arun Treks, Anjali S Kulkarni from Mumbai, India apparently collapsed after summiting with her the husband, Sharad Kulkarni. She was close to the South Col.

Nepal based Dreamers Destination client Kalpana Das, 53, of Odisha, India summited but died on descent near Balcony. She had attempted Everest in 2004, and 2006 without a summit but did summit in 2008.

On the Tibet side of Everest, Swiss operator Kobler & Partner said that one of the members only identified by his first name, Ernst, died after summiting around 8600-meters/28,2125-feet.

Yet another Indian is reported to have died on the descent. Nihal Bagwan from Maharsthra near the South Col, again. If confirmed, this would be the 16th death and 7th Indian.

I will update these stories as new information becomes available. My deep condolences to their family and friends.