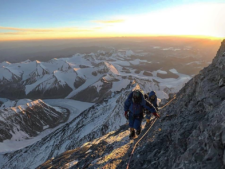 UPDATE: Another death: Tibet side 360 Expeditions: Kevin Hynes, 56, Irish died at North Col after turning back at 8300m. He had previously summited Everest Nepal and Lhotse. Also on the Tibet side with Kobler & Partner, Ernst Langrast, died near 8600-meters after summiting.   Dhruba Bista, died a EBC after evacuation from C3. He was with Himalayan Ski Treks. Now confirmed, Nihal Bagwan: Indian, died near the South Col. He was with Peak Promotion. On Makalu, Nima Tshering Sherpa, died at C2 after summiting. He was working for Seven Summits Treks. 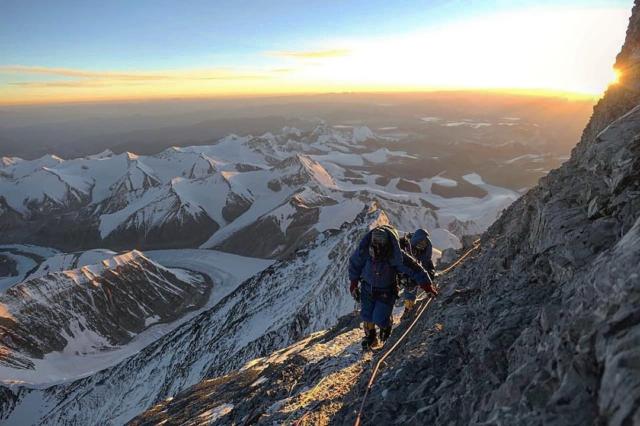 Everest 2019 from Tibet. Courtesy of Alpenglow

Georgios reached the summit yesterday with Dawa climbing directly from 7800m and missing out the top camp. They are now back at ABC. The rest of the team moved up to the top camp on the 23rd May and set out for their summit bid last night at 20:30hrs local time. With a monumental effort Nick reached 8500m and decided to head down with Persemba. They are now at ABC. Di, Kirsty, Paula and the rest of the Sherpas pushed on up reaching the summit at 05:00hrs this morning. After a very long descent they are now at the North Col tired, but ecstatic. They will descend to ABC tomorrow and back to BC the day after that. A big well done to all from the AP team in very challenging conditions.