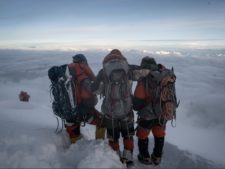 Demonstrating incredible determination and physical strength, Nirmal Purja completed his summits of the 14 peaks over 8,000-meters in 189 days. Nims posted that he and three teammates made the summit of Shishapangma at 8:58 am hrs local time.

A GPS track was provided as they crested the false summit and photos later showed them on what is believed to be the true summit after crossing the 100-meter/300-foot, knife-edge ridge or potential the “Iñaki route”, but we need to hear directly from the team. 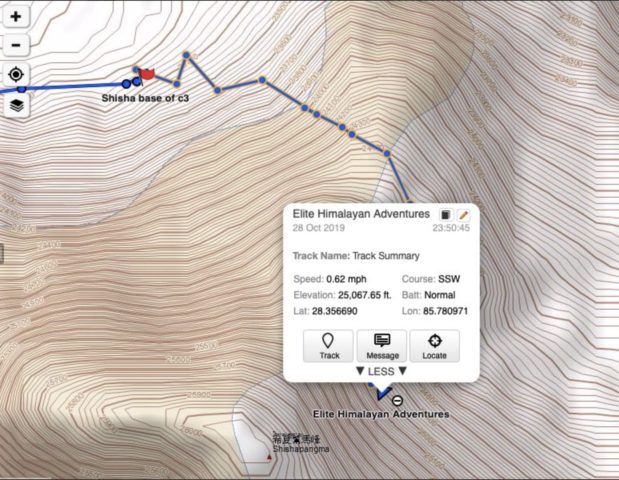 Also notable was Mingma David Sherpa who became the youngest climber to summit all of the 8000ers at 30 years-old. A few pictures are emerging now that the team is back in Kathmandu: 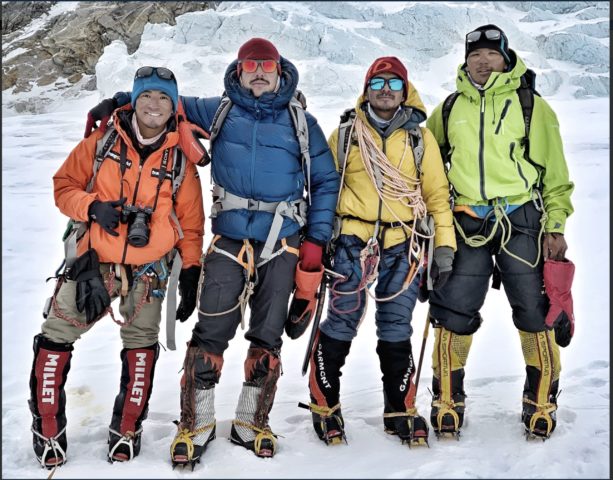 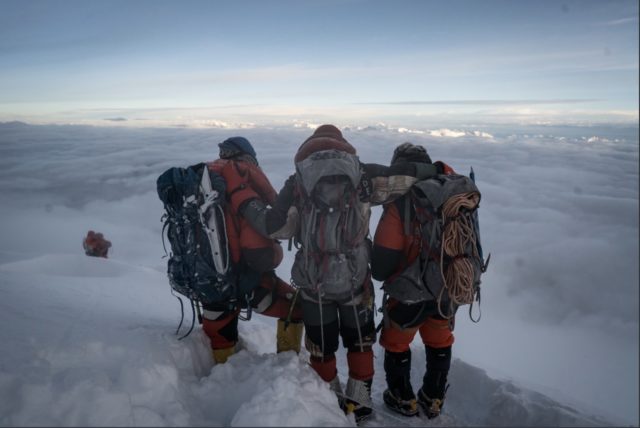 They had difficult conditions on the way to the summit as shown in this video between Camps 2 and 3:

As usual with these types of projects, there is criticism and it’s perhaps useful to examine their viewpoint. The primary points include:

However, to be accurate, others who have summited all 14 also used planes and helicopters to fly between peaks, including Ed Viesturs, who did just that to link Everest and Broad Peak to leverage his acclimatization. And 22 of the 41 who have bagged all 14 used supplemental oxygen on at least one, if not many, of the 8000ers. As for standard routes, Nims certainly did his fair share of breaking trail while fixing the ropes to the summit putting him and his teammates first for the season, including on Dhaulagiri. Finally, demonstrating his humanity, he participated in four rescues during the project.

On the summit question, this is a real issue in the world of mountaineering, but primarily for those claiming records. Sometimes snow conditions make reaching the true summit suicidal. And then there are honest mistakes. Multiple climbers seeking all 14, have had to return to achieve the tue summit after believing they had reached it previously. That said, knowing this history, surely Nims understood the challenge on the most notorious peaks like Manaslu, Dhaulagiri, Kanchenjunga, Makalu, Broad Peak, Nanga Parbat, and even Cho Oyu, so we are left to take his word, GPS tracks, and summit photos as proof.

For me, what was most impressive about his achievement was his ability to recover so quickly. While benefiting from his Nepali genetics and Gurkha training, it was still an amazing feat to achieve back to back summits of Everest, Lhotse, and Makalu in just 48 hours! A few days after getting both Gasherbrum I and II, he moved to K2 just as everyone else was ready to abandon it due to avalanche danger. But Nims and team went on to fix the ropes to the summit opening the route for other climbers that year, albeit aided by winds that cleaned the obvious avi danger. Then, just 24 hours later, they summited Broad Peak. Finally, there was his ability to raise money, find sponsors, and stay focused throughout the project while dealing with family illness and permit politics.

All in all, Nims put the “Possible” in “Project Possible.” I’m impressed with his accomplishments and hope others will see it for a fantastic feat and be inspired to pursue their own Project Possible.

What do you think?

Nirmal Purja’s project was to summit all 14 of the 8000ers in seven months. To achieve his timeline, he needed to summit Shish by November 23. By summiting on October 28th, he summited all 14 in 189 days or 6 months, 6 days. According to his site, Project Possible wanted to use the project and associated publicity:

“to provide important opportunities for local Sherpas and guides to forge a career in the mountains and will promote the homeland of the Gurkhas among the 8,000m mountains. The project aims to raise awareness for a number of significant causes, most notably for UK military charities, supporting Nims’ colleagues who may have been wounded, injured and/or who suffer mental health issues. Equally, the support for Nepalese children’s charities and orphanages dedicated to education and wellbeing is of paramount importance, not forgetting raising crucial awareness of climate change and global warming.”

These are the 8000ers Nims and various members of his team summited:

Nims was born in the Dhaulagiri region of Nepal at an altitude of 1,600-metres/5,250-feet. He joined the Gurkhas in 2003 at age 19 and spent 10 years in the secret world of the UK’s Special Forces. He left the Gurkas in 2019 to begin the project. He founded Elite Hiimalya Adventures and now will lead guided climbs across the world’s highest peaks.

Sincere congratulations to Nims and the team.

6 Responses to “Project Possible: SUCCESS on Shishapangma for #14!!!”