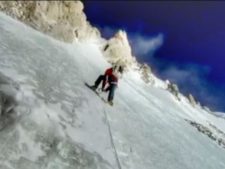 Climbing in the winter is dramatically different than in the usual seasons, obviously. More expeditions don’t summit than stand on top. There are many reasons for this ranging from experience, preparation, and team dynamics to weather, mountain conditions or just that after weeks on end at temperatures hovering under -20F/-29C and winds gusting over 100mph/160kph it takes a toll on the human body. In those conditions, you hole up in your tent passing the days waiting for better weather. And when a break it comes it is usually just a few days. At some point, you just give in.

We are now well into February, so those wanting to summit in winter are becoming more mindful of the deadlines.  By either definition of winter, there is still plenty of time but they need to jump on every opportunity. The standard definitions include the meteorological definition that begin on the first day of the months that include the equinoxes and solstices thus February 29, 2020, would end winter. The astronomical definition uses the dates of equinoxes and solstices thus winter would end when spring begins on the spring equinox. For the Pakistani peak that is 20 March at 08:49 and for Everest it’s 20 March at 09:34. source I went deeply into this last year on this post.

Thus far this winter of 2019/20 there have been no summits on the 8000ers attempted: K2, Gasherbrum, and Broad Peak. Only the 6000er Ama Dablam has seen multiple summits. There is still a slight chance that Denis Urburko and Don Bowie attempt K2 after Broad Peak, but Don became ill on his last summit push thus making K2 even less probable.

Nepal issued permits to 27 members from five teams on four peaks: Everest, Ama Dablam, Nuptse, and Mount Rokpai. The largest team was Alex Txikon’s Ama/Everest with 20 overall members but only three for Everest.

Tamara Lunger and Simone Moro were attempting to link a crossing of Gasherbrum I and II when on Monday, January 20, 2020, Moro fell through a soft snow bridge and 12 meters into a crevasse. They were at the Icefields at the base of Gasherbrum. Lunger, roped to Moro, self arrested but was pulled within a meter of the open crack. He eventually climbed out but she injured her hand. They both were flown by Pakistani military helicopters to Skardu thus ending their expedition.

On Everest Jonatan García with Alex Txikon’s team also punched through a snow bridge and into a crevasse in the Khumbu Icefall. He hurt his back and was flow back to Kathmandu ending his effort.

Also on Everest, solo climber Jost Kobusch, hurt his foot resulting over a week delay while he recovered. He says it better now, but it must have taken a toll on his capacity.

The only K2 team, lead by Mingma Gyalje Sherpa, ended their effort this past week citing “personal reason”. I spoke with Mingma and he told me

” Yes, it was tough but I felt we are not prepared because winter in the Karakoram is completely different from Himalaya.”

We will talk more once they are back in Islamabad or home. He also said one of their Sherpas was hit by falling ice just below ABC and needs medical treatment but it’s not too serious. Everyone else is safe.

Alex Txikon and teammates climbed on December 26, 2019, what they believe was a previously unsummited peak in Antarctica before going to Nepal for Everest.

Jimmy Chin along with Conrad Anker and others wanted to ski the north face of Mt. Tyree, the second-highest peak on the Antarctica continent. The results are unclear, Jimmy was coy on if they succeeded or not writing “We did a little ass-kicking and also got our asses kicked.”

Don Bowie developed some kind of lung issue forcing he and Denis to abandoned their summit push.  They want to try again. Urubko posted on Facebook:

“We are in BC; today weather is miracle for summit

🙂 but I was not able to leave Don alone. He was very bad. Now he needs rest” Now firmly in February, the winter clock is ticking louder. Injuries and weather are taking their toll on the climbers. No 8000er summits, yet. Only 3 teams remain on the 8000ers.

Denis Urubko’s goal is to complete, what he considers, the first true winter ascent of Broad Peak and then, perhaps, go to K2 within his “winter.” He is teaming with Don Bowie and Lotta Hintsa. Hintsa is not on the summit push.

Txikon on Southeast Ridge – Back at EBC

Alex Txikon and team are back at EBC after reaching 6500 meters near the base of the Lhotse Face. They wanted to reach Camp 3 but winds turned them back. Txikon’s posted this update on Facebook and Twitter

We’re back in Base Camp! We set off toward C3 on the morning but the wind was too strong. We left a gear cache at 6500m and turned around. We’ll go up again aiming for Camp 4 as soon as we get two days of good weather.

Jost on West Ridge – Back to EBC

German alpinist Jost Kobusch, with his foot healing, appears to be back to base after inspecting the route to gain the Cho La Pass. He posted on IG:

Took a closer look at the rock climbing passage today. Feeling really better – during the last few months I’ve had stomach problems. But they have improved by about 20 So I have 20 % more energy! Many of you keep asking me how I’m doing. I am incredibly happy and grateful to be here and to live this adventure! At the same time, I am also concerned about the physical complaints and the danger I am temporarily in. It’s a mix of love and hatred that makes this adventure so exciting and creating an intensity that makes me appreciate so many small details in my everyday life! I already remember with so much clarity of so many experiences out here. Like climbing a 6 B+ solo and being so much under adrenaline that you almost surrendered. Or the icy temperatures of my winter everest route that were so low that I had to climb in mountain boots, down suit and mittens. The mittens opened so I could climb with free fingers – but I had to warm every two minutes with my breath… and then there are times when I walk the Tim Ferris show or bergmeister listening to the glaciers. Then I’m in flow and get so creative! Being here – it’s a whole mix of physical and emotional sensations. ⠀⠀

In review, he plans on a winter, solo Everest climb without supplemental oxygen and no Sherpa support. This exact style has never been attempted or accomplished. You can track his location on this excellent map from 3D Reality Maps.