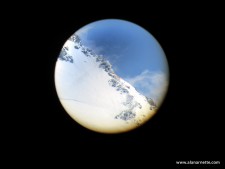 With a good weather window, three teams are on K2 today: Nims Purja and his Sherpas, John Snorri Sigurjonsson with Muhammad Ali Sadpara and his son Sajid Ali and Mingma Gyalje Sherpa with two Sherpa teammates.

While there are reports of high winds at C1 and C2, overall the weather looks good until January 5, 2021, so climbers will get as much of the ropes and camps in before returning to base camp to wait out the winds. This what usually stops winter K2 attempts – high winds. While the progress thus far is impressive, we’ve seen this before. It’s an open question as to what weather January will bring.

That said, I still say if Nims sees an opportunity to “run” to the summit, he’ll take it. Stand by.

Mingma G is pushing hard and has fixed as much of the route as they can.

We three are in camp 2 today. There are no other team here. Tomorrow we will fix 900m rope from here and then decide what to do. We don’t have more rope to fix further.

This report directly to me may have come before NIms and his team of seven arrived.

Nims made a carry to C1 yesterday and continued to C2 today. He does have on client back at base camp, a 19-year-old Adriana Brownlee whose father said she only wants to go to the lower camps. She made this update:

Arrived at k2 Base camp!! After a quick 4 day trek from Jhola we arrived on Christmas Day at 10pm at BC … Hopefully I will be setting out to camp 1 and possibly beyond for some winter training after 4 days rest at BC whilst the rest of the team push onwards and upwards – reaching camp 1 today. Today’s weather is currently around -25 degrees and sunny

We came to the second camp. We will stay here for the night. Tomorrow morning I will assess the state of acclimatization of the team in order to understand whether we are ready for further ascent or not yet. We are advancing much slower than usual, but this is expected due to extremely low temperatures and a large amount of cargo. Today was a difficult but fruitful day

John Snorri Sigurjonsson fixed the ropes to C1 a while back but laid back since then saying their first rotation was tough. Now it appears they are back in the game:

We will stay in camp 1 today and head to camp 2 tomorrow morning 28th. There wind is strong today.

Seven Summits Treks was at the Concordia camp on the trek in, yesterday. They should arrive at K2 Base Camp tomorrow.

Who would you like to see make the first Winter summit of K2?

See this link for all polls

Broad Peak Winter Expeditions 2021 is about to start with two members: American of Israeli-Russian descent and Hungarian Zoltán Szlankó. Alex flew from the USA to Pakistan on Sunday and Zoltan plans to leave Hungary tomorrow, 28 December. Jasmine Tours Pakistan is supporting this expedition in Pakistan. László Pintér, press officer of the Broad Peak Winter Expedition 2021, issued this press release that shows more of intent to explore than to summit:

Not being sponsored climbers, Szlankó and Goldfarb had their work cut out to put together an expedition to one of the world’s 14 highest summits, in the season with the harshest conditions. With 2020 having been plagued by the novel coronavirus pandemic, insecurity shadowed their preparation. Finally, they are ready to go. However, this has not come without heavy compromises and changes to their original plans.

Their basic idea was to put together a small team of 3-4 climbers. In the end though, Goldfarb and Szlankó will be the only members of the expedition, which of course limits their possibilities. Szlankó had to let go of his idea of trying a ski descent, so that they can move together on the mountain, which would provide a little more safety. Their small expedition will not use any porters/HAP nor supplemental oxygen.

The greatest compromise though will be the timeframe they can spend on the mountain. Their budget does not allow a helicopter approach to base camp, so they need to trek in. Considering that their deadline to return is early February due to work commitments for Alex, that does not leave them too much room for climbing.

The team is not aiming for a high publicity stunt. They only chose to communicate centrally to be able to give credible, first-hand information to the media, which seems to have high interest in any winter 8000er expedition.

Expectations should be kept low, though. They approach the mountain with respect and tailored to their possibilities. They have the utmost respect for the mountain and for the climbers that have tried before, and know that chances of summiting are close to none, even with the greatest luck with the weather. The two climbers want to build up on their winter climbing experience from last winter, when they climbed in Nepal. They both climbed Lobuche East (6119 m) for acclimatization and Alex also summited Ama Dablam (Zoltán reached C3 there).

This is more like an experiment for them for the coming winters. They want to test the conditions in the Karakorum’s 8000ers arena.

Szlankó is flying to Pakistan on 28th December. He is full of excitement but does not want to get overexcited:

“This is more like a reconnaissance, it is about gathering experience. Because of our limited time frame our chances of a summit bid are negligible, but of course we will do our best to reach as high as possible. We did not want to lose this winter, but we can only make use of a part of it. I am very happy that we can start at all. I am looking forward to climb, to test ourselves and to collect experience and knowledge for future expeditions!”

As a president of the Hungarian Expedition Society, Szlankó thinks that these experiences are very important and valuable for teaching young aspirants of future expedition generations, and spreading knowledge about high altitude climbing.

The expedition’s media partner will be the Hungarian online outdoor magazine, Mozgásvilág. Bilingual news dispatches will be available in Hóhatár, a Facebook group run by Mozgásvilág and dedicated to international mountaineering news.

Tenji Sherpa and Vinayak Jaya Malla are going for a no O’s winter expedition. Also on Manaslu, long-time climbers, Simone Moro and Alex Txikon will go for a winter summit.

6 Responses to “Winter K2 Update: Climbers All over the Mountain”