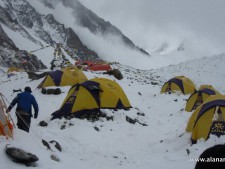 Today, Thursday, December 31, 2020 K2 has no climbers on her flanks. Most of the aspirants are staged at Base Camp waiting for the next weather window or resting after fixing ropes to 7000-meters.

Winds are high today with windchills near -60F/C. The forecast calls for a couple of low wind days over the weekend then strong almost all next week. There may be a few people who risk climbing to C1 in these conditions but not many. Patience is key when climbing in winter. It may be time to hunker down in Base Camp.

Mingma Gyalje Sherpa is back at BC after getting the fixed rope to 7000-meter, roughly at the top of the Black Pyramid. He sent me this video. I believe this is just out of C2 and you can see old ropes on the Black Pyramid:

Whaat is your personal opinion of using supplemental oxygen on this winter's K2 attempt.

See this link for all polls

Nim’s: Back at BC

31st Dec – Finally all team members are at base camp complete.

On 29th dec, I decided to hold my team at Camp 2 for an extra day of acclimatisation. After a careful assessment of the situation, it was decided that only a part of the team to carry on fixing above Camp 2 and the rest to descend down. The plan to make all my team members sleep at Camp 3 was unsuccessful. However, the mission to complete setting fixing lines to Camp 3 teaming with Mingma G was successfully completed yesterday. It’s great to see our Nepalese team uniting and working together for a common goal #K2winter.

I must admit my team were slightly late to be in the better position to attack K2 summit push on upcoming weather but hey eyy who sees the future .

The pic was taken yesterday when me and the high altitude machine Mingma Tenzi went up to help our fellow brothers. We pushed hard and finally managed to help them complete setting the lines up to Camp 3. Me and Mingma descended to Camp 2 quite late yesterday evening. The full moon was out, it was beautiful but emotionally cold. I tried my best to capture some moments in the camera but it was almost impossible. This selfie might have cost me a small dent in my fingers or two. However all ok . We both stayed outside the tent talking about the climb and the priceless view we both had from there. We tried to enjoy the view and capture it in our memories as much as possible. It was an emotional day for sure.

What’s next ? Well we all have to wait out. 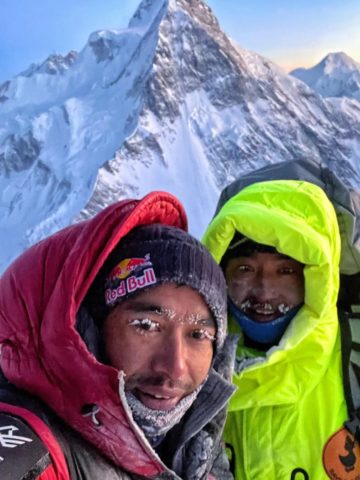 At C2. Courtesy of Nims.

John Snorri Sigurjonsson with Muhammad Ali Sadpara and his son Sajid Ali are back at base camp.

Seven Summits Trek’s massive commercial team is settling in at K2 Base Camp. Dawa clarified his post of yesterday to “All set up done, the team will make several rotations soon, then on the second weather (after 14th Jan) window plaining to send fixing sherpa for the summit push, along with full acclimatize and fit set members. ” He also gave this update:

This afternoon SST – Fixing team (Sherpa) set off from the basecamp, with the plan to fix Camp IV in 2nd and 3rd January. 2nd and 3rd Jan- all members will take their first rotation hike for acclimatization. 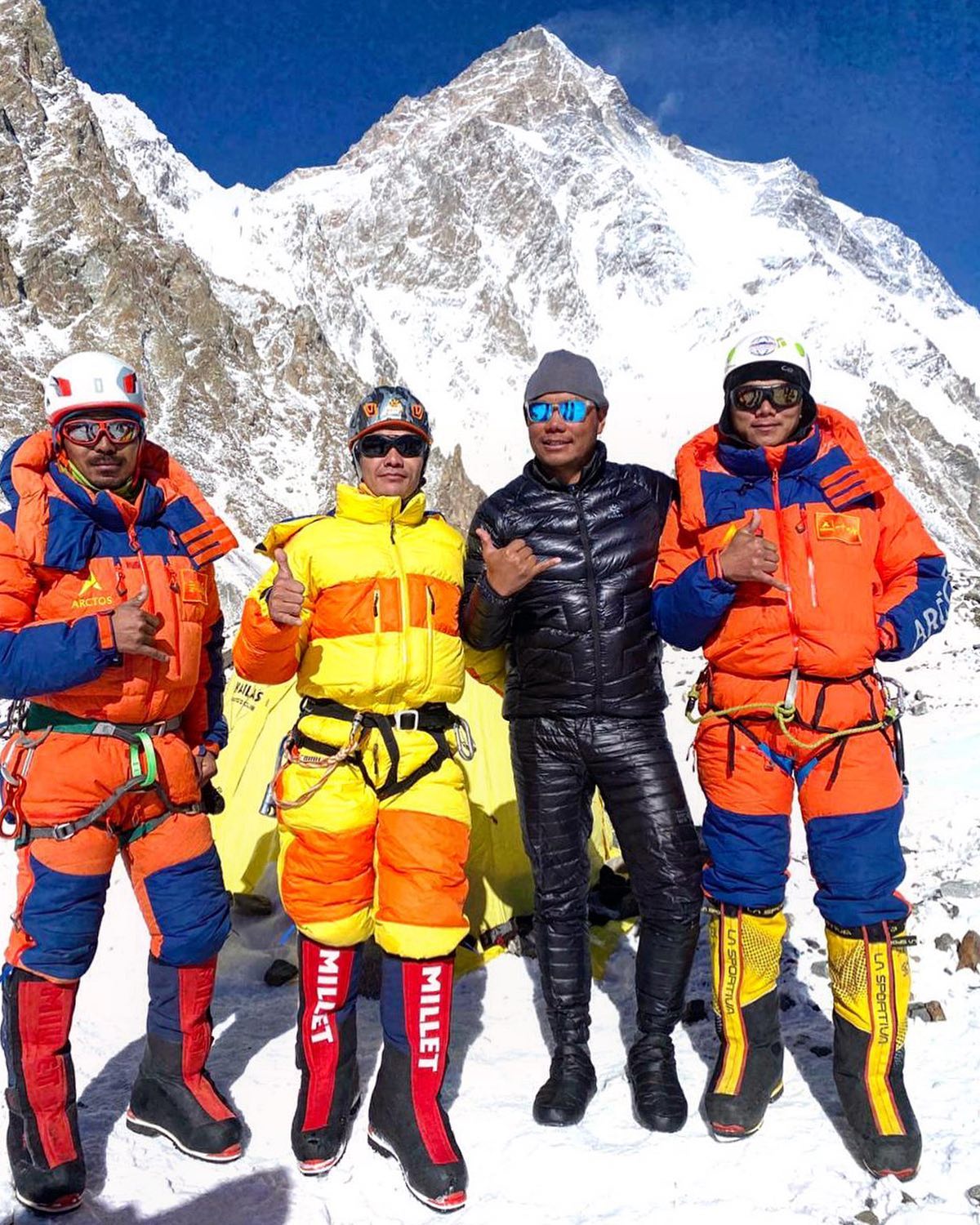