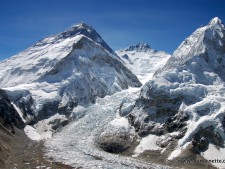 After 11 months of delay, Nepal finally approves permit extension to 2019 for Everest, Lhotse and Nuptse permit holders from the spring of 2014 climbers. They must climb with their 2014 company (not members), and pay additional $1,000 to match the current $11,000 permit fee. Questions remain for 2015 climbers who are eligible if they will get a refund since many have already paid. Thanks to Rajan Pokhrel at The Himalayan for this story.

If this timing was designed to delay 2014 climbers to 2016 to avoid “crowding”, it only partially worked since many 2014 climbers are returning in 2015, albeit with different companies thus are not eligible to use their 2014 permit according to this story. Overall it is sad to see such a mishandling of a simple matter.

This is one of those posts that may be unnecessary but I do it for completeness. Roughly 250 climbers bought a permit to climb Everest in the spring of 2014.

Of course we all know the season was effectively canceled after a small band of Sherpas influenced the others to stop climbing including the critical Icefall Doctors who manged the ladders and route through the Khumbu Icefall.

The deaths of 16 mountain workers from a release of an ice serac off Everest’s West Shoulder was the primary reason for the work stoppage. Their deaths were used to successfully get the Nepal government to increase life and medical insurance for the workers.

A representative from Nepal’s Ministry came to Everest Base Camp on April 24, 2014 after several teams announced they were ending their seasons . He announced that Everest was open and everyone was welcome to climb from Nepal. However, this was the critical part of his comments, those with Everest 2014 climbing permits could use those permits for the next five years.

This was viewed as a goodwill gesture by many at Base Camp and plans were made to return in 2015 saving the $11,000 permit cost.

But as months went by, the offer took on new twists including a requirement that the original team must return in tact or everyone’s permit on that team would be revoked. That twist was eventually rescinded but other new rules were added.

The hold up is that the extension must be approved by the Nepal Government and they continue to ask for changes or simply do not put it on the Cabinet agenda for a vote.

Rajan Pokhrel, an excellent reporter with the Himalayan Times in Kathmandu has been tracking this situation and providing occasional updates through his newspaper. He said today, he expects the permits to be extended. He also suggest the ability to transfer that permit to another team may not be approved.

So, at the risk of over communication, this is the status of the 2014 as I read the situation today:

OK, there you have it, a post with a lot of speculation. I usually don’t do these things but felt an update of some sort was required.

The Cabinet meets on Thursdays so look for more information each week, or not.  Even if it is approved even today, that will be too late for anyone waiting until the last minute to get ready for 2015 IF they wanted to use their 2014 permit.