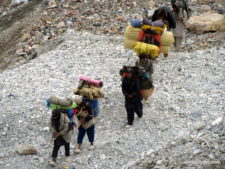 The Polish K2 team is trekking up the Baltoro Glacier and should be at K2 base camp around 8/9 January and the Everest team has arrived at base camp but had a problem already. Also updates on a few other winter climbs.

See this post for full background on the K2 and Everest expeditions and the history of winter attempts on the highest two mountains on Earth. 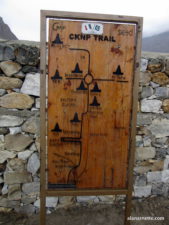 The Polish team continues to trek over the Baltoro Glacier towards K2 Base Camp. It’s reported they have 100 porters!

Friday, 5 January was Krzysiek Wielicki’s 68th birthday. He is leading the team.

They were last reported at the primitive camping spot of Urdukas after a day delay due to porter issues. They have another couple of nights to camp out before crossing Broad Peak Base Camp and then on to K2 BC.

This 1 minute video is from my own K2 summit in 2014 as we traveled on the Baltoro: 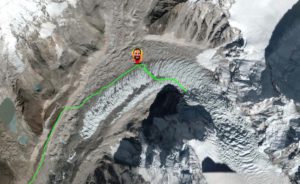 First steps in the Khumbu Icefall

Alex Txikon and Muhammad Ali Sadpara took 8 days to trek the Khumbu to Everest Base Camp on the Nepal side. The pictures on their blog reveal a dry Khumbu! Alex has already made mention of very windy conditions at the base camp.

They have established their base camp a bit higher, by 100 meteres/300 feet, than last year. This shortens the access to the Icefall but also give them a bit more sun as Nuptse, Lhotse and the West Shoulder of Everest block the morning sunrise.

Before the Sherpas will enter the Icefall, they have a puja where a local Lama will ask the mountain Gods for permission to climb the mountain, forgiveness for damaging the mountain and for the safety of the climbers.

The day before their puja, an inauspicious event took place with one of the Nepali team. Nauam, who serves as the coordinator of the Base Camp, apparently fell, opening a large wound that wouldn’t stop bleeding.  He was helicoptered to a local hospital, probably Kathmandu, and is reported to be recovering. Their puja has been delayed to Monday.

From their GPS tracker, it appears they made their first sorte’ into the icefall. This is a normal first step to evaluate the condition and begin to set the route. They had reported they will acclimatize on Pumori Peak which is located immediately next to Everest Base Camp. This 7,161 m (23,494 ft) mountain is extremely avalanche prone and rarely climbed these days. Perhaps they have changed plans given the conditions.

we gonna use one mess tent at our basecamp it ll be our sleeping tent,kitchen tent n everything (of course we have high altitude camps lol),with used clothing n gear it will also be tough job to survive beside climbing, but we r a great team, we r planning to move light n fast n will be climbing in Alpine style n using less rope as we have only 30 days for climbing including acclimatization n base camp setup, due to low budget we will have to be bak by 8th of February in shaa Allah, will leave from skardu on 5th of January n will establish our basecamp probably by 8th January.. 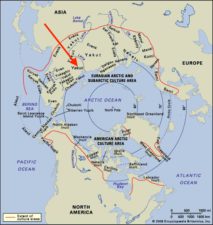 Another big winter climb is by Simone Moro and Tamara Lunger on a very northern peak in Siberia, Pik Pobeda, 3003 meters, in the Chersky Range region.

It has not been climbed in winter. He says on his Facebook post announcing the expedition that in the center of a nearby town, the temperature  was officially recorded at 71,3 c° (-96,34 F)

They have not posted any updates.

Tomek Mackiewicz and Elisabeth Revol are hoping to get a winter summit of NB this year.  This will be the seventh attempt for the 42 year-old Polish climber, Mackiewicz.

They arrived at Base Camp on 24 December and are reported they have reached 6000 meters on their first acclimatization push.

Best of luck to all. I’ll be covering these climbs throughout this winter.

2 Responses to “Winter K2 and Everest Progress to Base Camp”