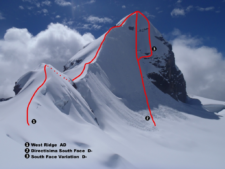 I’m very excited to announce my plans to climb in Bolivia in July 2019 and an Alzheimer’s fund raising event opportunity.

Before I talk about the climbs, I want to introduce a new fundraising concept for this time. Those who have followed me over the years know that I promote direct donations to research-oriented Alzheimer’s non-profits or supporting clinical trails during my climbs. This has resulted in hundreds of thousands of dollars in direct donations, none ever to me.

For this Bolivian expedition, I want to offer to speak at any event in any mainland US City as long as the organizers (individual, group, organization, company, etc.) will guarantee that a minimum of $5,000 will be donated directly to a research-oriented Alzheimer’s non-profit.

Click this link to add your “Event Bid” and the highest over $5,000 will win!

I’ll update the bids on my blog throughout July and announce the winner on August 1, 2019.

Of course, as always, direct donations in any amount are appreciated. Read more about why this cause is so important at this link and how Alzheimer’s took Ida Arnette’s life.

You can read more about my professional speaking at this link

These peaks have become extremely popular climbs for aspiring high-altitude climbers. With relatively easy access, low cost and reasonably high success rate, many people new to climbing seek these out for their first big peak. I have a few different reasons.

Bolivia is a country in central South America, with terrain spanning Andes Mountains, the Atacama Desert and Amazon Basin rainforest. At more than 12,000-feet, its capital, La Paz, sits on the Andes’ Altiplano plateau with Mt. Illimani in the background. Nearby is Lake Titicaca, the continent’s largest lake, straddling the border with Peru. We will fly into La Paz, the world’s highest capital city and the world’s highest commercial airport at 13,200-feet.

We are taking a well-thought out acclimatization program that starts at 12,000-feet and gradually moves higher to the summits of three peaks ending with Illimani at 21,125-feet. 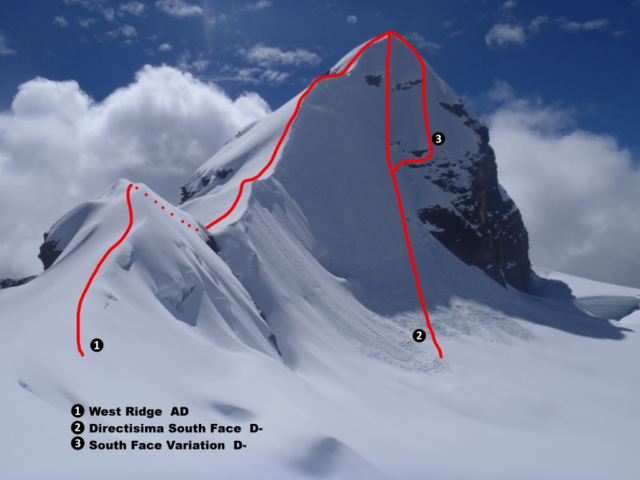 The climbing sounds like fun! As one person put it “The summit ridge of Huayna Potosí provided a spectacular finish to this climb. The snow at the top is too narrow for pickets, and too soft for ice screws. If someone falls the only recourse is, hopefully, to jump off the other side in time – in other words “watch you step!” ”

The normal ascent route is a fairly straightforward glacier climb, with some crevasses and a steep climb to the summit. The first ascent of the normal route took place in 1919 by Germans Rudolf Dienst and Adolf Schulze. 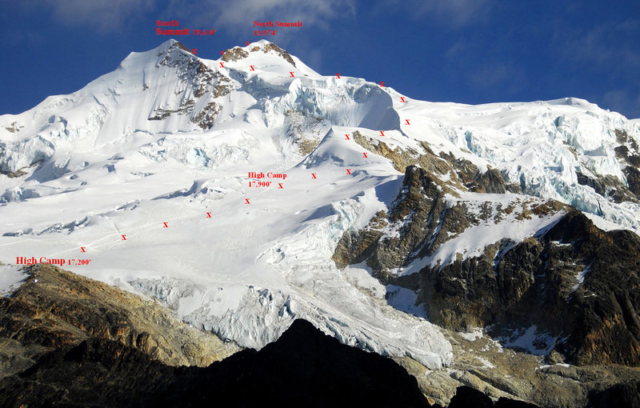 At 21,122 ft / 6438 m, Illimani is the highest mountain in the Cordillera Real of western Bolivia. It lies near the cities of El Alto and La Paz at the eastern edge of the Altiplano. It is the second highest peak in Bolivia, after Nevado Sajama, and the eighteenth highest peak in South America. Towering over the south of the town of La Paz, Illimani is a revered mountain by the Bolivians. The name seems to derive from the word Aymara Illi mani, meaning Golden Eagle. 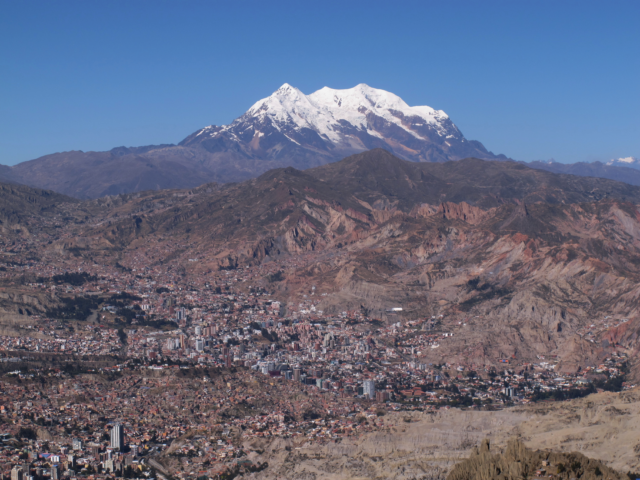 I will be on the mountains for most of this trip with limited internet access but will update this Blog and social media as I can. A full trip report will be available after the climbs.