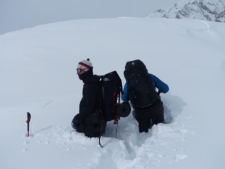 I was quite surprised when I read the news from John Snorri that their winter K2 attempt had come to a sudden halt and all members had flown back to Askole. I’ve known the expedition leader, Mingma Gyalje Sherpa‘s and his Imagine Nepal guide company for years and highly respect his skills and leadership ability.

The big picture is the expedition was delayed arriving at K2 Base Caamp by deep snow on the Baltoro glacier. The extreme cold temps below -30C/-22F took a toll on humans, supplies, and gear. They lacked K2 Winter experience to fully understand the challenge as they felt comfortable with their Nepal winter summits as a base. Again, cold and wind stopped their efforts at C1 and they feared frostbite. Finally, one of the Sherpas was hit by falling ice and fell into a crevasse, necessitating a helicopter evacuation. And, if all that was not enough, Mingma got pneumonia. All in all, it was a tough experience.

A short intro about Mingma, he is an IFMGA/UIAGM certified Mountain Guide who started his mountaineering career in 2006 with his first attempt on Mt. Manaslu.  Over the past 14 years, MIngma has summited: Everest, Kanchenjunga, Lhotse, Makalu, Cho Oyu, Dhaulagiri, Manaslu, Nanga Parbat, Annapurna, Gasherbrum I –I, Broad Peak and Gasherbrum-II.  Only Sishapangma remains for him to claim all 14 of the 8000ers. He has many other first and solo climbs and ranks as one of the top Sherpa climbers. We summited K2 in the same year, 2014, and I was supposed to join him on Annapurna a few years ago but the trip didn’t happen for me.

I reached out to him a few days after the news broke on what happened. I asked if it was gear, mental, physical, team dynamics? Or just the severe mountain conditions? His reply then, “On many things.” They had established their Camp 2 at the base of House’s Chimney at 6,600 meters, the lowest altitude reached by any of the eight winter attempts since the first in 1987/8. 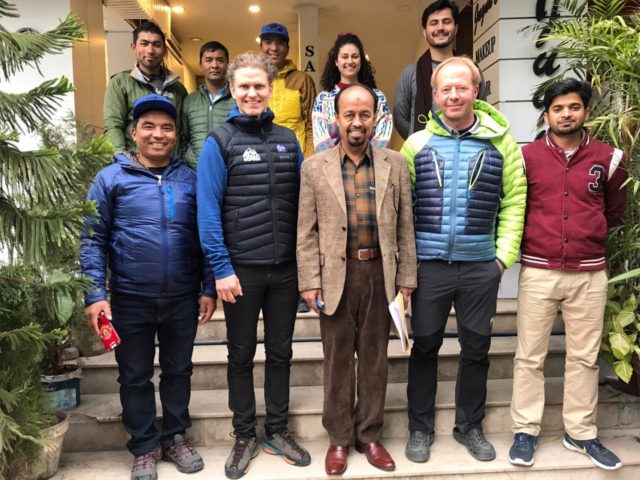 Summiting K2 in winter is a formidable task that necessitates all team members being fully prepared, both mentally and physically, to face the challenge. Team members Mingma G of Nepal and Ga Li of China have both expressed that they don’t feel fully prepared to make the scheduled attempt of personal reason. Taking this into consideration and after much deliberation, it has been decided that the mission will not go forward. We thank you for your support throughout the months of preparation and will keep you posted on our future endeavors.

MIngma sent me this candid report along with a few pictures today, February 14, 2020:

Comparatively we had better weather than last year and our progress on mountain was digestible. We stared late so we had to face deep snow on all the way to K2 base camp and starting late was first mistake. Its 7 days trek including one day drive to Askoli but we took 11 days in this winter to reach K2 base camp.

All we 4 Nepalese had done winter 8000ers expeditions in Nepal and we felt like we were experienced enough to go for K2 in winter. But the winter environment on K2 is completely different from Nepal. Our camp was completely on snow and we had nights with less than -30deg in base camp and it was extremely cold in above camps. Our tent used to get all icy inside from our breathing and the ice dropped from there wet our clothes inside the tent.We had worked hard in such cold situation. If we washed our clothes then it takes more than a week to get it dry unless we dry them on gas heater or stove. Most of us used to hang our clothes inside the kitchen tent and they used to get dry easily but they absorb smell of kerosene from the stove and it stinks while wearing. Almost all our food were frozen in base camp. In all we had very hard life during our trekking and climbing. I realized we should have taken one Sherpa from previous winter K2 team so that we could prepare more.This was our another mistake which is clear.

We arrived base camp on 22nd January and on 24th we tried to fix line up to advance camp and little above. Having rest on 25th, we fixed the line to camp1 on 26th January and Gao Li, Sirbaz and myself stayed there for fixing route above camp1 but it was very windy next morning and the temperature was below -40,-50deg. We had wind whole the night and the sound from the wind and tent didn’t let us sleep well so we decided to descend down to base camp and wait for better days. We would be stupid climbers if we continued in such cold temperature as we could lose our hand and legs to frostbite. On 29thJanuary, our 3 Sherpa, Tomaz and John moved to camp1 for fixing the lines to camp2. The Sherpa team fixed 500m above camp1 and then they descend back to base camp and the duo Tomaz and John decided to take a lead another day and they fixed more than 200m on 31st January and our route to camp2 was almost clear in just 4 days work. Then all returned back to base camp by 31st January and we had to wait for few more days as the weather was showing very high wind even at 6000m

By then the news of corona Virus in China was spread worldwide and that put our team member Gao Li and myself into worrying situation. We had taken 30GB data internet package ofThuraya but our internet worked only for one day. So we were out of internet connection. Having no connection with so many friends and relatives in China, So Gao Li decided to quit the expedition and return back so he can be connected with all his relatives and friends. I had also caught cold and I was coughing everyday so I decided to return back with Gao Li to check my health. Returning back to Nepal, we went straight to hospital and my medical report now found out I got pneumonia so it was good I retuned back on time.And then Tomaz also decided to return as he felt it won’t be possible without Gao Li and myself and he has very good weather forecast which shows not so good weather in coming days.

3 Sherpa, John and Sirbaz were still in our project and John wanted to continue. Wind was expected to be low on 6th and 7th February so our team members decided to fix line to camp2 and above. 3 Sherpa started early morning from base camp on 5th February. While approaching to camp1, one of our Sherpa was hit by ice blocks and fell down into the crevasse below ABC. His legs were hurt and swollen so other two decided to return back to base camp helping him. Tomaz is doctor by his profession so arriving back to base camp, Tomaz checked Kilu’s legs and he suggested him to go hospital so on same day we flew back to Skardu by helicopter.Remaining team member decided to quit the expedition because they didn’t have enough time to fix all the way to summit within February as the weather report showed high wind till 14th February. Remaining 2 weeks are unexpected because of weather and they also need to carry so many ropes, oxygen, food and tent to higher camps. And it was almost impossible to complete whole work within few days of good weather.

This is not the end. 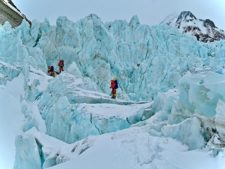 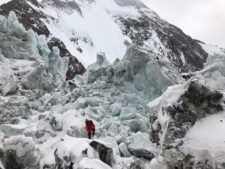 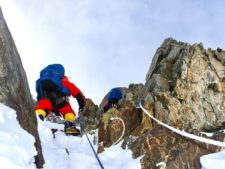 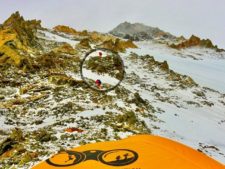 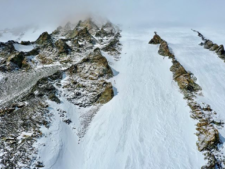 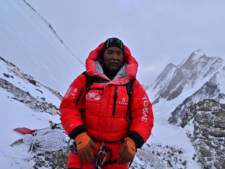 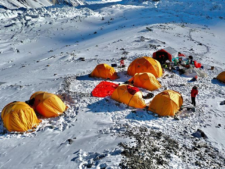 I have no doubt he will try again, he just might be the first to crack this challenge.