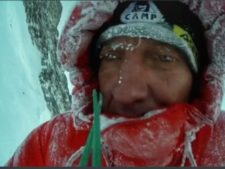 Broad Peak weather forecast changed so Urbuko will leave for the summit Sunday, February 16 aiming to top out on the 17th. He’s alone with no comms so we won’t have any updates until mid-week. Txikon moved to C2 on Everest while Jost seems to be exploring options for the West Ridge.

Denis Urubko is working the schedule around the weather. Txikon’s home team including Pintér László and Mozgasvilag gave this update:

Denis sent an SMS to Pipi Cardell a few minutes ago:

🙂 Than BC and expedition finished”

This means that after a lot of discussion about forecasts he wants to try the window on 17th, which looks to be clear, but windy (70-80 kph). He is not going to take communication source with him, so there will be no word from him until he gets down. This way he spares weight and can fully concentrate on the task. This is how he did it last time on Gasherbrum II last summer opening a new route.
Weather discussion: the window that seemed to open from 20-22nd Feb changed significantly. Our friend from the Hungarian Met Office Tamás Allaga informed us that 19th-21st is still more favourable in terms of wind (40-60 kph – that is a small increase to previous), but clouds and percipitation has changed in the wrong direction. 20th and may be the night of 19th looks stable, then it can start to snow, and wind starts to pick up again. So even if the amount of snow does not look too much, visibility could be a problem because of the clouds. The course of the cyclone that has an affect on the second window, has changed significantly to the previous forecasts, and can still change further. So he had to decide whether he wanted to climb in clear weather with strong wind (17th) or climb with much less wind but possibly deteriorating conditions (21st). Denis said he can manage winds up to 70 kph.
Now all we can do is cheer him on and cross our fingers for him.
Text: Pintér László/Mozgásvilág
Fotó: Denis Urubko 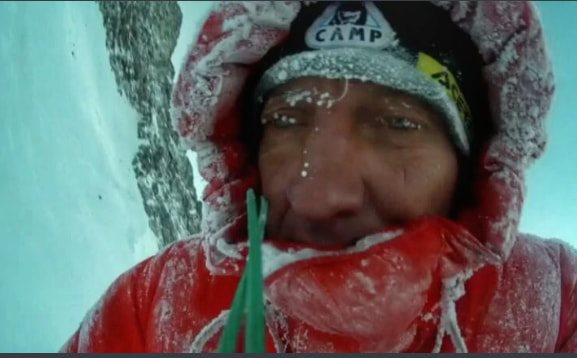 Jost on West Ridge – Blown Back to EBC C1

German alpinist Jost Kobusch, returned to his Camp 1 at 6010 m | 19,717 ft on February 14 but is now back to base camp.  It appeared from his tracker that he explored an alternative route to gain the West Ridge proper. Or he might have been avoiding the strong winds over the last few days. In review, he plans on a winter, solo Everest climb without supplemental oxygen and no Sherpa support. This exact style has never been attempted or accomplished. You can track his location on this excellent map from 3D Reality Maps. 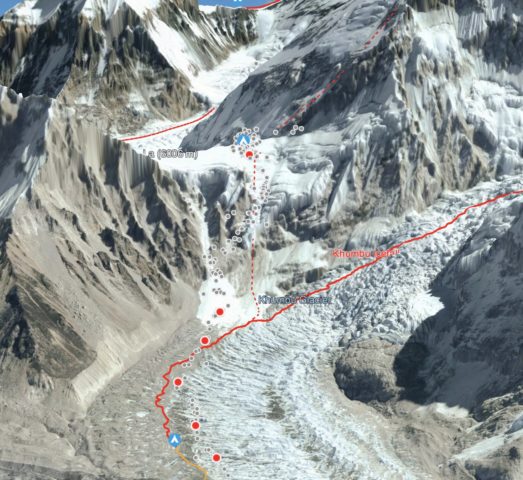 Actually, I wanted to start from camp one and head towards camp two. It’s already much warmer than a month ago, but still quite windy – it already cracked my tent again 😂, Yesterday morning the wind was so strong that it bent the tent down to 30cm and I had a liter of water in my sleeping bag 😅 . Then, nevertheless, have packed and have gone. But I didn’t get very far – I had to bow to the wind and turning around was the only sensible thing to do – I almost flew away while walking! Just as the base camp came into my field of vision, a lot of clouds came up and a lot of sand was swirling in the air – let’s see how it develops. Maybe I’ll go as high as I can without a lot of luggage and check the route again 🤔 . PS: In camp one the tent could not be repaired – too cold for the glue

Txikon on Southeast Ridge – At C2

With an improved forecast Alex Txikon and team are back up to the mid camps – C2 planing on C3 tomorrow. Txikon’s posted this update on Facebook and Twitter

climbing team resting in C2. Tomorrow, weather permit ng, they will try to continue towards Camp 3.

From Monday, February 10 in the Base (altitude 4100 meters above sea level), about a meter of snow fell, stopping the expedition. On Thursday in BC, the wind sometimes reached 60 kilometers per hour. Visibility is limited to several meters.

“That is why there was no way up this week. We are waiting for the weather to stabilize, and only then will we assess the avalanche conditions and when we can resume the campaign, “says expedition manager Piotr Tomala. “Our next task will be re-paving the road to CI, checking the condition of the former handrail ropes and equipment left in the Camps” – he adds.