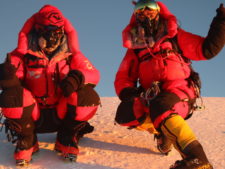 As the exuberance winds down for the first-ever winter summit of K2, there are still scores of climbers hoping to join the parade. While there will never be another first, or even tenth, they will have a mark on their summit card that few will ever hold and I wish them a safe climb.

However, some will position their summit, if achieved, as a “first” and parlay it into a book or speaking deals but the world will know the ten who made winter history on K2.

Big winds, perhaps over 100 mph at Base Camp and stronger higher on K2, are in the forecast. It’s time to hunker down. This wind event could last into the weekend, but next week looks better, as in windchills back to “only” -50F. Overall the daily temperatures seem to be warming a bit as we inch closer to spring. There are still many climbers on the SST team that have not completed their acclimatization rotations, so we may not see the last summits, if there are any, until February.

Mingma Gyalje Sherpa told me directly on Tuesday, January 19, 2021, that he is heading back to Skardu, and when I asked him, he said he did use supplemental oxygen. I am not 100% sure, but I strongly believe so did the other 8 Sherpas on the summit team. He will post photos when he gets to Skardu. 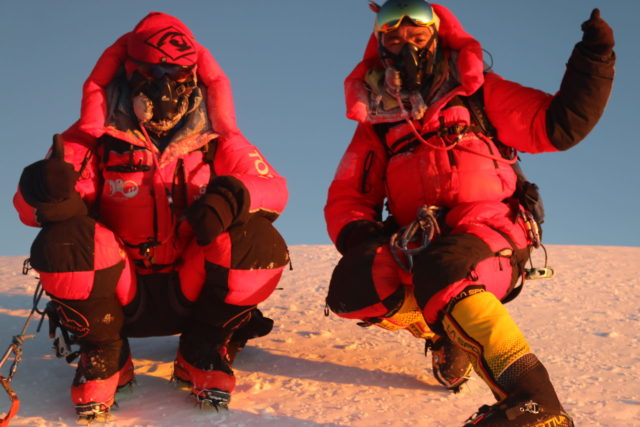 As I’ve said many times, I’m extremely happy and proud for Mingma. He had a strong vision to summit K2 on behalf of Nepal and found a way to get it done. Well done, well done.

Snorri – Tagged C3, Back at BC

John Snorri Sigurjonsson with Muhammad Ali Sadpara and his son Sajid Ali have signaled they will stay as long as it takes. They should be back to K2 Base as they helped wi the search for Alex Goldfarb near Broad Peak.

Seven Summits Trek’s has their team at base camp. By my count there are 18 members and about 20 Sherpas still left.

Manaslu – Bad Weather at Base Camp

Simone Moro, Alex Txikon, and Iñaki Alvarez are back to Manaslu Base Camp after making a carry to Camp 1. Tenji Sherpa and Vinayak Jaya Malla, both Nepali internationally certified mountain guides (IFMGA) are at Manaslu Base Camp ready to move higher.

Terrible weather. Today was one of those days meant to stay in your sleeping bag and don’t go out. I’ve been in the kitchen since I got up at 8, with my feet getting colder … We can’t stop thinking about Sergi and about the sorrow his family will feel. Be strong. While on the other hand we found out today that Nims summited K2 without supplemental oxygen, congratulations!