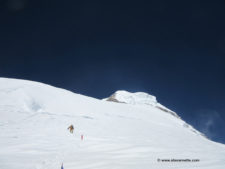 There were 22 summits on K2 but none today on Broad Peak and Gasherbrum I due to snow conditions. Several Pakistani climbers furthered their CVs with the K2 summits plus Ukrain had a great day. Congratulations to all. More K2 attempts aiming for July 28.

Pioneer Adventure got 10 clients with 9 Sherpas on top. Several are first as they note:

We are very proud to relay the news that our entire team lead by Mr. lakpa Sherp and Mr. Mingma Dorchi Sherpa have successfully summited the Savage Mountain K2.

We couldn’t be any more prouder. We heartily congratulate the entire team for their grand success.

Madison Mountaineering‘s team is at C4 leaving around midnight for their summit push. Mashabrum Expeditions Treks & Tours is also there.
Over on Broad Peak, the effort ended with deep snow conditions and buried ropes:

Just heard from the summit party:

Sarah: “Back in camp 3. We all turned around due to slab avalanche danger at 24,200′. Also fixed lines were swept away by previous avalanche. Of course it was the right call, but I’m devastated. Going to sleep, heading back to base camp tomorrow.”

And it’s also over on Gasherbrum I from Marco Confortola home team:

Marco is rapidly descending to the CB and updates will follow. We are receiving so many messages about Mario and Marco in his phone call at 4 local time just said “I give up“ I don’t have good feelings. These are personal choices dictated by instinct. Mario was under him and it is not taken for granted that he made other decisions. We wish him the best.

Pioneer Adventure rope team made it according to this post:

We are proud to announce that our rope fixing have successfully opened the route till summit!
Mr. Sanu Sherpa
Mr. Pemba Rita Sherpa
Mr. Chhiring Namgel Sherpa
They successfully reached the summit at around 7:38 am as informed by Mr. Sanu Sherpa from the summit. Our team lead by Mr. Lakpa Sherpa and Mr. Mingma Dorchi Sherpa will also be reaching the summit within an hour or so. Hopefully everything goes well and we will soon celebrate the success of our entire team

Just in from Taqi Hushe team leader and also from@Sakhi SKp the Owner of Summit Karakoram.

Hushe Pakistani Expedition members are going to Hoist National Flag on the top of Mighty K2 very soon INSHA ALLAH.they are some meters below the Summit MASHA ALLAH.
Need our sincere prayers and wishes to team members for Successful ascent and Decent

The major teams are from Ukraine should summit soon: 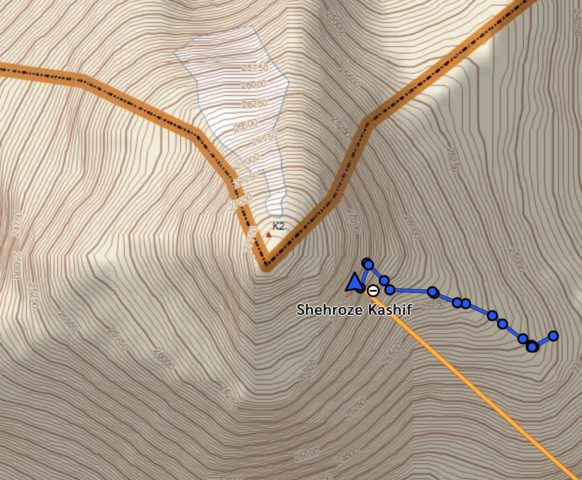