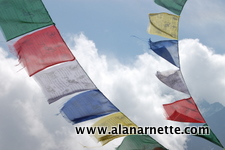 With huge crowds on Everest an accident occurred while descending between the summit and the Hillary Step, according to friends of the deceased.

I was told by friends of the family that American Don Cash, 55 from Utah, on Wednesday May 22. He had two climbing Sherpas with him and was using Pioneer Adventures, a Nepali owned guide company out of Kathmandu

This is the third death on Everest this season. Indian, Ravi Thakar, died after summiting while at the South Col and Irish climber,  Seamus Sean Lawless, disappeared and is presumed dead from a fall between the Balcony and South Col near 8300-meters after his summit. A search team left today to try and recover his body. Overall there have been 12 deaths across the 8000-meters mountains just this spring climbing period.

Update: more information is becoming available. It’s now reported that Don summited after an extremely long push, over 12 hours, and became unconscious on the descent. The sherpas performed CPR and were able to revive him. They then moved him to the Hillary Step where he was caught in a traffic jam for 2-3 hours. It was here that he passed out again and took his last breaths. His body is said not recoverable and friends add “his final resting place will probably exactly where he wanted.”

My sincere condolences to his family and friends.

Alan
Memories are Everything!