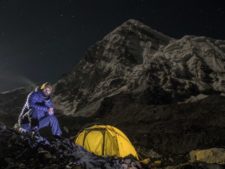 As I covered in a recent post, Everest 2021 is coming on soon. There are questions as to whether operators should run their programs at all. A few have canceled their Everest ’21, but many, including Asian Trekking, are moving forward with confidence.

Early reports suggest Nepal could issue well over 300 foreigner permits, high but under the record 382 in 2019. Also, it appears that COVD is slowing in Nepal, with over one-third of the population should be vaccinated by April. John’s Hopkins shows 158,487 vaccinations thus far.

I discussed the situation with Dawa Steven Sherpa, Asian Trekking – CEO, which will run their EcoEverest expedition from the Nepal side this spring. We cover many topics from COVID in Nepal, Everest, trash, skydiving, and mountain biking plus K2. 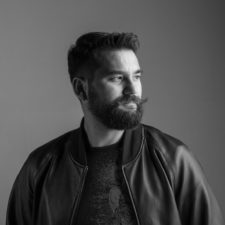 If you don’t know who Asian Trekking is, let me give a brief intro. Established in 1982 by Ang Tshering Sherpa, his family had already been involved in mountain expeditions for many years. Ang Tshering’s father, Konchok Chumbi Sherpa, was a friend of Sir Edmund Hillary and helped him prepare for Everest’s ascent in 1953. Konchok Chumbi was also involved in the planning and supplied the porters and equipment for the 1963 American Everest Expedition.

In 2007 Dawa Steven Sherpa, Ang Tshering’s son took over the business deftly, leading the enterprise into the modern age of mountaineering. Dawa is no stranger to adventure with three Everest summits, plus summits on four other 8000ers. He completed the 3,000-mile Great Himalayan Trail in 99 days, is an avid skydiver, and recently rode his mountain bike from Kala Patar to Namche Bazaar!

Dawa has overseen or personally led over 150 people to Everest’s summit and championed massive trash cleanup operations throughout the Himalayas, especially Everest. He is also a climate change ambassador for WWF and patron of the Duke of Edinburgh’s International Award Nepal. His mother is from Belgium. Dawa grew up in Nepal with an international influence, speaking five languages.

Note, I will be covering all the action on Everest this spring on my Blog.

Thanks Dawa and best of luck this spring with all your climbs.