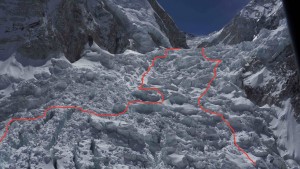 Today we were rewarded with spectacular views of Everest, doctor Lhotse and Ama Dablam from the Everest View Hotel just above Namche Bazaar. I created a gallery of some of my favorites from today.

On another topic, sick Garrett Madison was able to scout out the new route in the Khumbu Icefall and in fact is totally new compared to 2014.  See Madison Mountaineering’s site for more and larger images.

In a post on his site at this link,  you can see it hugs the side towards Nuptse and should offer significantly improved protection from ice releases off Everest’s West Shoulder over the previous routes.

However, it looks like there may be more ladders required to scale the high ice blocks towards the top of the Icefall. Not sure how all this will impact climb times. 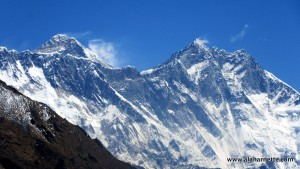 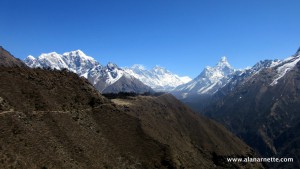 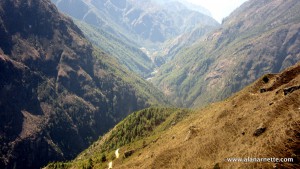 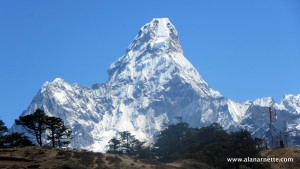 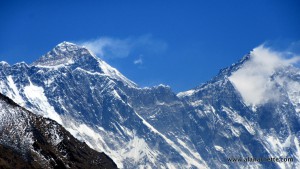 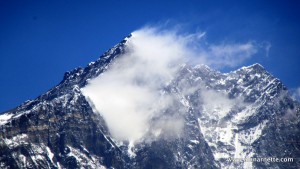 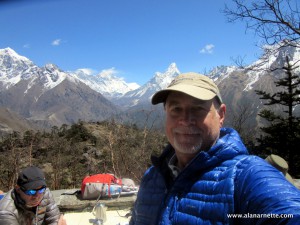 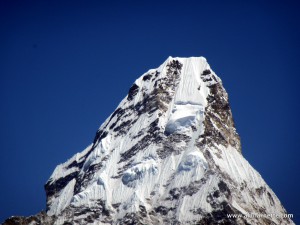 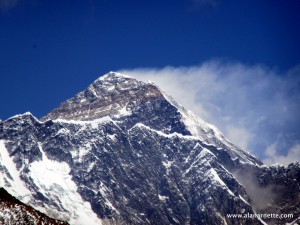 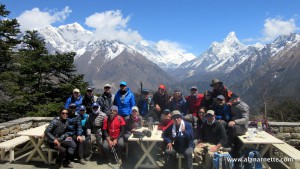 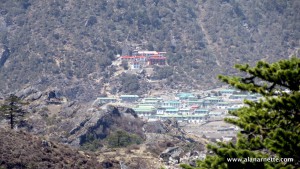 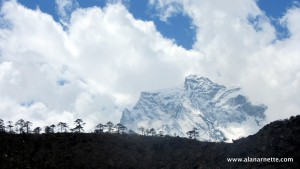 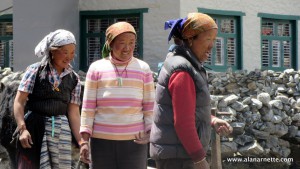 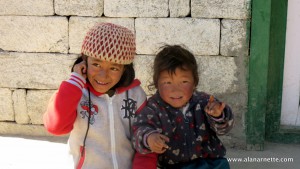 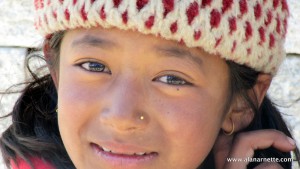 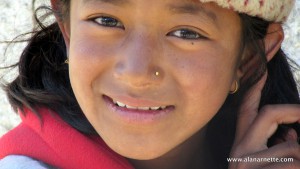 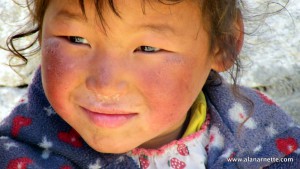 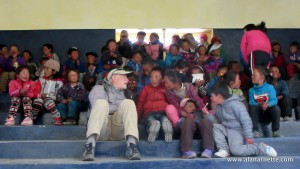 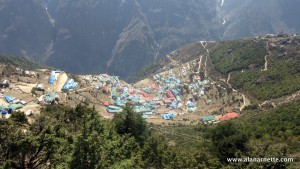 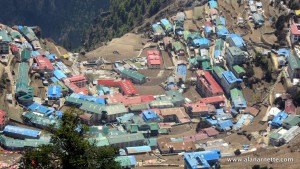