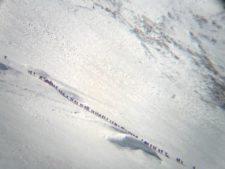 With a period of excellent weather on Manaslu, teams are making their summit pushes and over 150 have aready summited this week. However, deep snow on Dhaulagiri has ended the Autumn summit bids.

Dhaulagiri – Over for the 78 year-old

78-year-old Spanish climber Carlos Soria Fontan on Dhaulagiri has ended his 8th attempt over nine years to summit Dhaulagiri. They tried to summit last week but went up the wrong couloir. By the time they discovered their mistake, it was too late with conditions worsening.

He has Dhaulagiri and Shishapangma remaining to complete his dream of summiting all fourteen of the 8000 meter peaks. 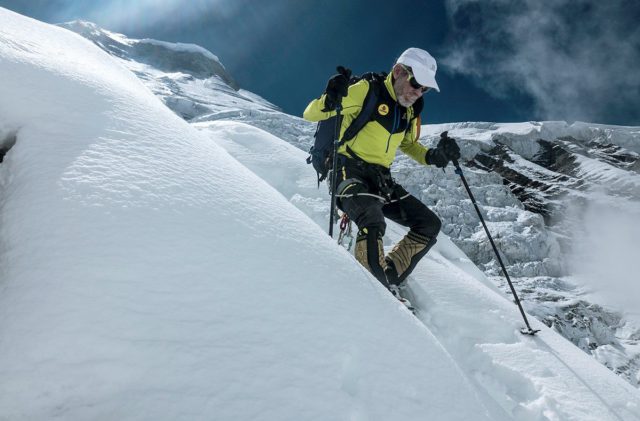 this morning we started a second attempt at the mountain. We knew that we did not have many possibilities, because of the heavy snowfall of the previous days, but we wanted to check for ourselves.

We have started early ascension, and quickly we have been able to make sure that the amount of snow accumulated was a big setback to the intentions of trying the summit. During the ascent to field 1 there have been several avalanches, not far away. In higher areas, more snow is accumulating and in places such as the journey, the way to the top, the danger of avalanches is very high.
In addition, Field 1 stores have been broken by inclement weather, assuming that field 2 AND FIELD 3 have run the same fate. The ropes, previously installed, are buried.

This week opened with the tragic news of Philip Harvey‘s death while descending. He reportedly was suffering from altitude sickness.

Currently Manaslu is giving every team a chance to summit with excellent weather conditions and are they ever taking advantage of it! Reports are coming in daily of summits.

There are an estimated 235 foreigners with permits plus at least that many Sherpas on the mountain. It is so crowded due to China closing Cho Oyu this Autumn fearing demonstrations during a meeting in Lhasa.

Seven Summits Treks who has recently catered to Indain and Chinese members with low prices has the largest team on Manaslu and are enjoying excellent success thus far with almost 90 summits.

These teams are reporting summits with 69 foreigners and over 80 Sherpas totaling 149 people. Click on the links to see the names of the climbers.

With the weather continuing to look good, the remaining teams are preparing for their push. The boot path is surely well established!

Teams that were on the mountain but are not updating their plans include Adventure Peaks.

With so many people on Manaslu, long lines are inevitable. This picture posted by Seven Summits Treks shows the story. I added one of the same area during my climb in 2013 when there was a total of 121 summits. Chances are excellent there will be twice that number in 2017 – a record.

This section between C3 and C4 is a long snow slope at an aggressive angle. It causes many people to slow to a crawl. Once at the top of this slope, the route turns to the climber’s right to C4. 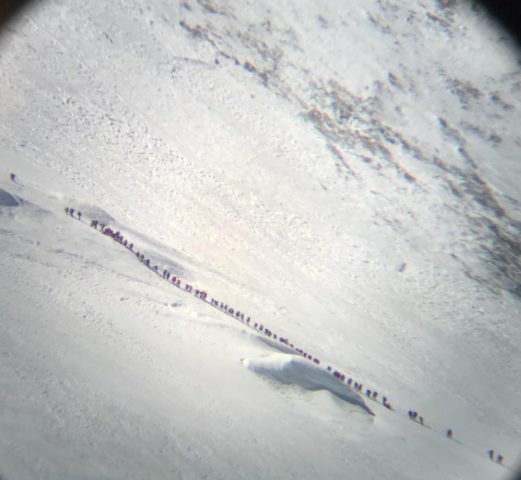 Their latest update should have them at base camp now:

Our team has arrived in Chukkung(4,730m) which is the nearest village from the Lhotse SF base camp.  They started  their journey to the BC from Kathmandu on the Sep 9th, trek to Namche Bazaar on Sep 10th, went through Temgboche, Dingboche and arrived at  Chukkung today .  After a short  acclimatization, they will  move  to built their base camp  on Sep 16th.