Home » Alzheimer's » Back to Nepal for Alzheimer’s 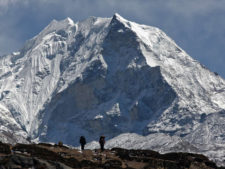 My passion is climbing and my life’s purpose is as an Alzheimer’s Advocate. In that spirit, I’m excited to share this announcement with my friends, supporters, and followers that I’m returning to Nepal in October 2018 for the 12th time.

I will be climbing again and raising money for the Cure Alzheimer’s Fund, a non-profit organization dedicated to funding research with the highest probability of preventing, slowing or reversing Alzheimer’s disease through venture-based philanthropy. I’ve worked with them since 2008.

This will be a personal milestone for me as well. On February 10, 2017, while training for the 8000-meter peak Dhaulagiri, I was on a simple 11,000-foot peak here in Colorado when a wind gust cartwheeled me into a scree field breaking my right tibia and fibula in three places. A full year went by before I started to feel like myself. However, I was nowhere near where I was or where I wanted to be. Over the past 18 months, I have had some serious questions to answer about my physical future and it required digging deep into who I thought I was.

I will join with Kami Sherpa to climb the relatively simple peak Island Peak aka Imja Tse at 20,305-feet/6,189-meters. It is located just over the ridge from Everest and Lhotse and you reach it by trekking through the Khumbu. As you may remember Kami and I have summited Everest (2011) and K2 (2014) and had two attempts on Lhotse (2015/2016) that were stopped by the earthquake and me getting sick.

As usual, I will be live blogging throughout the trek and climb.

Also, I’m very excited to announce that through the Cure Alzheimer’s Fund Jim and Carol Beers will match every donation from my followers during this expedition up to $10,000, and perhaps even more.

I’ve worked with the CAF since 2008 finding their research model both effective and efficient. All of their overhead is underwritten by their founders so that 100% of all donations go directly to fund research projects. Since it’s founding, the CAF has funded more than $74,000,000 to 337 research project. Their funded initiatives have been responsible for several key breakthroughs—including a potential treatment selected by the National Institutes of Health (NIH) for its elite “Blueprint” drug discovery program, and the ground-breaking “Alzheimer’s in a Dish” study, which promises to greatly accelerate drug testing and was reported by the New York Times as a “giant step forward”. Charity Navigator scored the CAF with 100 percent regarding its overall financial health.

Form or Join a Team!

You can make a donation at our Crowd Rise fundraising site and also form a team to see who can help us reach the goal of $20,000 (I would love to see $25k!)

Anytime there is a major trauma in your life, including watching a loved one go through a horrible disease, it requires time and support to cope and recover but most importantly it requires maintaining a positive attitude. For me, with my injury, this meant being patient, open and vulnerable. I surrounded myself with positive people from whom I could learn, depend upon for support and open myself up with admissions of my fears. 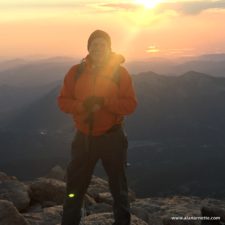 Alan on the summit of Longs Peak on his 60th birthday

I found professionals that could help me with the physical recovery. In addition to my orthopedic Doc, Riley Hale, who put my leg back together, my physical therapist, Nina Patterson took theory into reality with a deep understanding of sports injuries and how the body responds. Simply put, I wouldn’t even be thinking about climbing again without these two professionals.

It also required that I be honest with myself. This is very complex. While I have framed my incident as something that happened and I could choose how I responded, I was also honest that it was not something in my “plan.” I strove to not position myself as a victim or a martyr AND at times I simply gave into the feelings of despair. I gave myself permission to go into that pity party, let my emotions flow freely AND to pull out after I had had enough.

For my 62nd birthday, I was planning a climb of Longs Peak, my favorite Colorado 14,000-foot peak. As I was falling asleep a few nights before the climb, I suddenly woke up saying out loud “I don’t want to be in the rocks. I don’t want to be in the rocks.” Diane, my wife lying by my side, gently talked me through the experience and soon I fell asleep in her loving arms. The 2018 climb on Longs was another step in progress. Surrounded by dear friends, we were stopped by rain and snow – in late July. But it was a “non-summit” and not a failure as we all learned and grew through the experience. Not to give up, I summited Longs today 18 September 2018 for the 43rd time.

The summer of 2018, I have been focused on regaining my fitness through losing the weight I gained through almost a year of inactivity and doing active triggering of the deep memories in my essence of the sport I love. I set a goal of climbing back to back 14ers in July – something I have wanted to do for years. Over a five day period, I summited 4 of 5 14ers coving over 50 miles and 21,000 feet in vertical gain. It felt good. 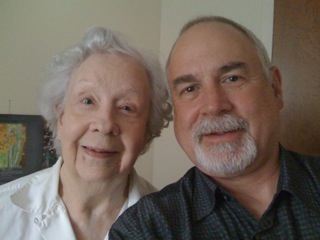 In August, on the 9th anniversary of the death of Ida Arnette from Alzheimer’s Disease I hiked to the summit of Mt. Ida in Rocky Mountain National Park. The 12,840-foot peak was not difficult but a year earlier it took me 10 hours. This year I cut that time in half.

Yes, I felt the progress and now could measure it. However, the real victory was connecting with my mom, Ida, who died in 2009 from Alzheimer’s Disease. As I said, in 2017 her memory pulled me to the summit of Mt. Ida as I experienced severe feedback (I don’t use the word ‘pain’) and some serious confidence issues. This year she lifted me to the summit with memories of her life and how she handled her Alzheimer’s with grace, dignity, and humor.

This is a video I made a few years of climbing Mt. Ida, now an annual event for me to honor her life.

Another reason I’m returning to Nepal is to help, as much as I am capable of, the wonderful people of this country. I am serving as an ambassador for two non-profits: The Himalayan Stove Project (HSP) and helping to scout out the potential for a dental clinic in the Khumbu.

I’m eager to see how Kami is using his clean cookstove from the HSP as well as the widow of Lama Geshe. The HSP has impacted over 40,000 people in Nepal since 2010 by providing about 4,000 stoves. You can support their mission through a donation. It only costs $150 to build and deliver each stove. If you are not familiar with the problem, many homes throughout rural Nepal are not adequately ventilated for the wood fires used for cooking. Alternative cooking technologies like solar or fuel are not practical or feasible thus many families depend on wood.  The clean cookstove reduces the smoke by 90% by burning the wood more efficiently.

Some of you have read this before, that I need Five Factors to come onto alignment before I go a big climb:

You can help in several ways

In addition to climbing, I will also be making a donation.

Donate Now (any amount will help) 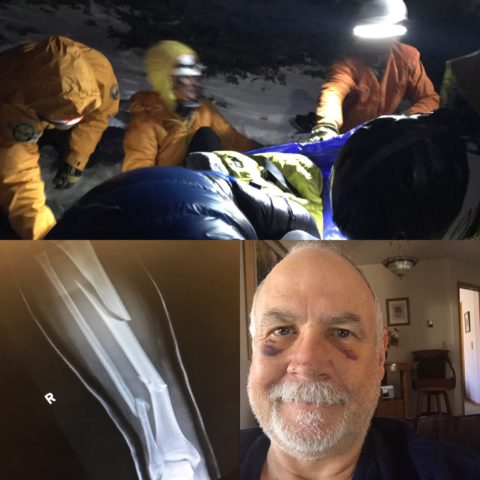 On February 10, 2017, while training for the 8000-meter peak, Dhaulagiri, a sudden wind gust estimated near 100 mph swept me off my feet and into a talus field on the simple walk up mountain, Twin Sisters Peak, 11,4327′, in Rocky Mountain National Park near Estes Park, Colorado.

I described the entire incident in my post: Broken Leg: I don’t want to be in the Rocks.

The tibia had an angular fracture and the fibula was also broken.  My left leg had a puncture wound. My nasal cavity was broken as well. The injuries required two operations under full anesthesia and a five day stay in the hospital.

Jim cared for me for over four hours as I lie in the rocks and it took another five hours for SARs to evacuate me off the mountain.

16 Responses to “Back to Nepal for Alzheimer’s”