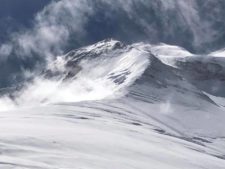 Looking to summit all 14 of the 8,000-meter peaks, Carlos Soria Fontán has only Dhaulagiri and Shishapangma remaining, but Dhaul is proving to be difficult. The 80-year-old Spanish climber ended his 10th attempt overnight as high winds pummelled the summit and their Camp 3 location at 7,250-meters/23,790-feet. The summit is 8,167-meters/26,794-feet. With a poor weather forecast, it appears this season is over.

Outfitter Expedition Base provided these details:

Dhaulagiri Expedition update: news in not long ago. All climbers (unconfirmed) from all teams have called it at Camp 3 and are descending to base camp. The high winds were unrelenting for more than a month, today was no exception, and they even picked up some more, above the weather forecast for kmph. Grand effort by all climbers and for those especially who stayed for the duration from early September in hopes of a reasonable window. High winds combined with deep snow, buried ropes and snow flurries is ‘threading the needle’ nail biting stuff. Commending all climbers for their efforts and sound decision making. Safe descent all. Time for a well earned rest. Namaste!

With the Dhaulagiri climbers returning to base camp it appears the autumn season is mostly over for the 8,000-meter peaks. Still lots of activity on the 6,000-meter hills like Cholatse and Ama Dablam plus the trekking peaks of Island, Mera and the rest. It will take some time before there are firm numbers on how many summits occurred but there are my best estimates for the peaks attempted and a recap for each peak. 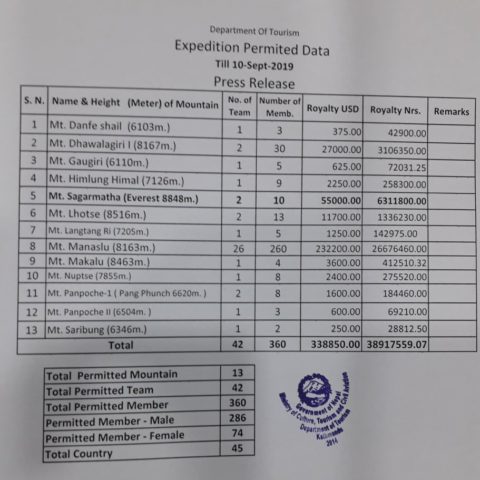 There is usually one reason for few autumn summits on the world’s highest peak – the weather! But this year it was not only a late monsoon that brought wind and snow to the Nepal side of Everest but also a piece of the huge serac that looms over the Khumbu Icefall threatened to fall at any moment. This objective danger caused team after team and climber after climber to make the judgment call that it was simply too dangerous to make an attempt. Thus a few made one rotation into the Western Cwm but most never got higher than mid-Icefall. 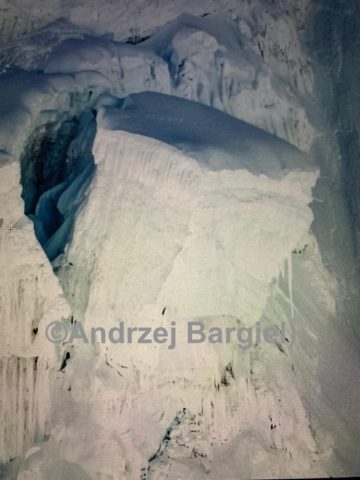 Madison Mountaineering (see Garrett’s recap) had the highest-profile team with the CEO of Mountain Hardware there plus Kilian Jornet on his permit. Polish skier Andrezj Bargiel, who wanted to ski nonstop from the summit to base camp, never got a chance.

It will be interesting to see how guides treat climbing under this searc of it hasn’t fallen by next April. If it hasn’t fallen then I can’t imagine the season moving forward. However, with winter then early spring still to come along with very cold then warmer days, I can’t imagine it “hanging” up there. But this illustrates why climbing from the north side is becoming more and more attractive.

I’ve had many questions and suggestions as to why the serac is not blown up like is done to remove objective dangers and avalanche danger on ski resorts. Well, first off it is in Nepal’s Sagamartha National Park and a World Heritage site so “destroying” the environment is strictly forbidden. Then there is the matter of scale, size, and debris field – it would be massive, perhaps more so than when it simply falls naturally thus creating even more impact on the area below. Also, not sure exactly how one would do this. By helicopter or cannon or experts climbing up and placing dynamite? In any case, it would be a logistical challenge, to say the least. But I think the overriding reason is this is a natural occurrence on a mountainside. Climbing is optional and if no one ever climbed Everest by this route again, well the Sherpas and guides and some with dreams would be financially and ego damaged but the world would still go around.

Jornet (see his recap) reported he reached 8,300-meters on a solo attempt following variant of the polish 80’s route. It leaves Camp 2 and trends almost straight up to the summit, bypassing the South Col. ‘F’ in the map below. 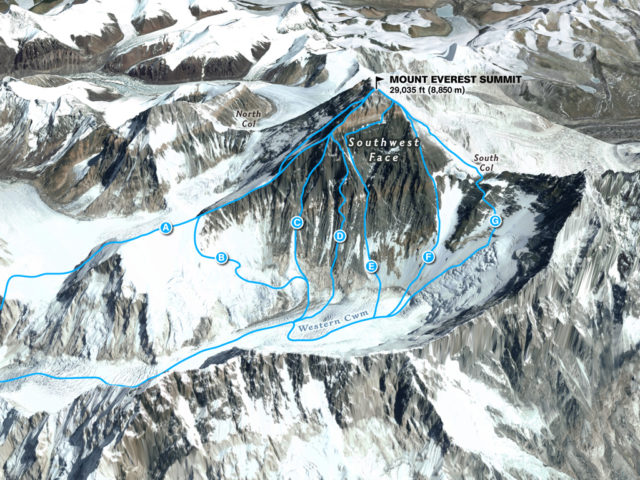 An 11 member Polish team had targeted the world’s fourth-highest peak but never made an attempt due to the serac danger. The normal route on Lhotse shares Everest’s Southeast Ridge route through the Khumbu Icefall.

Probably around 50 summits from the Tibet side of the world’s sixth-highest peak. Teams that summited included Alpenglow (6), IMG (8), and Seven Summits Treks (2). This season was complicated when the Chinese said every foreigner had to be out of Tibet no later than October 1. They were fearing protests around China’s National Day which commemorates the founding of the People’s Republic of China in 1949. 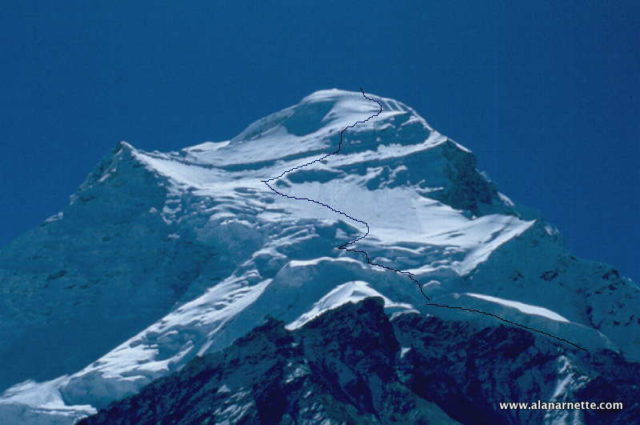 By far the most popular autumn peak this year and often used as a precursor for Everest the next spring, Manaslu had well over 300, perhaps as many as 400 summits this season. The giant Nepali operator, Seven Summits Treks had the most with probably over 150 summits, including support. Other guides with summits included Kobler & Partners (13), Adventure Consultants (10), Summit Climb (6), 7 Summits Club (15), Furtenbach (4) and a team with Arnold Coster. Other teams that probably summited included Pioneer Adventures, Satori Adventures, Shangri-La Nepal and Dream Himalaya Adventures. A Russian team arrived after everyone else had left the mountain assuming there would be ropes and ladders still on the route, but they were mistaken and returned home. 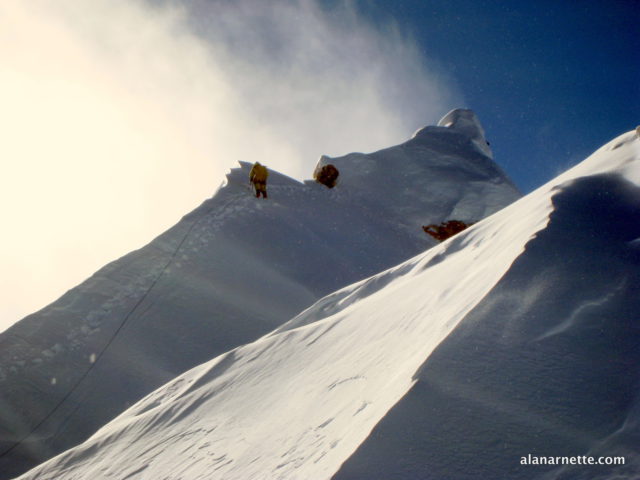 Sergi Mingote summited in tough conditions but, as previously mentioned most of the others were stopped by high winds. Sanu Sherpa from Makalu, Sankhuwasava, Nepal summited to become the 42nd person and 3rd Nepalese to complete all 14 Peak over 8000 meters.  Bulgarian Atanas Skatov also summited. There were 30 permits issued. 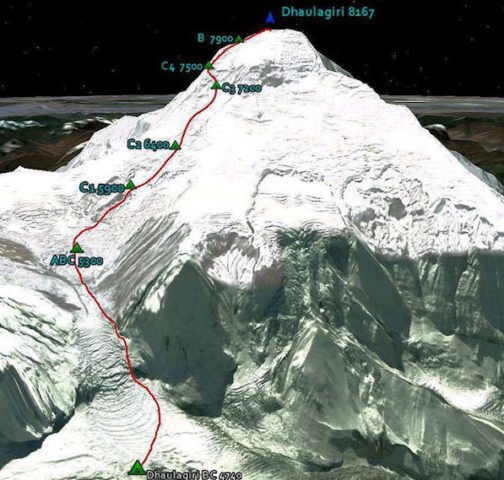 China officially closed Shish citing “dangerous” conditions but the real reason may have been around avoiding protests during their celebration period.  Nims is still waiting for the official climbing permit before he leaves for Shishapangma. The Chinese embassy has been closed during their week of celebrations. His Project Possible is to summit all 14 of the 8000ers in seven months. Now he has 13 in a mere 157 days: Annapurna (April 23), Dhaulagiri, Kangchenjunga, Makalu, Everest, Lhotse, Nanga Parbat, Gasherbrum I, Gasherbrum II, K2, Broad Peak and Cho Oyu and, Manaslu (Sept 27). He needs to complete Shish by November 23 to meet his goal of seven months. 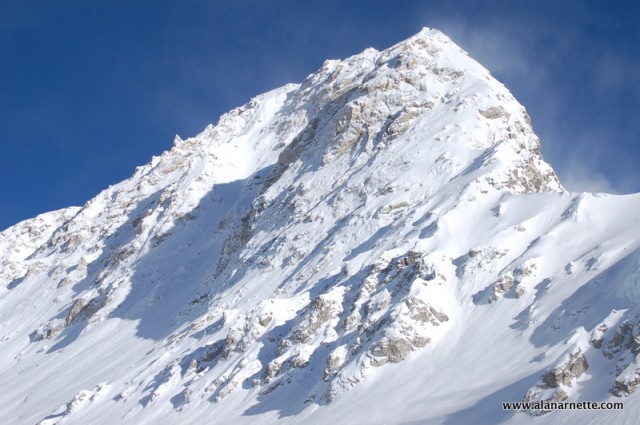 With the autumn 8000-meter season winding down, eyes will turn to other peaks around the world including Vinson in Antartica and Aconcagua both picking up steam in December. Meanwhile, climbers are on Kilimanjaro, and a few in Ecuador, Bolivia, Peru now. It’s now confirmed that unrest in Papua has made almost every team cancel their plan to climb Carstensz Pyramid. 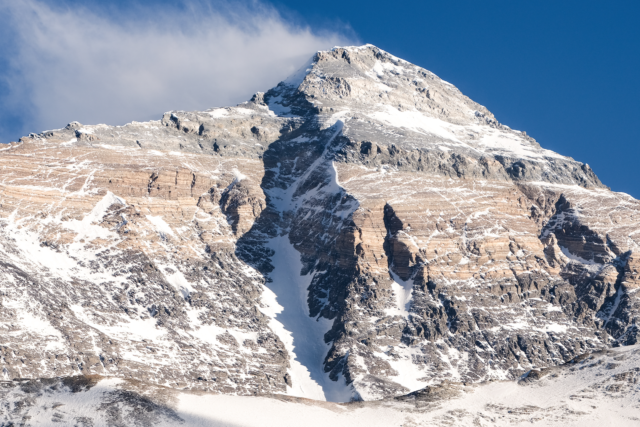 Great couloir (left) und Hornbein couloir (right) in the north face of Everest in May 2019. Courtesy of Lukas Furtenbach

Urubko keeps the debate alive on the definition of winter. He rejects the December 22 to March 22 period but rather uses December 1 to the end of February. The first winter summit of Broad Peak was on March 5, 2013, by a strong Polish team thus Urubko feels he will achieve the first true winter ascent if he makes it this year before the end of February … of course this applies to K2 as well! It’s being reported that Canadian Don Bowie will join him. 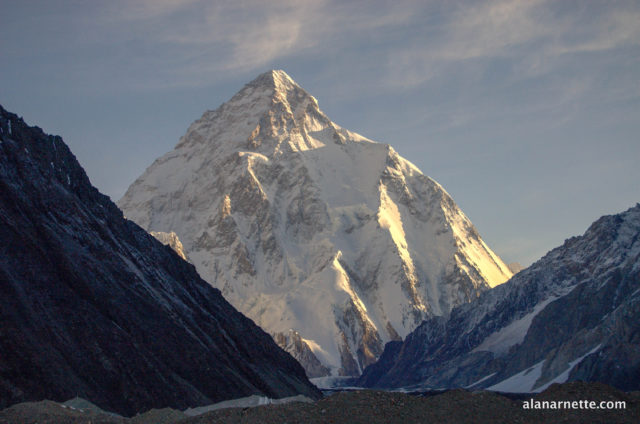 K2 from Concordia 2014 by Alan Arnette

Congratulations to all this autumn and best of luck for those still climbing and the winter teams.