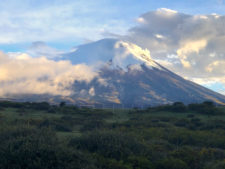 The COVID-19 aka Coronavirus continues to spread across the globe with close to 200,000 confirmed cases, almost 8,000 deaths and, over 80,000 cases of recovery. So a question that feels a bit academic and perhaps even insensitive is where to go climbing? That said, planning a big climb has a lead time of months, not weeks, thus now is the time to be planning climbs for the second half of 2020 or even into 2021.

Before I go on, my sincere sympathies to the families of all those who have died or suffered from the virus and deep appreciation to the health care community for trying to take care of the rest of us. Also, thanks to everyone for following best practices.

As this outbreak map from Johns Hopkins Coronavirus Map date March 17, 2020 shows, it is present on every continent except Antarctica and in 153 countries. Where cases are not being reported are in countries with corrupt governments perhaps hiding the real numbers for different reasons, notorious weak health care systems or with a low population, like Greenland. Click on the map to see the latest update. 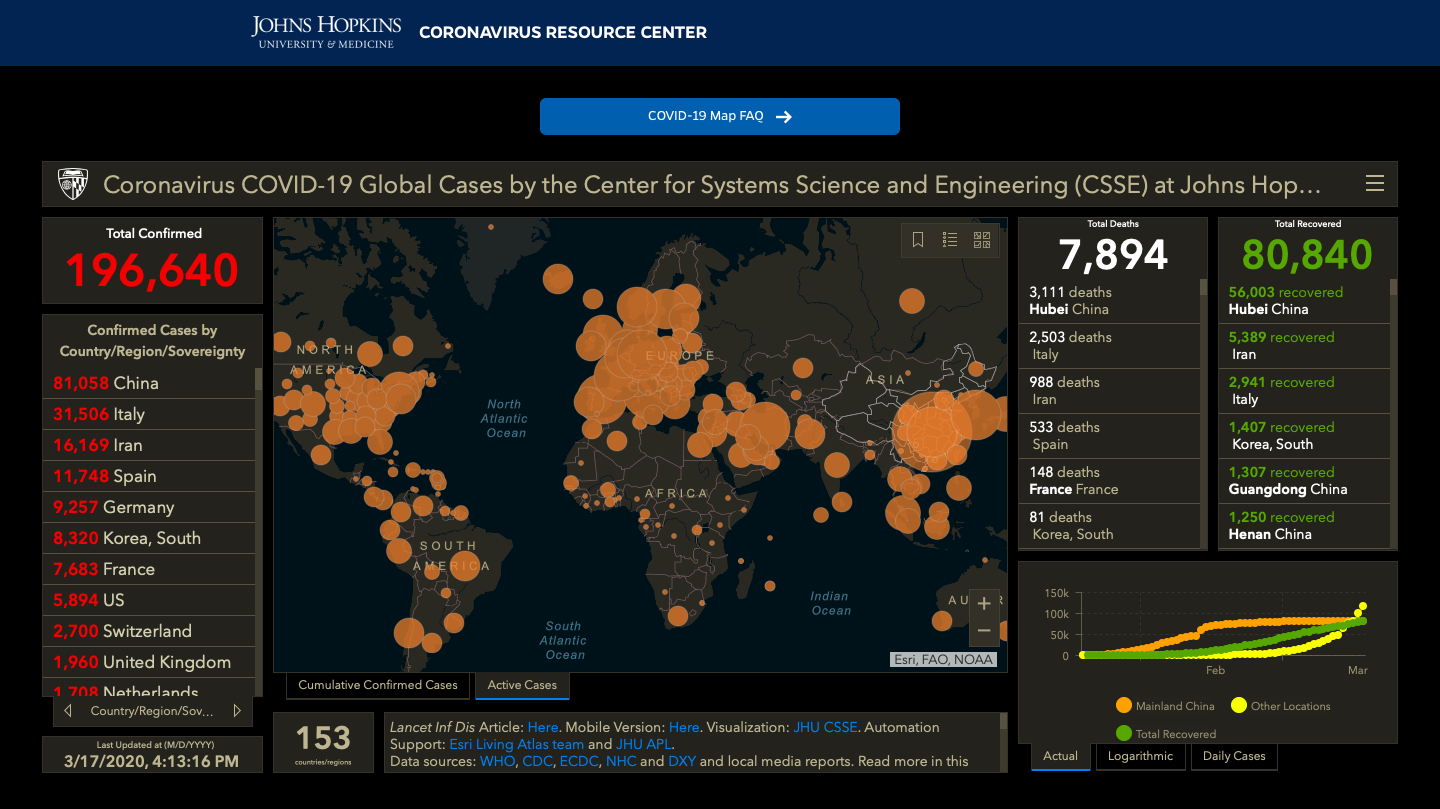 I think it is safe to rule out climbing anywhere for the next several months. The Chinese experience and timeline showed two to three months from start to a slow-down in new cases. That suggests those countries who have not seen an increase are either not testing or are limited in scope, like in the US, or are only at the beginning of the spread.

With borders closed across Europe, we can rule out the Alps, Pyrenees and even in Norway. Of course, China closed all climbing in Tibet including Everest, Cho Oyu, and Shishampangma for foreigners, but not Chinese nationals. Nepal followed their lead and shut down all climbing and trekking on their peaks, including their side of Everest for everyone – at the moment. I would not be surprised to see some Sherpas climb from the Nepal side this year.

Looking at South America, the virus is showing up in Peru, Ecuador, Argentina, and Bolivia ruling out Aconcagua, and all excellent volcano climbing in Peru. Same for Mexico. North America has very localized hot spots in places like New York City, not known for climbing. Colorado has one of the highest infection rates in the US. Around Seattle, there have been deaths thus Rainier would not be a good place for the moment. Candada is similar to the US.

The US National Park Service issued a statement allowing for 2020 permit fee refunds to those climbers from countries banned from entering the US and said at this time, they On March 20, 2020, the NPS announced that Denali would be closed for 2020 summer climbing.

So, where does that leave us? In my view consider peaks close to where you live or waiting until Autumn, assuming the virus stops spreading and gets under control. The primary issue with extensive travel to climb a peak is not climbers getting sick, even though that was the main concern on Everest, but rather being a carrier as they travel the world. Also, getting injured and requiring Search and Rescue assets or hospitalization takes precious resources away from those in need.

Taking the best-case scenario, climbing could resume on the most popular peaks in June or July. These are a few ideas for the summer:

If we must wait for Autumn, then these peaks stand out:

And if moving into November and December, look to the Southern Hemisphere:

So there you have my opinion. Of course, everything can change in a blink and this could last much longer than anyone expects. So let’s hang tough, read a few good climbing books, watch some good climbing flicks and get outdoors to train – even a five-mile hike with a heavy pack in the neighborhood is better than sitting at home or going to the gym.

One Response to “Climbers wait out the Virus – Denali now Closed”