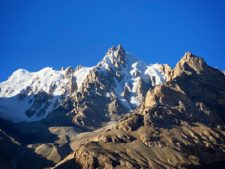 With local Kathmandu newspapers leading with headlines about record daily deaths and cases of COVID-19 Nepal’s Ministry of Culture, Tourism, and Civil Aviation (MoCTCA) had a cabinet meeting on Sunday and approved a team of 15 climbers from the Bahrain military along with three from the UK for two mountaineering expeditions. Meanwhile, in Pakistan, several small teams have had success this summer.

The entourage is driven by the Bahrain Prince. All members will undergo tests and be in quarantine for seven days in Kathmandu before leaving for the climbs by helicopter. They will acclimatize on Lobuche before heading to Manaslu. They are planning to attempt Everest in the Spring of 2021.  The Bahrainis will arrive on a charter flight on September 15.

The 18-member Bahrain military expedition from the Royal Guard will be led by Sheikh Nasser Bin Hamad Al Khalifa, a member of the Bahraini royal family, commander of Bahrain’s Royal Guard president of the Bahrain Olympic Committee, and the head of the government’s Supreme Council for Youth and Sports.

There are 30 expeditions waiting for approval, so this is an exception. The government is still not allowing tourists into the country. Perhaps the permit fee was higher than normal? News reports cite Bahrain’s Sheikh Nasser plan to donate ‘food supplies including rice’ to the Sherpas and their families who are out of work this year due to the pandemic. The largest and well connected Seven Summits Treks will be providing Sherpa and logistics support.

According to recent news reports, charter and regular passenger flights are scheduled to resume on September 1, but only Nepalis and representatives of diplomatic missions, the United Nations, and development partners will be allowed to fly into Nepal. The government will still restrict foreign tourists until further notice. The daily arrivals, too, have been capped increased to 800 individuals.

As of today, August 31, 2020, Nepal has 39,460 confirmed cases and 228 deaths. 899 new infections in the past 24 hours. There are over 5,000 active cases of the virus just in the Kathmandu valley. Reports say there are no critical care beds available or dedicated quarantine facilities for the sick.

Nepal and Bahrain have a close relationship with over 40,000 Nepalis working in Gulf State. Charter flights have resumed between the two countries but had been limited to repatriating Nepalis working abroad.

Most international guides have written-off Pakistan for 2020 but a few smaller groups are there.

German owner/operator of SummitClimb.de, Felix Berg, joining forces with Pakastaini alpinist, Mirza Ali Baig, completed the first ascent of a 5,770m in Shimshal on August 20, 2020. They had three german clients with them.  The team went on to summit another unclimbed and unnamed peak, this one at 6,105m. He posted on Facebook:

On 22/Aug 2020 we climbed this previously unnamed and unclimbed peak in Shimshal, Karakoram. We gave it the name „Ku (mountain) e (of) Dhg‘hd (daughter)“ in Wahir, the local language 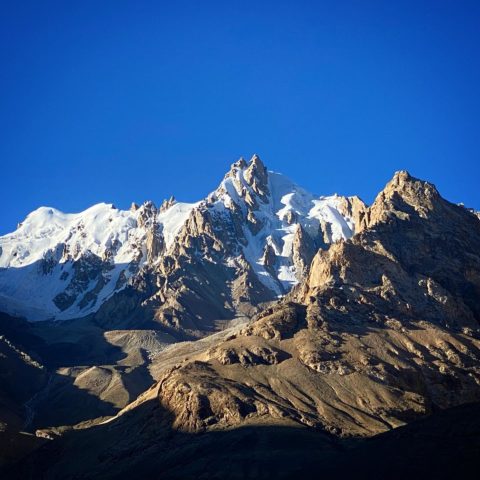 Another team, this one from the Czech Republic is targeting the 7,543m peak, Muchu Chhish in Batura Muztagh. The members include Jiri Janak, Pavel Bem, and Pavel Korinek. They have established their Camp 2 at 5,700m.