Home » Alzheimer's » Looking for Alzheimer’s Signs over the Holidays 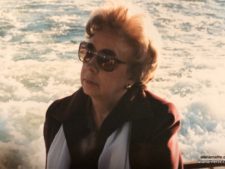 With Christmas just around the corner and other holiday celebrations in full swing, now is the time to raise our awareness of early signs that a loved one may have Alzheimer’s or some other form of dementia.

I have shared this before but in the department of “could of, would of, should of” it is a constant reminder of my own “what if” story.

In 2001 we returned to Memphis to visit my parents over Christmas, something I had regularly done since leaving Memphis to start my career over three decades earlier.

One of our annual traditions was going to the Christmas buffet at the famous Peabody Hotel in downtown Memphis. It was always special. We said hello to the ducks in the lobby fountain, enjoyed the huge, beautifully decorated Christmas tree and made our way up to the top floor ball room to enjoy the buffet.

It was grandiose as usual. Smart white table clothes covered round tables that surrounded the dance floor. There, the tables were filled with an endless selection of Eggs Benedict, smoked salmon, Belgian waffles, applewood smoked bacon, and prime rib. The service was impeccable. Ah, it was good to be home! 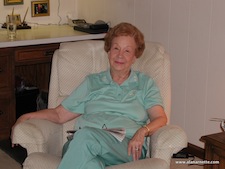 We each got up, taking plate in hand, and started our search for our favorite dish. The following moment is locked in my memory forever.

I noticed my mom walking around aimlessly. She was lost, not knowing where she was or who we were. As I went over to her, she seemed startled at my approach. “What do you want to eat?” I asked her gently. “Oh, you know, the usual.” was her noncommittal answer.

We had noticed earlier that morning that my mom was not changing clothes, putting on makeup or fixing her hair. Highly unusual given the importance she placed on how she looked in public. We asked if she was going to change clothes and she dismissed it quickly saying she looked fine. We helped her select a nice outfit.

During the half hour drive to the hotel, she asked four times where we were going. We exchanged worried glances as the signs were there.

Over Christmas and the following days it was clear my mom’s condition had worsened.

She had developed an odd pattern of repeating questions over the past several years when we spoke to her on the phone every Sunday. She told me the same story about her friends several times during the same conversation.

She had lost interest in some of her favorite things, she seemed to have become more withdrawn, very usual for this social bee. She had trouble sleeping throughout the night. She no longer did her crossword puzzles.

I spoke with neighbors who said they were worried about her wandering the street. Her church friends told me of similar experience with her memory loss. Her large clan of brothers, sisters, nieces and nephews in Memphis confirmed my observations.

My mom was not growing old, she was sick.

We talked to my dad privately. He said, yes he thought she had some issues but nothing out of the ordinary given her age. She was only in her mid 70s. My brother and I pushed him hard to get help, see their family doctor. I remember being on my knees, holding my dad’s 80 year-old hands as he sat in his favorite chair begging him to take action. He promised he would. Asking for help was difficult for this proud, independent man.

Fueling the concern was that two of my mom’s sisters were already diagnosed with Alzheimer’s.

In hindsight my mom had gone through the early and mid stages of dementia, probably Alzheimer’s, for as many as 10 years without us understanding what was really happening.

Alzheimer’s disease had sneaked up on us.

The next few years saw her condition decline, we did what we could. Her doctor confirmed, as he could, she had Alzheimer’s.  My dad tried to keep her on Aricept but let the prescription lapse over and over.  I don’t blame him, but now understand we could have done more.

We represented the typical family today, spread across the country; established in cities with jobs, houses, families of our own. No luxury of snapping a finger to make things different. Maybe I should have.

So as you make the pilgrimage across the country or town to see your aging relatives this Christmas, stay alert for any signs that something is amiss. If there is, take action, help. Learn the 10 warning signs. 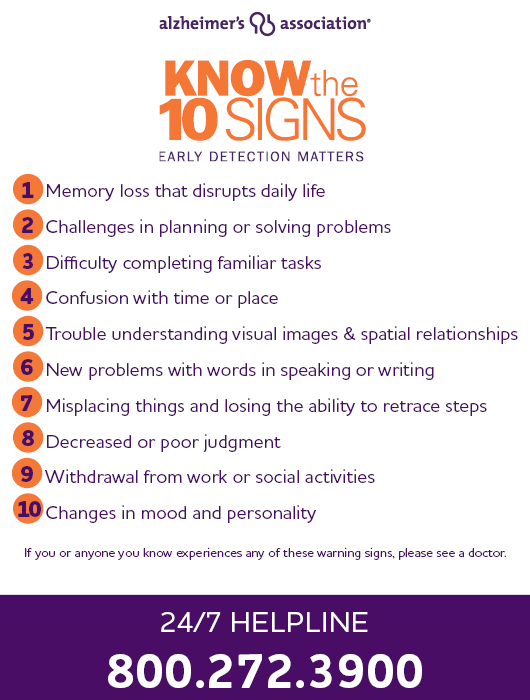 If you are looking make a difference in the world of Alzheimer, make a donation to a non-proift for research, awareness, education, public policy or caregiver support. Make a donation.

If you are visiting someone with dementia this holiday, just treat them like you would anyone – that’s what they want. They didn’t ask for this condition but deep inside they are the same person they have always been. Learn holiday practices.

Finally, as you sit around a fireplace, the table or a tree, pull out your phone, sit it on the table or a knee and video the conversation. It doesn’t matter what you are talking about but get them on video. Ask them how they met their spouse, or their first memory swimming or first kiss – you will cherish those videos for the rest of your life. I know I do of Ida.

The holiday are a special time, an opportunity to reflect, renew and enjoy. I wish the very for each of you.

One Response to “Looking for Alzheimer’s Signs over the Holidays”