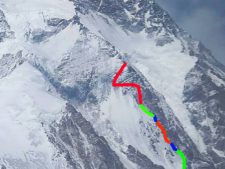 As expected the K2 team is making excellent progress while the Everest gang is about to re-engage climbing Everest. The climbers on the other winter 8000er, Nanga Parbat, have been staged high on the mountain waiting for calm winds. See this post for full background on the K2 and Everest expeditions and the history of winter attempts on the highest two mountains on Earth.

There are two styles often discussed when climbing the worlds highest peaks: alpine and siege. With alpine style, climbers make one push from their base camp to the summit, carrying all their gear with them and making camps as needed. This is often impossible on 8000-meter peaks due to the need for acclimatization but has occurred when climbers acclimatize on other peaks.

With siege or expedition style, teams will establish and stock several intermediate camps roughly 1000-meters or 3,000 feet apart. This takes more time but is generally safer and provides an opportunity to rest or wait out bad weather. Both Everest and K2 teams are climbing in siege style without supplemental oxygen. Alex Txikon is doing almost a hybrid given he summited a 7,000-meter peak last weekend.

The Polish team has had some illness in their camp that is slowing some of the team. Due to what was called a “minor health problem”, one team member, Dariusz Zaluski was flown to a hospital in Skardu for treatment but plans on returning.  Meanwhile, other members are taking advantage of good weather – tolerable winds – to acclimatize and continue fixing the Česen Route aka Basque Route with ropes. They have established two camps: C1 at 5,900-meters and C2 at 6,300 to 6,400-meters and are rotating members between camps. 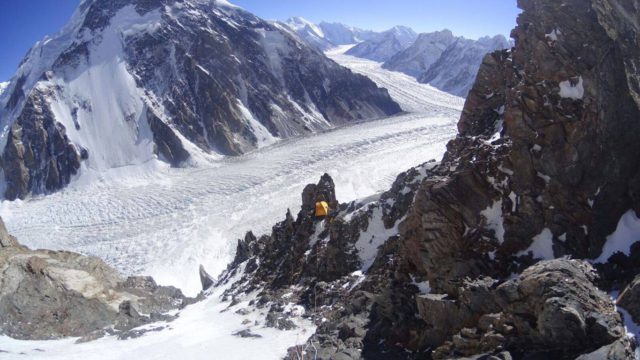 There is only one tent at C1 and two tent at C2 according to outstanding pictures posted by Denis Uruboko. He reported very high winds when he was at C1 and C2. Denis Uruboko, Marcin Kaczkan, Marek Chmielarski and Adam Bielecki have either spent the night in C2 or are currently there. Rafał Fronia and Piotrek Tomala are currently at C1. 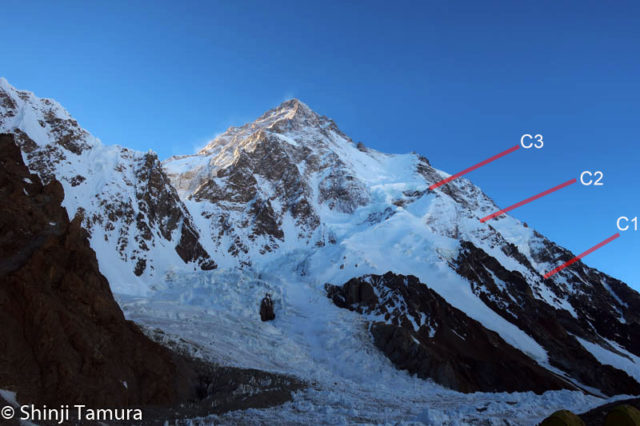 Photo by Shinji Tamura from the 2017 summer Himex expedition via the Česen Route.

Alex Txikon and the team are completing a rest cycle after their rare and successful summit of Pumori Peak at 23,419’/7138-meters – equivalent to Camp 3 on the Lhotse Face. They are leaving Base Camp tomorrow for another climb, perhaps as high as Camp 4 at 8,000-meters or the South Col. Most climbers who do not use supplemental oxygen try to climb and preferably spend one night, at 8K to ensure their acclimatization. Txikon had previously said he expected to attempt the summit in the third week of February, about a month away. This gives them plenty of time to deal with weather delays, illness or unexpected conditions. They need to summit no later than the spring equinox on March 20, 2018, at 18:00 NPT to meet a winter summit definition.

Prior to their summit, there have only been 17 winter summits on Pumori. Tixkon posted on facebook:

Tomek Mackiewicz and Elisabeth Revol over on Nanga Parbat have posted that they were at C3 in 60mph/100 kmh winds. Today, Wednesday 24 January, they planned to move to  C4  and go for the summit on 25 January. This is the seventh attempt for the 42 year-old Polish climber, Mackiewicz.

There are a couple of other climbs this winter:

One Response to “K2 Winter Update and News from Everest”