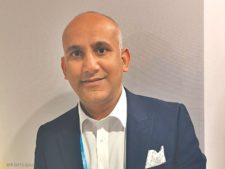 I’ve been an avid fan of HBO Real Sports for years, but when it comes to Everest, they seem to miss golden opportunities to tell the “Real” story. For Everest Haters, this segment will reenforce their beliefs. For Everest fans, they will immediately sees the holes in the reporting and for everyone else, they will wait for the next story on drugs in the NFL or illegal horse race gambling.

Airing on Tuesday, August 21, 2018, a segment entitled “High Stakes at Mount Everest”, David Scott, a veteran television journalist, who has broken many important stories including the controversy surrounding the 2022 World Cup in Qatar, made the trek to Everest Base Camp to “to hear Sherpas first-hand accounts of the extreme, largely unrecognized dangers they face in their efforts to get climbers up and down the mountain alive – and to recover the remains of those who’ve perished.” He did that but missed the real story in my view.

The 20 minutes piece starts off with the usual mainstream stereotypes calling anyone on Everest a “foreign tourist” and their gear “luggage.” They call the Sherpas an “indigenous tribe” and say their support for the foreigners,“all but literally holding their hand.”

It quickly moves on to the old narrative that no one could climb Everest, according to the one Sherpa interviewed, without Sherpa support ignoring some basic facts. They quote that in the last five years, 32 Sherpas have died failing to note the two extraordinary years – 2014 and 2015, and that of the 293 people who have died on Everest, the mix is 175 westerners and 118 Sherpas. In a very lazy move, they quote a flawed (imho) Outside Magazine article that the “job of the Sherpa, per capita, is the most dangerous on earth.”

Ang Tshering Sherpa then goes on camera to declare there is no other work for the Sherpas than guiding on Everest, conveniently ignoring that trekking brings more tourists to Nepal than climbing and running teahouses is a lucrative, and safe, business.

They quickly move to the 2014 serac release that took the lives of 14 Sherpa in the Icefall showing blood stained snow and desperate efforts to save them.

Cue Norbu Tenzing Norgay, the son of Tenzing Norgay who, in 1953 with Sir Edmund Hillary was first to climb Mt. Everest. He has made a name for himself decrying the plight of the Sherpa while living in the U.S. serving as vice president of the San Francisco-based American Himalayan Foundation. He calmly describes the Sherpas conundrum, “… people are being taken advantage of.”

Sadly, they exploit a widow showing her sobbing at the loss of her husband – no mention of the Juniper Fund or other organizations that provide monetary assistance for her. Don’t get me wrong, her loss is tragic and I never want it to happen to anyone, however no one forced to work on Everest.

The next sequence is of the 2015 earthquake induced avalanche onto Everest Base camp, giving the impression that this is common. They never mention the word “earthquake” or the fact the 9,000 Nepalis died in this tragic event. They do show the expletive laced video of one person escaping death. More drama for the masses. They mention the 11 Sherpa deaths but not the 8 foreigners who died. All of a sudden this feel more like Game of Thrones, than true journalism.

The real story now begins half-way through the piece when they finally get to the story of what Norbu Tenzing Norgay calls “Everest Inc.” They bring in Guy Cotter of Adventure Consultants, incorrectly attributed to starting the business instead of his colleagues Rob Hall and Gary Ball in the early 1990’s. Guy gives, accurately, a few sound bites about unqualified climbers.

If there is a solid piece of reporting it’s the segment with Sange Sherpa, whom readers of my blog know well. The short story is he lost his fingers to frostbite after refusing to leave his client, Pakistani Col Abdul Jabbar Bhatti. A brief tangent, I have been keeping up with Sange and he is OK but struggling with the operations – a lot of pain. You can still support him through a fund established by David Snow (not mentioned into HBO piece).

The next segment is about taking dead bodies down from Everest and the danger and cost. I fully agree that this is a profit motive for the operators, and not necessary.

Now, the missed opportunity – an interview with Deepak Raj Joshi, Chief Executive Officer of Nepal Tourism Board. This is when David Scott could have, should have, shown his mettle but he failed miserably.  He asked the usual questions of how many climbers are qualified (50%) and why doesn’t the Nepal Government increase climber’s qualifications, but Mr. Joshi says it will be better and Mr. Scott shrinks away. He failed to even compare Nepal with China who requires an Everest aspirant to have summited an 8000-meter peak.

Come on Real Sports! You should have pressed the Nepali MoT on why they issue meaningless press releases year after year saying how they will make Everest safer. Even the mayor of Chamonix is taking this on for Mont Blanc!  HBO seems to think the mismanagement of Everest has only occurred in the last five years – NOT.  They do acknowledge Everest is a cash cow for Nepal but fail to point out the corrupt government officials like they did in Qatar.  In 2018, the permit fees alone totaled USD$5,172,408 in a country with a per-capita income of $600.

While I applaud Real Sports for pursuing this story, they missed an opportunity. You can see the trailer and on HBO Tuesday, Aug. 21 at a special time 11:00 p.m. ET/PT.