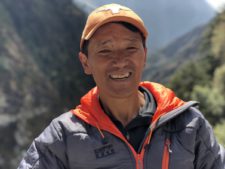 Traveling with Kami Sherpa in the Khumbu is like being with Kevin Bacon except it’s not Six Degrees of Separation it’s more like three!

Seriously, it’s great to spend this time with him. After his serious injury on K2 in 2015, I wondered if he would ever climb again. Seeing him in full stride is inspiring.

Kami doesn’t work for any specific company but is kind of a freelancer. If you are ever interested in hiring him as your “Personal Sherpa” let me know. He often works with the major guide services for specific clients.

He is old school. He caters to his clients’ every need. He sometimes gives too much attention but over the years, I learned this is what makes him tick. We have summited Everest, K2 and had two attempts on Lhotse. This is our fifth time together.

A Better Life for his Children

Kami is around 55 years old (he’s not really sure!) He and his wife Lhapka Dikki have five children.

Their oldest son, Penzo Dorge is an Everest guide working for IMG. Their second son, Chhiring yeshi is a monk at the Tengboche Monstary. Mingma, their third son graduated with an Electrical Engineering degree and works for a Nepal hydro-electric plant near Namche.

Dawa, their oldest daughter is about to be an intern for a large hotel chain in China after getting her degree in Hospitality Management. And youngest daughter, Karma, who turned 17 earlier this month, is studying to be a Doctor.

Kami and Lhapka Dikki have lived in Pangboche forever. Kami’s mother lived with then until she passed last year at age 89.

Kami’s full name is Ang Chhiring Sherpa – Pangboche. You always mention their village since the Sherpa culture used to name their children after the day of the week they were born, but this is changing.

His mother changed his name from Ang Chhiring to Kami Chhiring after he had a serious infant illness. By changing his name, she believed the illness would not return because it would not know how to find him. Today most people call him just Kami.

Kami’s father was an Everest guide, something he speaks of with great pride. Kami had seen many deaths on the mountains, including Everest and relatives, and is pleased most of his children are pursuing other careers.

We have taken possibly the most leisurely acclimatization schedule ever. When we arrive at base camp on Friday, October 19, we will have spent 12 days trekking including three hikes to 17500- feet/5300-meters.

And this is exactly what I wanted, no hard schedule, total flexibility to change routes and a pace that encouraged reflection, relaxation and growing my relationship with Kami and Nepal. 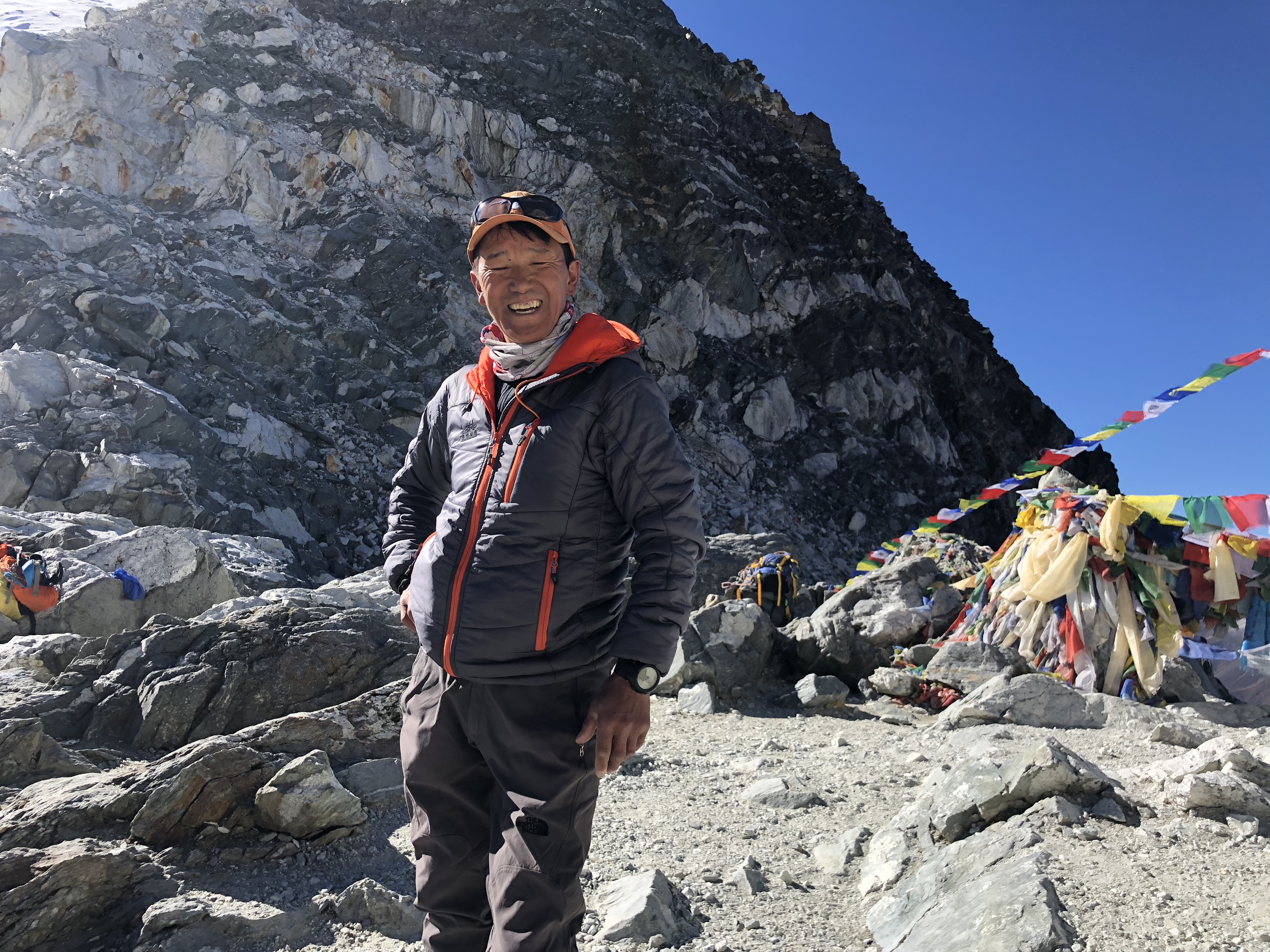 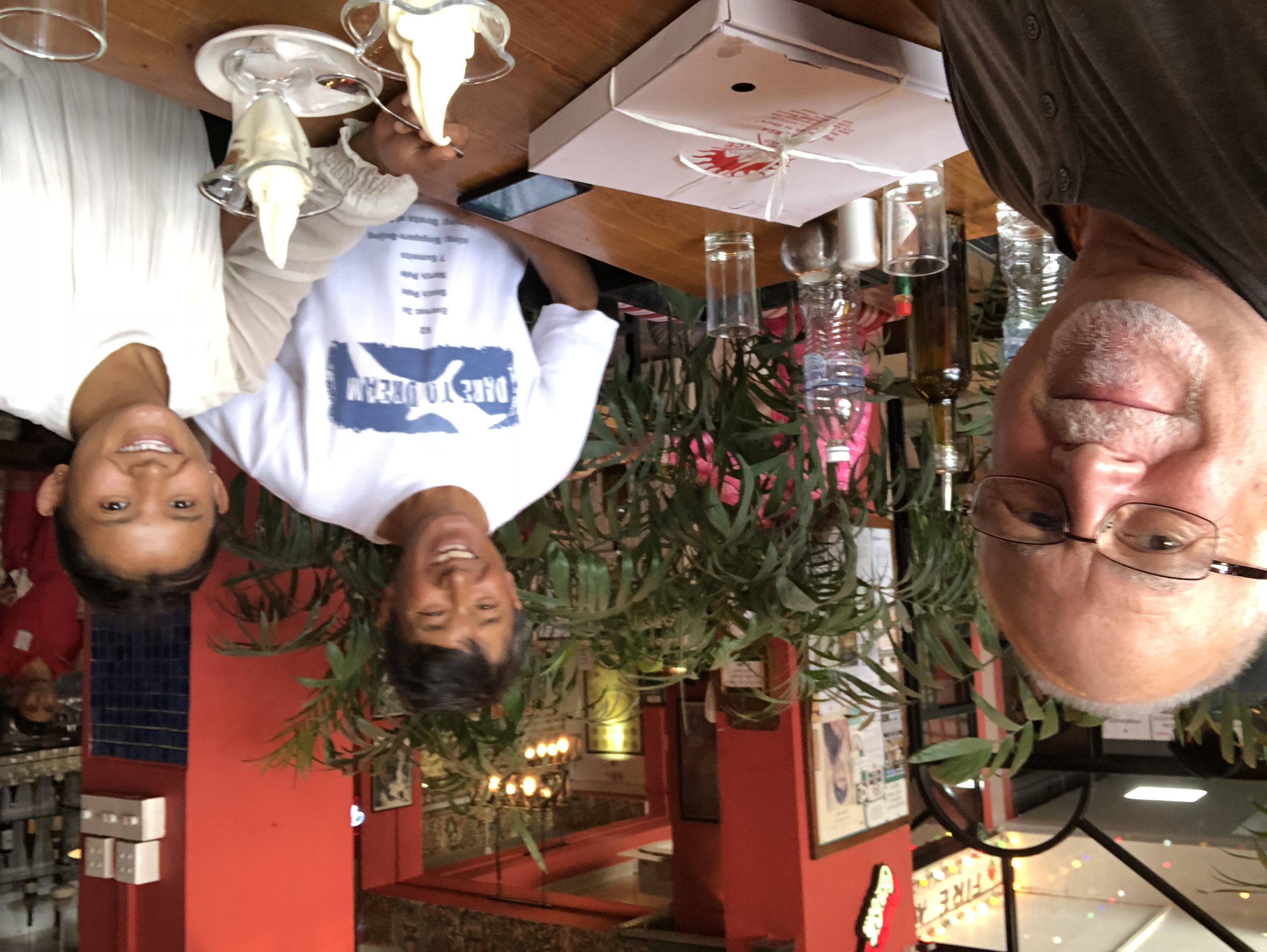 2 Responses to “Island Peak 2018: 3 Degrees of Separation with Kami Sherpa”