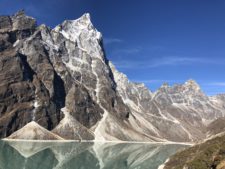 As Kami and I arrived in Dingboche this morning, we were treated with a perfect view of Imja Tse aka Island Peak, only seven miles away.

I stopped in my tracks to study our objective. Even though I have seen this view many times before, my eye had always focused on the 8000er Lhotse looming high above the “lesser” peaks to her east. This time is different.

Our plan is to leave base camp in the single digit hours of early Saturday, October 20. We hope to summit perhaps 5 to 7 hours later, perhaps longer depending on many variables. Our plan is to return for the night to base camp and then down valley the next few days. 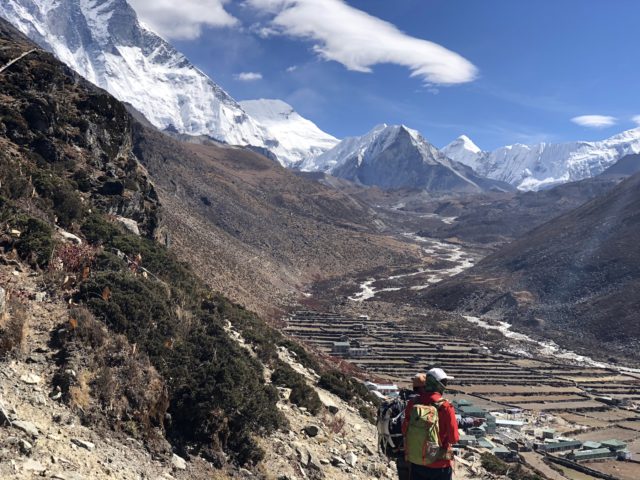 Oh my, what a journey this has been. And I’m not talking about this climb.

Later that same week we were out to lunch and when the bill came, Ida pulled her wallet out of her purse, opened it up, fumbled with the paper bills and finally just shoved everything at me. She had no idea who I was in that moment, only that I was a nice man who had lunch with her and true to form, she was going pay her own way.

My wife, Diane, lost her cousin Ursula to Alzheimer’s. She writes to her family on the Crowdrise site, “Ursula, my cousin – your sister, mother, aunt & friend died from the disease after several years of mental decline, pain and confusion. This was a grievous loss and felt deeply. To honor her memory I am requesting that family & friends join together to contribute through the crowdrise link as “Team Ursula”. This is a meaningful opportunity to reconnect with extended family for a very personal, impactful purpose; Together we honor the past and now together we pay it forward –”

And my step-son Cory has Down Syndrome. Alzheimer’s disease and Down syndrome share a genetic connection, leading to the increased risk of dementia at an earlier age. Understandably, many families and caregivers are especially worried about this possibility. Getting accurate information and education about the risk of Alzheimer’s disease is an important way of empowering oneself to prepare for the future.

Do I have Alzheimer’s?

I’m often asked the question if I have been tested for the gene often associated with Alzheimer’s Disease (AD). After all I’m a perfect candidate. Alzheimer’s disease is in my direct blood line: my mom, Ida and four of her blood sisters have died from the disease. The short answer is no, I have not been tested. I have registered with the Banner Health Institute for joining a potential clinic trail but I’m not in one as of now.

So, Alan, Do you have Alzheimer’s? I don’t know.

With the disclaimer that I’m not a doctor, researcher and that these are my own personal views and understandings of AD, I can share my thoughts on my own personal situation.

At this point, I’ve chosen not to be tested for multiple copies of the ApoE4 gene or do a cognitive test to determine my status or risk. These tests are difficult to interpret. One of the more reliable ways of testing is to do a spinal tap, or a PET scan. However, at age 62, the die is cast given today’s state of Alzheimer’s understanding. In other words, if I have AD, I have it and that is it.

As of today, I’m not symptomatic but that’s not usual. One of the learnings since Ida’s diagnosis in 2006 is that the beta-amyloid plaques and tau protein build-up – both hallmarks of AD –  begin their deadly life decades before a person shows any symptoms. By the time I found Ida lost at a Christmas buffet in 2003, it was too late for her.

The Future of Others

One of the reasons I’m so passionate about finding a cure for Alzheimer’s is not only what I saw Ida and my aunts experience, as well as the millions more across the globe, but that our children deserve a full life into their golden years complete with their live’s memories. Yes, we will all die of something, that is life. And given life spans are increasing, dying from some form of dementia is increasing at an alarming rate. I want my kids and grand kids to experience a full life. Also the toll on caregivers is often underestimated as they become the silent victims of this disease.

With the declaration that I have not been tested, I not trying to gain any emotions one way or the other. I am making conscious choices about my life. At this point, there are many choices I can make with respect to AD.

First, I can live a healthy life. As the saying goes, a healthy heart equals a healthy brain. I exercise, I am active and I pursue my passion of mountain climbing with all that I am. We know the more oxygen that gets to the brain the better, so having a healthy cardio vascular system is one way to accomplish that goal. Huffing and puffing at 20,000-feet guarantees I’m pushing the system to its limits! However, one might argue that I could find a better sport than high-altitude climbing!!

Second, I can control what I eat. Multiple studies have shown the Mediterranean Diet is the best way to keep the brain healthy, not to mention the heart. I’m still trying to get there as a standard part of my diet but I’m determined.

Third, keeping an active brain. Once again blood flow to and within the brain is key to keeping it healthy. Doing crossword puzzles and those apps on smartphones have been debunked as having any material effect on a healthy brain. That said, they can’t hurt. What has been show as effective is social contact, learning something new, challenging your brain often.

Dr. Rudy Tanzi, a professor of neurology at Harvard University, and one of the leading AD researchers uses the acronym SHIELD to suggest ways to minimize AD: Sleep, Handle stress, Interaction, Exercise, Learn new things, Diet. You read more at this link

So, lets go back to why I’m in Nepal trying to stand on top of a 20,000-foot rock! It’s my passion. I feel alive climbing and having these big goals keeps me motivated and engaged in life. However, the day will come when I can’t climb and I will find an equally challenging life passion.

I took early retirement in 2006 to oversee the care of Ida. I had no idea I would never return to a “regular” job. But that is another example of learning and keeping yourself challenged. I reinvented myself into Alan 2.0 and became a public speaker, a coach for aspiring climbers, an amateur climber myself, an Everest chronicler, and of course, my alter-ego, this blog. All of these keep me busy, challenged and learning.

This climb of Island Peak falls right in line with my life at this point.

The Path to a Cure

I use my climbs to raise awareness around AD. Again you regular readers know these facts but a shocking number of people don’t: Alzheimer’s cannot be prevented, it cannot be stopped, it cannot be cured, it’s not a normal part of aging and its 100% fatal. There are no simple cures like avoiding cooking in metal pots or using some herbal remedy daily.

Big Pharma is not an enemy in this battle, they are an ally that along with government funded research from the UK, Australia, US, China, Japan and others are key to solving this mystery. But it takes money.

The reason I chose the Cure Alzheimer’s Fund as the exclusive beneficiary for this climb is simple – they get it. While there are many other extremely worthy organizations making significant contributions to research, caregiving and education, the CAF is the only one who is exclusively focused on basic research with 100% of all donations directed to that research. They have been instrumental for many significant breakthroughs including identifying the genes responsible for Alzheimer’s, and most recently creating “Alzheimer’s in a Dish” which reduces the time to evaluate new drugs from years to months. I’m proud to have been working to raise money for them since 2008.

OK, if you are still with me, I want to close with a simple thank you. Your comments, emails, messages and especially donations give me more energy to summit any mountain – literal or figuratively – than you can imagine.

Personally it’s been a rough 18 months for me after breaking my leg and putting my climbing on hold. But here I am in Nepal, a country I love, pursuing my passion and along with you, hopefully making a difference in the world of Alzheimer’s research.

Long time supporters of the Cure Alzheimer’s Fund, Jim and Carol Beers have made available a$10,000 matching grant thus we are approaching $20,000. I really want to hit $25,000 so please spread the word. Every donation, no matter the size helps.

Also, as a bribe :-), for any donation over $500, I’ll call you once I’m down from Island and when I get home, send you a print of any photo I have posted, signed if you like. If you have already made a $500+ donation, I’ll contact you.

A few pictures from today. Click to scroll through the gallery 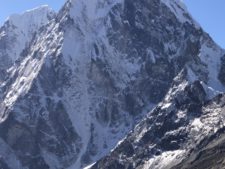 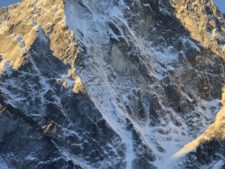 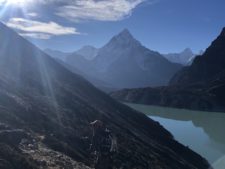 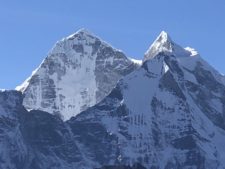 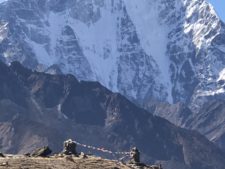 Prayer Flags on a Hillside 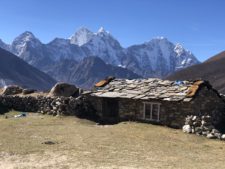 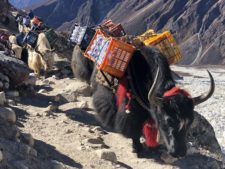 Yaks on the road 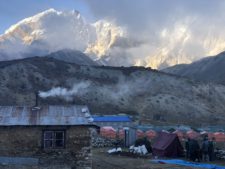 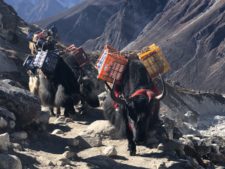 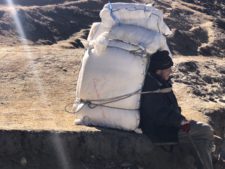 Porter with a load for a teahouse 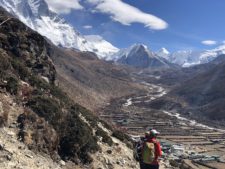 On the way to Dingboche 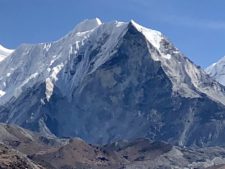 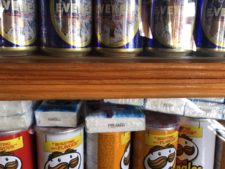 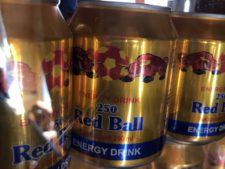 I really don’t think this is a health drink with that name!