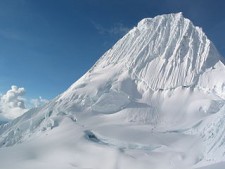 With our Virtual Everest 2020 – Support the Climbing Sherpas having a rest day in base camp, I thought it was time to come back to the real world and see what the climbing community is experiencing and what to expect for the rest of 2020.

China closed all of its mountains to foreigners on March 11, 2020. They made an exception for Chinese and Tibetans who spent 14-days quarantined in Lhasa. There are three groups: 18-person Chinese National Everest summit expedition, Six Tibetans who are fixing the rope to the summit, and a 53-person survey team attempting to take a new measurement of Everest’s elevation.

The rope team is expected to summit on May 12 and the National team soon after that. The Survey team will follow later in May but, depending on the weather, some climbers may join the National team. The news organization, mp.weixin.qq.com, reported on May 9, 2020, that deep snow had stalled the rope fixers as well as the other expeditions.

The survey team has several goals according to this source:

Peak 15 has been measured multiple times:

Scientists estimate Everest increases in elevation between 0.5-inch to 3-inches/1.27-cm – 7.6-cm each year. This growth comes from the Indian continental plate tunneling underneath Asia’s.

Nepal closed all of their climbing and trekking plus other adventure tourism (rafting, safaris, etc.) on March 13, 2020. The entire country is currently under lockdown. In speaking with many operators, both Nepali and foreign, they tell me they don’t believe Nepal will reopen for climbing in 2020. However, a few operators are advertising and accepting deposits for Autumn Manaslu, and Everest climbs. A friend told me his Qatar flight to Katmandu, scheduled for September, was canceled last week.

I surveyed several of the top Pakistan operators who run trips to K2, Broad Peak, the Gasherbrums, and other treks in the Northern Terrorties. They were split on climbing in the traditional July through August peak months. Some said they had no cancellations, and others said it was uncertain. But in speaking with U.S. and European operators, they told me they had already canceled their 8,000-meter climbs. Yesterday, Minga Gala Sherpa of Imagine Nepal told me, he canceled his K2 expedition. Same from Lukas Furtenbach of Furtenbach Adventures.

Nazir Sabir, of Nazir Sabir Expeditions, tells me, “As you may know, most of the tours planned from March till end may were canceled by the overseas operators. There are several expeditions still holding on their applications for this summer. We are pressing the government for a clear policy, but still, they remain quiet on this and understandably so as the corona situation is going bad here as well. Personally, l think it is 50/50 as of today. It all depends on how it behaves around the globe; as a result, a lot depends on travel advisories by nations around the world and airline policies, etc.” Nazir became the first Pakistani to summit Everest. He also summited K2 and three other 8000ers.

However, similar to Nepal, some operators are more optimistic. Asghar Ali Porik, the owner of Jasmine Tours Pakistan, told me when I asked about the status of the summer climbing season and will it be open, that “Yes June very few later it will grow up it also depends on airport opening by Europe. We will delay our summer starts to plan for Pakistan to June 25, and later we are introducing a new departure from July 25, which will good weather conditions in September for summit bids. Later it will connect with Nepalese season.”

There is little official news from these South American countries, but I’m told all four have outbreaks, and it is especially bad in Ecuador. All the nations are on lockdown. All climbing is currently closed.

Many of the U.S. National Parks remain closed, but each State is slowly reopening stores, services, and soon, some parks. The National Park Service, however, closed Denali and Foraker in Alaska for 2020. Mt. Rainier is on a rolling two-week decision widow and is currently closed.

I would assume no major expeditions for 2020 unless there is a significant breakthrough in the areas of testing, antibody testing, and a vaccine. But most experts are saying human clinical trials for a vaccine will not begin until Autumn, and the best-case scenario for a vaccine is 2021.

So use this year to study your mountain, train hard as available and enjoy the time with your family.

One Response to “Real-World Update on Climbing Around the World”