This round of almost 30 K2 climbers are split between Camps 1, 2 and 3 all aiming for a summit attempt on Friday but 7 climbers returned to BC leaving 21 still on the push. Winds are staying under 20 mph. Rockfall is taking it’s toll. Winds are forecasted to return around noon on Saturday.

Here’s the K2 summit schedule for the SST team: (all dates and times K2 time)

Snorri and team plan to take 2 days from BC to C3, then the summit and back to C2. So three days up and one back. Again, incredibly aggressive. They plan to summit on Friday. This is the wind forecast from windy.com (red is bad, green is good):

As this heat map shows, the winds are off K2 proper … for now 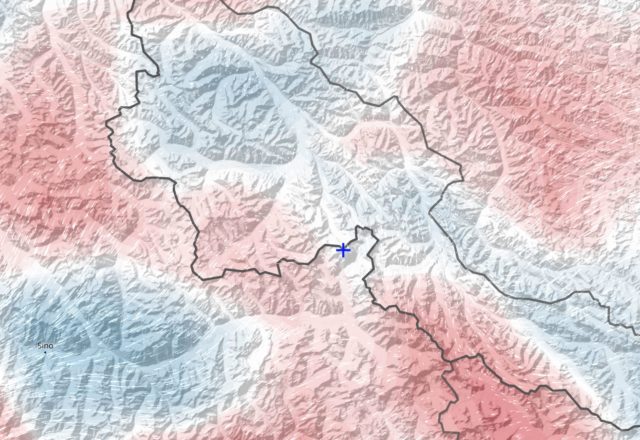 We have solid reports of these people on the summit push, with a few* already turning back day one of the push:

No O’s, No Sherpa Support:

No O’s with Sherpa Support

With Os and Sherpa Support 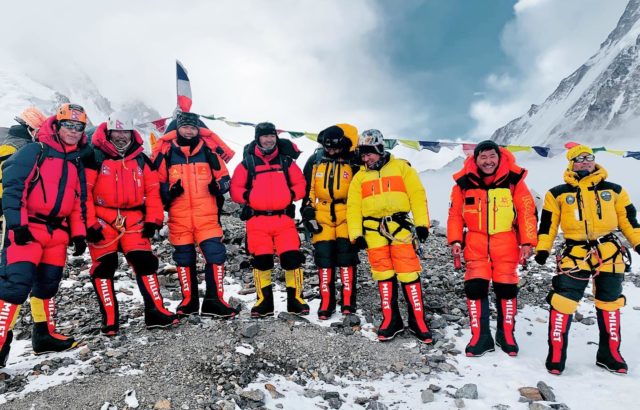 I just spoke to John Snorri, they have arrived to their camp 2, that is located under House of chimney. They where feeling good and have appetite and positive thoughts to the summit push. Tomorrow on the 4th at 08.00 PKT they will climb up the Black Pyramid to regular camp 3 and rest there over the day.
When John Snorri was on his way up today, a rock dropped on his head luckily his helmet saved him. Another climber from Seven summit wasn’t so lucky, a rock dropped on his shoulder, he is estimating his situation in camp 2. This is one of the dangers in the mountains, rock drooping down on high speed. Some of the climbers from Seven summit have decided to retreat from the summit push.
John Snorri also noticed small frostbite on one of his finger, but he says it will be fine, he has medicine to help him control it. But Ali and his son Sajid are feeling good. There are lot of avalanches on Broad Peak today, they can hear them and see them coming down the valley.

Seven Summits Treks – At C1, 18 or more from SST on the Mountain

Seven Summits Trek’s has sent eight Sherpas up to fix the route, and stock the camps for their members. By my count, there are 15 members (perhaps fewer) and about 20 Sherpas still left. Perhaps nine or more members along with two or more climbing Sherpas are with them in addition to the eight already on the mountain. This puts 19 people from SST on this summit push, leaving six or so members hoping for another window.

Dawa gave this update on climber’s status. 18 are still on the mountain while 7 have retreated to Base Camp for unknown reasons.

Simone Moro, Alex Txikon, and Iñaki Alvarez along with the separate team of Tenji Sherpa and Vinayak Jaya Malla are making good progress fixing the route and have begun thinking bout the summit. Alex’s update:

Third rotation at altitude (in 4 days) passed with excellent sensations. We are working on a new very good and super alpine route! We reached 6,650m, surpassing the 6,450m reached yesterday by Simone, Vinayak and Tenzing. Puffaaa I’m dead but sooo happy !!! Now we have to rest at BC. The next few days, if the weather continues like this, could be crucial!! 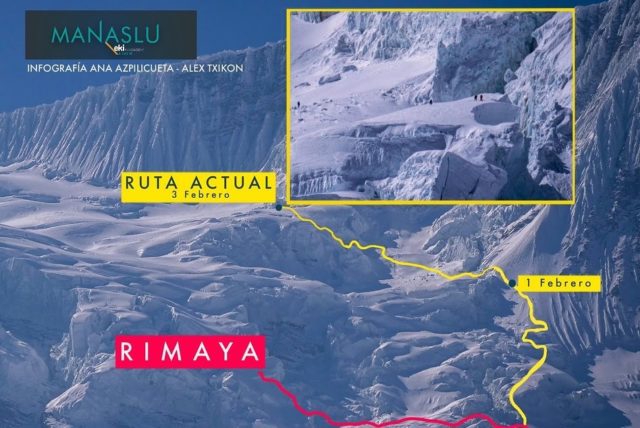