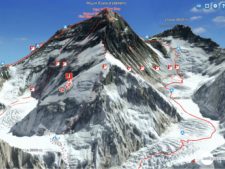 One is going for the summit and one is doing laps on Everest. We will know at the end of this week if Everest will see a winter summit this season.

German alpinist, Jost Kobuschh’s is back down to his Camp 1 at 6,100-meters/20,000-feet after establishing Camp 2 a couple of days ago at 6,760-meters according to his tracker. His high point for this expedition is 7,329-meters/23,750-feet. There have been high winds, so he may be satisfied to have touched the West Ridge and is returning base camp. He told reporters he will end his effort by February 29.

In review, he is attempting a winter, solo Everest climb without supplemental oxygen and no Sherpa support. This exact style and the route have never been attempted or accomplished. You can track his location on this excellent map from 3D Reality Maps. 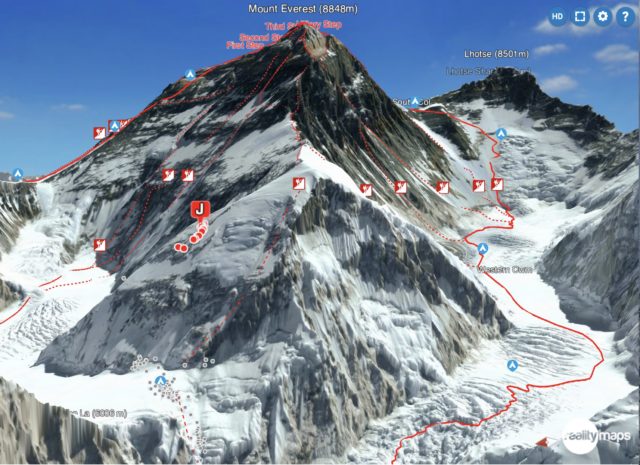 Txikon and Tashi On Final Push

Alex Txikon and team left base camp Tuesday for their final summit attempt targeting February 28 for the summit. They had planned to reach C2 but appear to have stopped at C1 around 6,000-meters/19,600-feet.  Angela Benavides, Press Manager, sent out this release that read in part:

Heavy snow falling and the need to remix some sections at the Khumbu Icefall have slowed down the team. Alex and the five nepalese climbers have stopped for the night in Camp 1. Otherwise they feeling good and ready to proceed to Camp 2 and, conditions permitting, further up, tomorrow.