The historic winter summit of K2 is underway on Saturday, January 16, 2021, by an all Nepali team. K2 is the last of the fourteen 8,000-meter peaks not summited in winter.

The plan was to leave high camp around 1:00 am Saturday morning and summit about 12 hours later. Of course, a lot depends on snow and wind conditions. It will be cold, with wind chills hovering around -55C/-67F. They will be setting the fixed rope as they climb, so later teams will probably move faster. Remember that Migma G is climbing without supplemental oxygen. He could be the first to summit K2 in the winter with no Os.

Spanish climber and Seven Summits Treks’ Co-Leader Sergi Mingote is reported to have fallen between C1 and ABC and was unconscious, a rescue is being organized. Simone Moro is assisting from Manaslu.

NO UPDATES from the team as of this time. I’m in continuous contact with their teams. I’m told all ten climbers will collect 30 feet below the summit and top out together. The weather remains good but the winds are forecasted to pick up significantly later Saturday night into Sunday.

There are a few scenarios: 1) they are holding the announcement for sponsors (primarily Nim’s Red Bull, etc.) 2) they are just celebrating for themselves and will get to us eventually or 3) they are waiting for the slowest climber to join them to summit together.

Mingma G says at 1:00 “We are now 200m away to make Nepal n climbing community proud. “They are now past the Bottleneck, and the Traverse and will summit around 2-2:30 pm local time.

SST Leader, Dawa Sherpa later posted from Base Camp that “ he team planned to stop 10 meters below the summit, form a group (all 10 climbers) and reach the summit together! 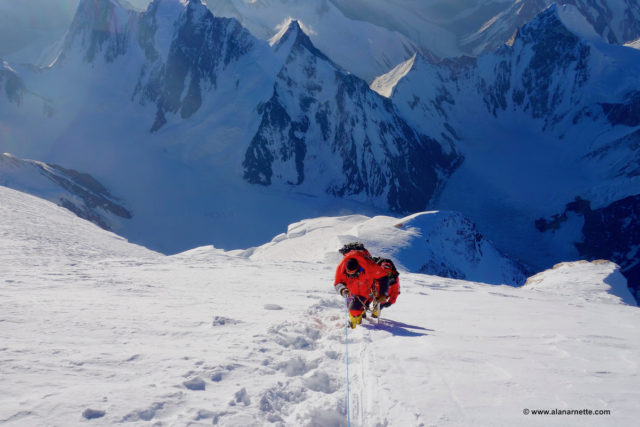 Dawa from SST notes: “Team crossing bottle neck in Mt. K2.” If they left at 1:00am, this is extremely slow but they are fixing rope and have a climber without Os. Current wind on K2’s summit from windy.com. Amazing.

There is always a time lag in these ascents. I assume they will cross the Traverse quickly and summit in the afternoon, which, unlike Everest, is not a problem. 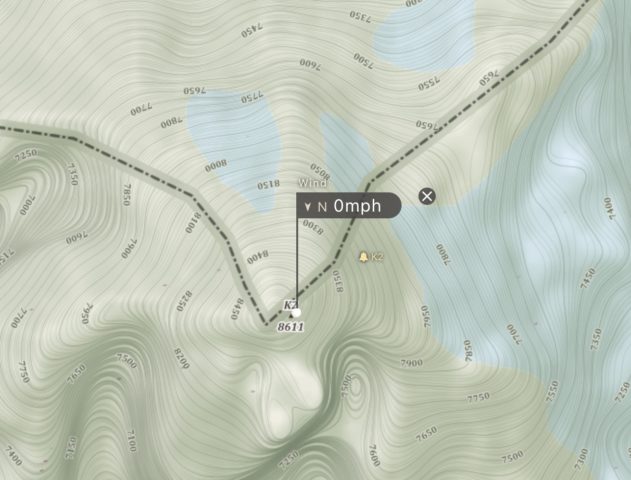 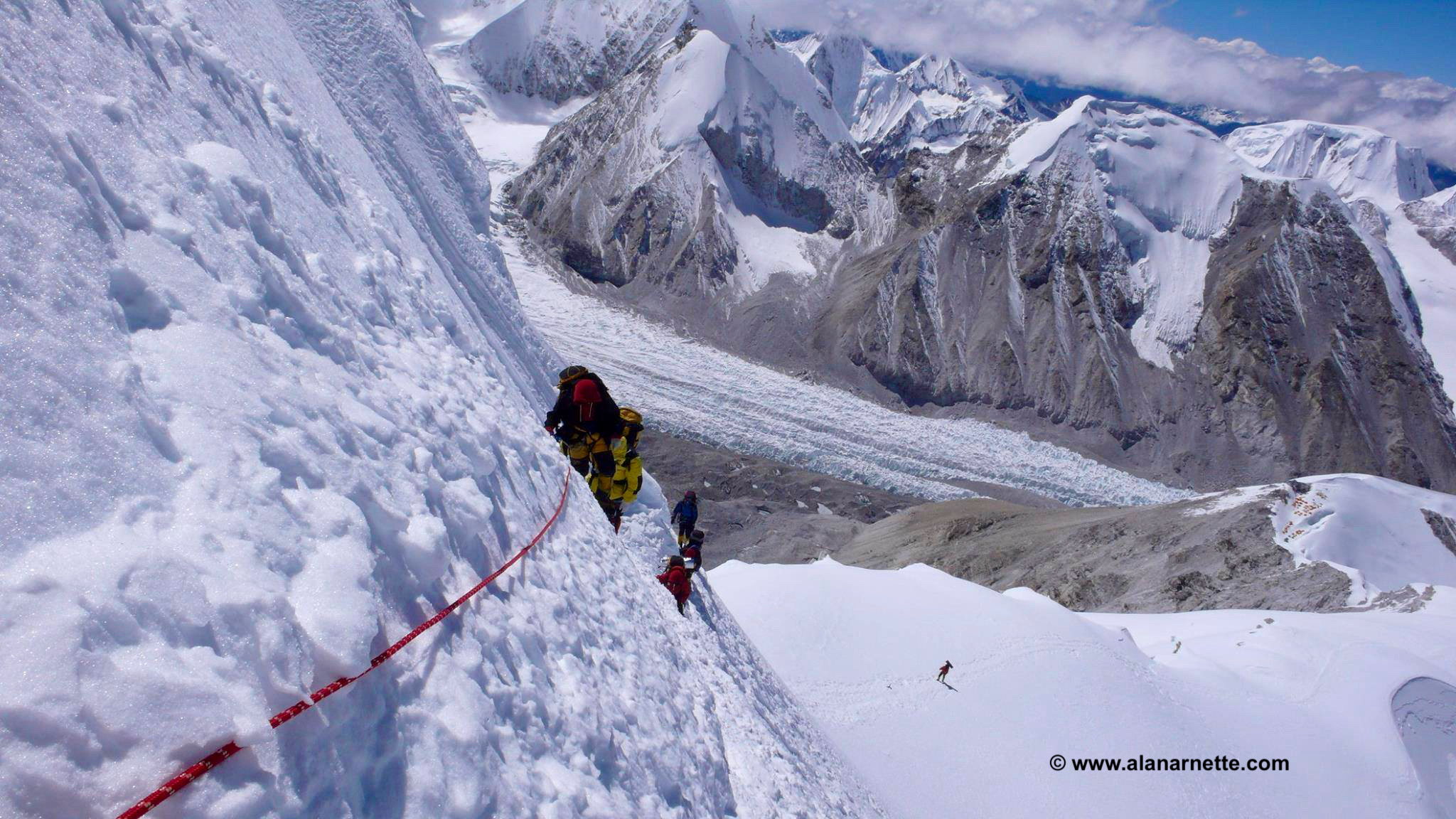 Summit Push Update #1, 01:00: Climbers should have (seeking confirmation) left High Camp and are climbing towards the Bottleneck, which is notorious for rockfall. They are climbing in the dark under clear skies, temps around -40C with a windchill at -50C. It should take several hours to reach the traverse, which is the most time-consuming part of route fixing. It can take several hours. 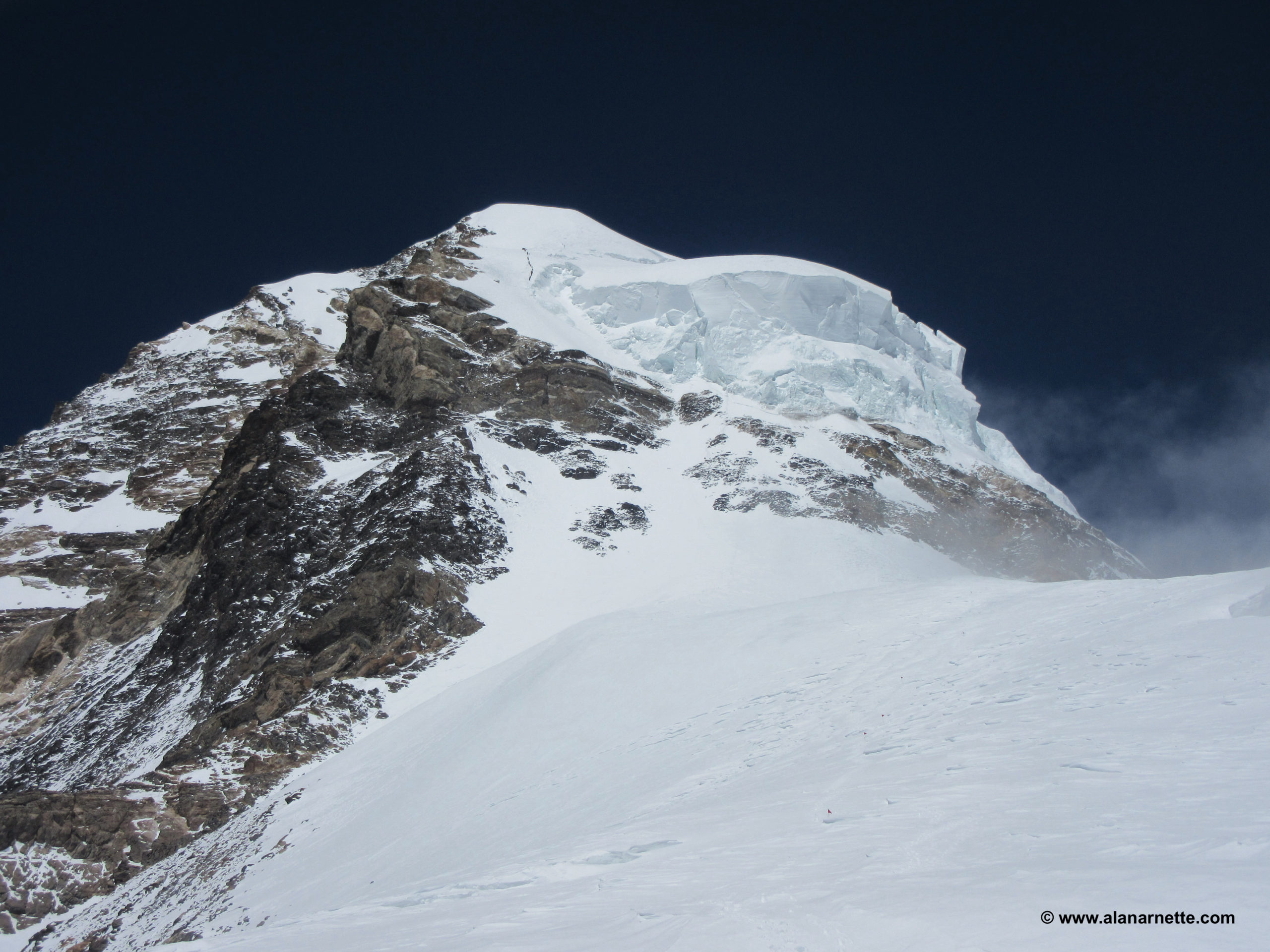 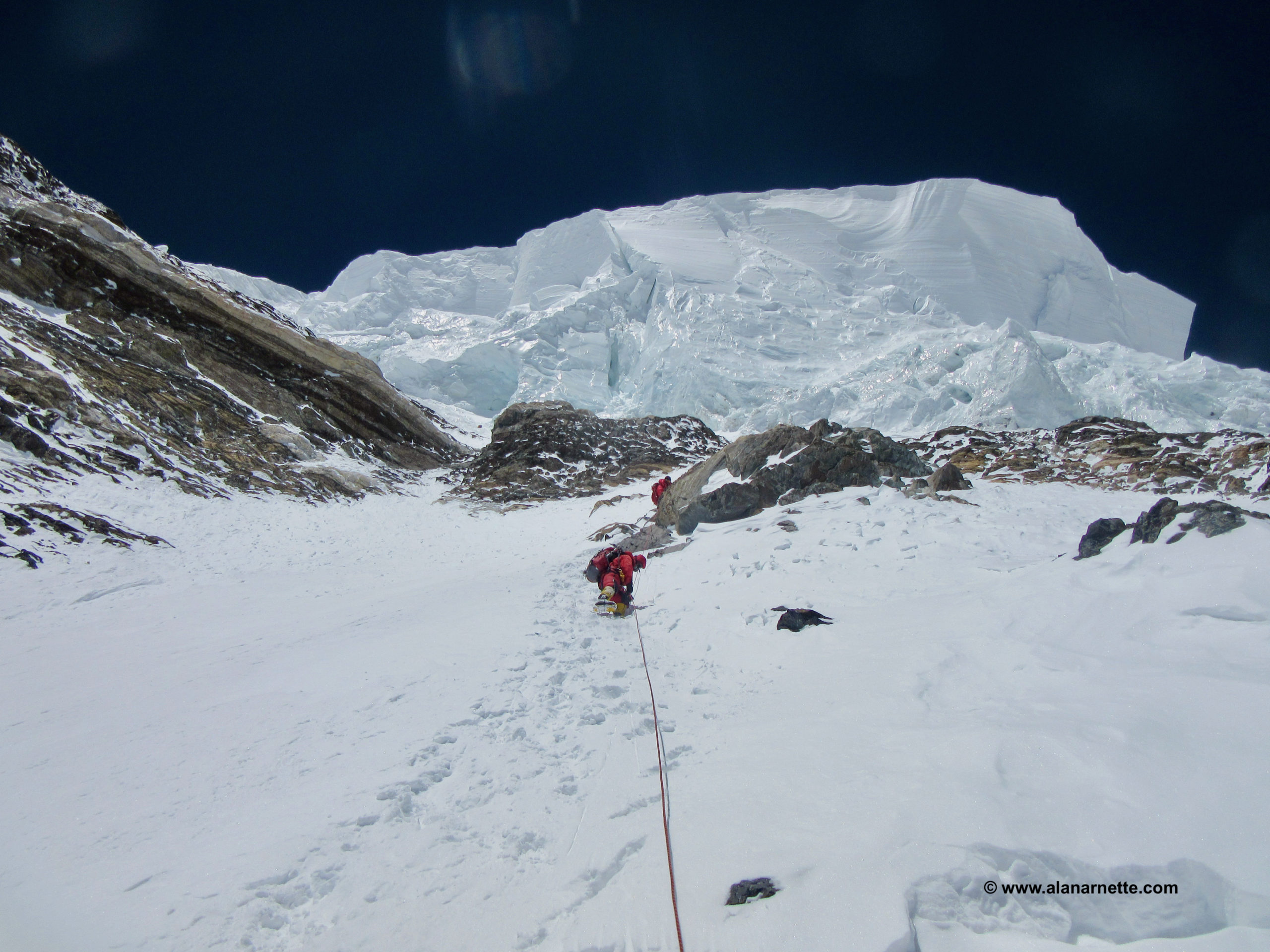 Nims will lead the summit team and they suggest there will be no one person claiming the summit but rather a team summit on behalf of Nepal. This has been Mingma G.’s plan all along with his Sherpa only team. Nims summit team is also only Sherpa. One Sherpa from Severn Summits Treks is on the summit push. Both gentlemen, Mingma and Nims, have expressed a deep desire to show the world that Nepalis are just as credible climbers as any other nationality on the planet.