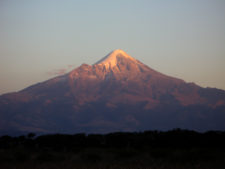 Local officials report one death and multiple rescues on the 18,619’/5675m Mexican volcano, Pico de Orizaba, last week. The conditions had been reported as unusually icy on the moderate slopes leading to the summit. The deceased has been identified as American Jason Keith Wolfe, 41, of Denver Colorado. source

Search and Rescue from Socorro Alpino unit Tlachichuca group took 19 hours to recover the body and transport to the Forensic Medical Service Serdan City. SAR posted on their site:

According to reports guides and rescue teams on the site, the accident occurred on the northwestern side of the mountain. An American mountain climber lost control while skiing on the glacier of Pico de Orizaba, and died after suffering a fall.

The American was accompanied by a guide of the same nationality, who informed and asked for help from the authorities. So far we only know that both had “experienced” high mountain skiing. Unfortunately, it is presumed that it was a freak accident.

In recent years, crevasses have opened on Orizaba including in 2015 when two mummified bodies were exposed. Teams generally rope up in the areas known for crevasses and bergschrunds. 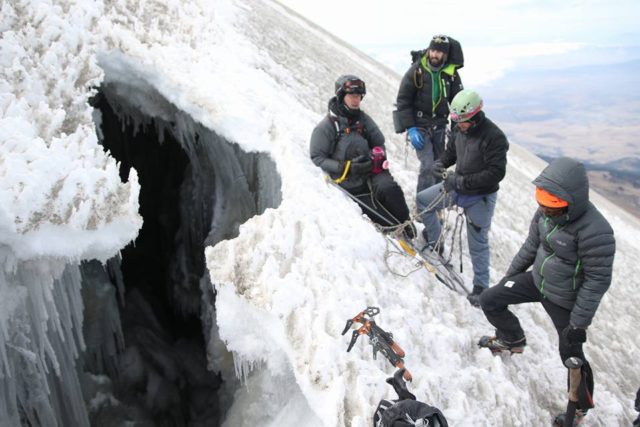 Orizaba crevasse or bergschrund in February 2016 near 18,100′ source SummitPost.org

The trouble became apparent as the Mexico navy was alerted on Saturday that five mountaineers, including Americans and Mexicans, were in trouble near Orizaba’s summit. Mark Smiley, his guide, said he “left the body ‘marked’ and ‘secure’ near the top of the volcano as he descended to seek help.

The first rescue using a helicopter failed due to poor weather but the navy team succeeded rescuing two of the climbers and an additional rescue team brought down the remaining climbers. 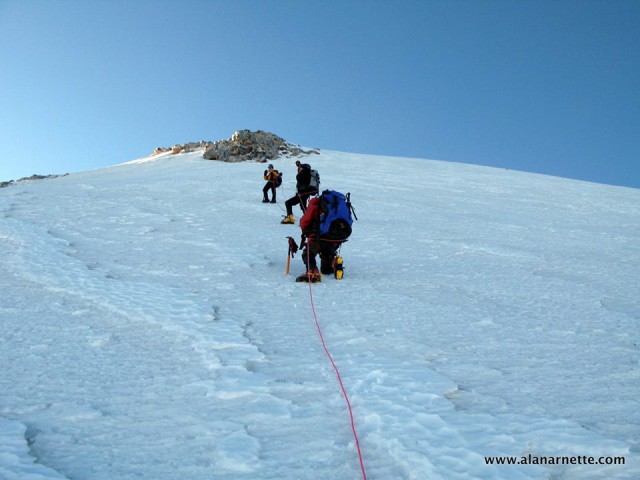 Upper flanks in 2008 by Alan Arnette

Orizaba its a very popular climb for independents and commercial groups from the US. It is the third highest peak in North America after Denali and Mt. Logan in Canada. Many climbers use to test their bodies at altitude or for skiing.

Orizaba is a relatively safe climb but has seen deaths. There were reports of other teams on the mountain that same day and perhaps other rescues but no deaths. Commercial teams tend not to discuss incidents.

There are no central statistics but local guides estimate about 2,000 climbers make a summit attempt each year with an estimated 50% success rate. It is estimated at around 60 people have died climbing Orizaba. Since it is only 60 miles from the Gulf of Mexico, Orizaba gets hits with high winds and storms.

In response to these recent incidents the governments of Puebla and Veracruz states, along with the National Defense Ministry, said they planned to revise rules on access to the peak to prevent inadequately trained or poorly equipped climbers from risking their lives according to this report.

Wolfe had summited Mt. Everest in May 2017 and was highly experienced. He cofounded the Wharton Mountaineering & Climbing Club and was a member of the Explorer’s Club.

My condolences to his family, teammates and friends.

One Response to “Death on Mexico’s Orizaba”