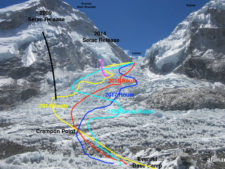 As we approach mid-March, some families around the world are shifting their minds to Everest. Soon they will make that drive to the airport to send their loved-one away for two months knowing they are going on an adventure of their life. For the climbers, this is all about the dream. For the ones left behind, they only have one dream – to hug them once again.

By now, all the gear is bought, the training is complete and all that is left is to leave nothing left unsaid. For the climbers, once they sit down in that airplane seat, the journey begins. Hopefully all the work over the last year, all the climbs over the past decade have lead to this point. They are well prepared and empowered with positive support.

The Icefall Doctors are almost to Everest Base Camp on the Nepal side per this article in the Himalayan. This is normal and there have been requests from the large commercial operators to get the route in by 1 April to allow the upper camps to be established and reduce the crowds on the route by spreading the climbers out.

I like that the article list the Sherpas names, who will make $3,000 each for the two month season. Climbers pay $600 each to use the route. This fee is usually part of their overall expedition price.

The route thru the Khumbu Icefall has changed over the decades based on ice conditions and objective dangers. Of course the ice serac release in 2014 that took 16 lives was the most recent, and deadly, Icefall tragedy. That year the route followed the 1952 Swiss attempt hugging the left shoulder. While the ice was more stable (glaciers move less at their edges) it was directly underneath tons of hanging ice seracs.

The next year it moved more towards the center and last year was even closer to Nuptse. Obviously there are hanging seracs off Nuptse so it becomes a judgement call as to where to put the route. Ang Kami Sherpa, the leader of the Icefall Doctors has been fixing the route for 20 years. A couple of years ago, long time Everest climbers and observers, Pete Athens and David Brasheres provided consulting to the Doctors on route placement based on high resolution aerial photographs.

This year, 2018, the Docs have a slight benefit in that Alex Txikon’s team put the route in for their ill-fated winter attempt. It’s not known which route they selected i.e. left, center, right but most certainly it was more to the right than left. 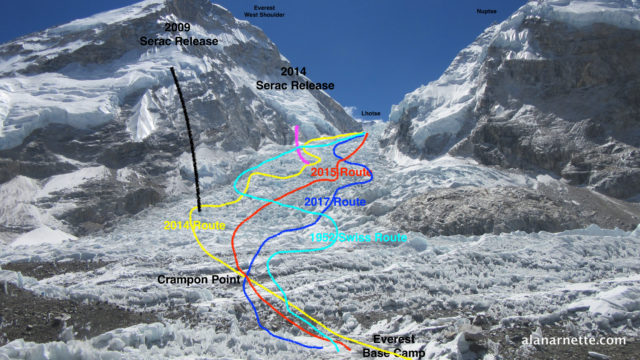 The Chinese are planning for more climbers and crowds on their side of Everest. As I previously reported, China will invest $14.7 million in a mountaineering museum near the Tibetan township of Gangkar (Gonggar County) – about 20 miles from the traditional Everest Base Camp which is used as a base for attempts on Everest from Tibet. The new Center is planned to open in 2019 – three years before the Olympics. According to the China Daily report, the center will cover 900,000-sq.-ft. – the equivalent of 3.5 Super Wal-Marts – and support mountaineers, skiers, paragliders and tour guides, plus medical services, travel agencies and a helicopter rescue base.

In a recent press release, the Chinese-Tibetan Mountaineering Association (CTMA) said: “With the growing number of climbers on Everest, we are seeing increasing amount of debris on the slopes of the mountains. Environmental protection is our job and responsibility that will benefit future generations ”

The North (Tibet) side of Everest has seen more trash over the years due to the lack of regulations and a bit of a “wild-side” style. However, similar to Asian-Trekking’s Eco Everest climbs and other efforts to clean up the South (Nepal) side, in 2017 Chinese climbers and volunteers brought down trash left at altitude between 5200 to 6500 meters.

With more climbers on Everest, the Chinese are putting new rules in places to manage the crowds. They sent a letter to all 2018 teams informing them of a $5,000 trash deposit and the requirement that every climber bring down 8kg of rubbish. Nepal has been doing the same for year with a $4,000 deposit but never enforced the climber collection policy. China has a better Liaison system – one at base camp instead of Nepal’s one per team who never shows up at base camp, thus the Chinese  approach may work.

To begin to address unqualified climbers, China now requires a health certificate for each climber along with their permit application. If the climber is using a Nepal guide service, that company must provide all their registration details to the CTMA (amazing this has never been a requirement, but again, anyone could guide on Everest – either side – with no qualifications.)

They also added the option to drive to Base Camp via the Kerung border. This will make it less expensive compared to flying to Lhasa and driving to BC from there. Finally, I’m being told the CTMA locked the permit price at current rates until 2020. An Everest climbing permit from the Chinese (North side) is now USD $9,950 per person for a team permit of 4 or more; with three or fewer members, the permit skyrockets to $19,500 per person. Nepal charges a flat $11,000 per person regardless of team size. Again, there are rumors of Nepal increasing the permit fee to $15,000 for 2019 – but that is a rumor.

There are rumors that the Chinese will bring stricter rules on who can climb and guide Everest but that may not occur until next year.

The Himalayan Medics organization said they have trained over 1,200 Nepalis on Wilderness First Aid in the last year and a half. Asian Trekking  sent all of their 2018 climbing Sherpas thru the training this year. This training along with the work at the Khumbu Climbing Center to train Sherpas on climbing skills will hopefully pay off with fewer rescues, injuries and deaths. But the key is that more support staff now have improved skills to increase the safety of climbing Nepal. 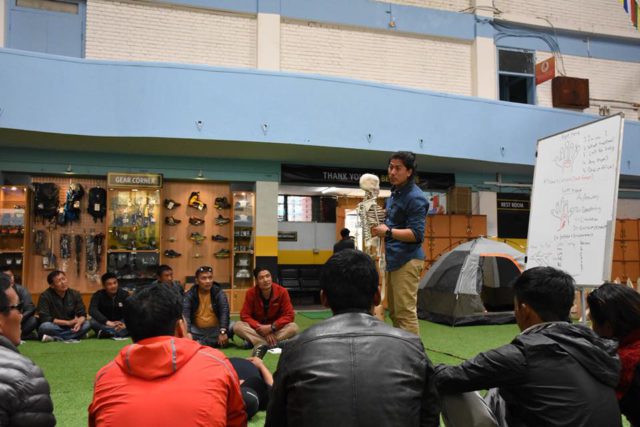 For those of you who don’t climb but like to run, what is advertised as “The World’s Highest Race – BREATHLESS” will take place on 26 April 2018. You fly to Lukla then trek to Gorak She where the race begins. On the 26th you hike up Kalapathar at 5,644 meters early in the morning then at 9:00AM the race begins from Kalapathar ending at Syangboche (3,780m). The total running distance is 21.7 KM. It is organized by 14 Peak Expedition and Seven Summits Treks. 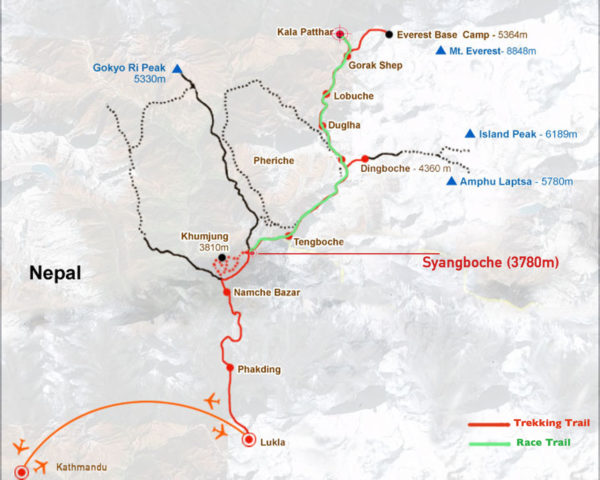 OK, not much will happened for the next few weeks as climbers are traveling to Nepal and China. Once there they meet their teams, take care of a few details then begin the journey to their base camps. The recent crash at the Kathmandu airport that took 51 lives certainly will have many concerned, but sadly this is part of air travel in Nepal. Climbing will begin around 15 April on the Nepal side and a few days to a week later on the Tibet side.

If I was going this year, this would be my last minute check list:

Alas, I will be home this year covering the action from Colorado, but there with the climbers in spirit.